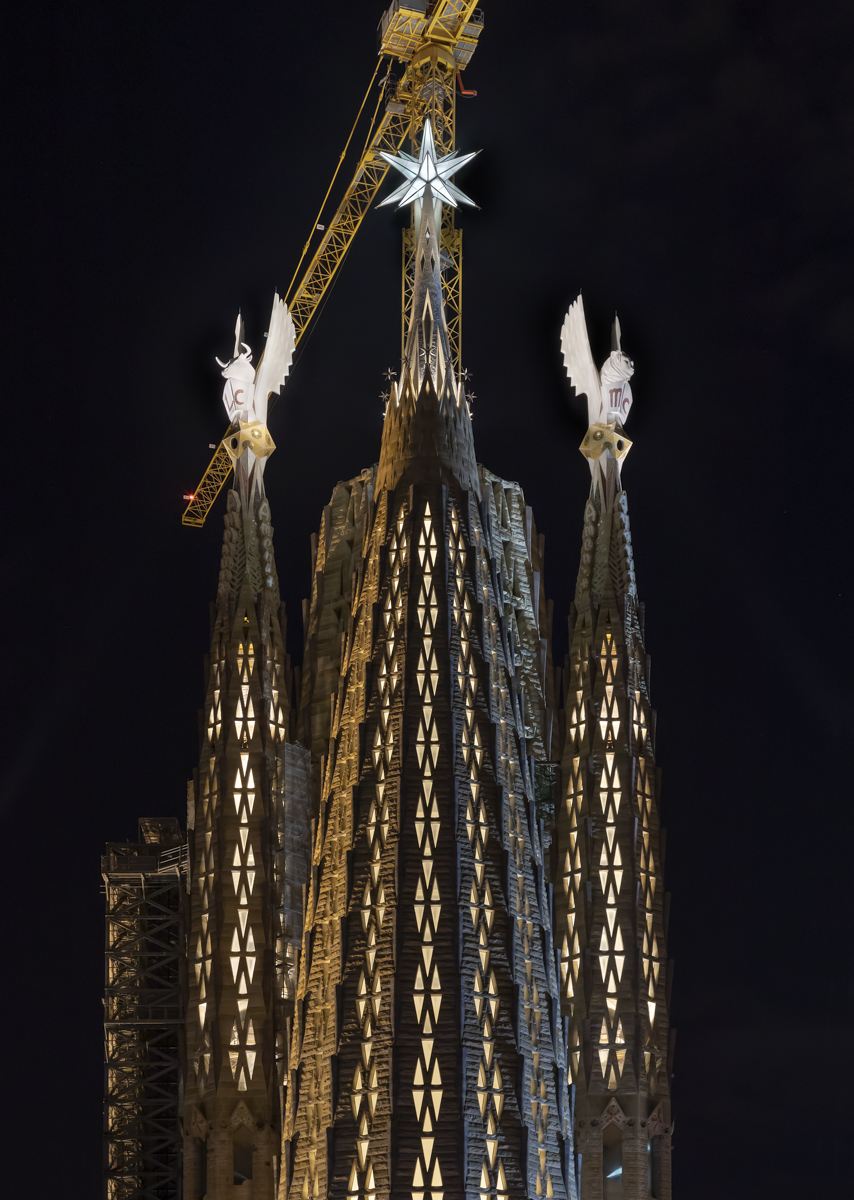 Go back to NEWS

At the end of 2021, the iconic star of the Virgin Mary was illuminated for the first time, crowning one of the central towers of the church of the Sagrada Família. Since 16 December 2022, two new landmarks at the Barcelona skyline have been shining next to the star, the Evangelists’ towers of Mark and Luke. After the traditional Christmas concert, the illumination of the towers of two of the four Evangelists was solemnly inaugurated and presented to the city and the world. Mark is crowned with the sculpture of the lion, and Luke with the figure of the ox. Together with the tower of the Virgin Mary, they had been illuminated every evening until 8 January.

The new lighting of the Evangelists’ towers complements the illumination and becomes an additional important part of the renowned church’s nocturnal image. The lighting concept for the Evangelists’ towers is carefully integrated into the overall image of the Basilica’s exterior lighting. To achieve harmony in the lighting design, each part of the architecture is treated individually, always considering the holistic approach to the entire building. Thus, an orchestrated and adequately subtle nocturnal appearance was created that allows Gaudí’s architecture to be admired.