Office Tower with Urban Flair – The Shin-Marunouchi Building in Tokyo

Called “Shin Maru Biru” by the Tokyo residents, the building rises to a height of 198 meters opposite Tokyo Station. The Shin Maru Biru consists of a stepped tower on a six-storey podium and has four basement levels. While the lower levels house an exclusive shopping mall the tower accommodates state-of-the-art office landscapes. 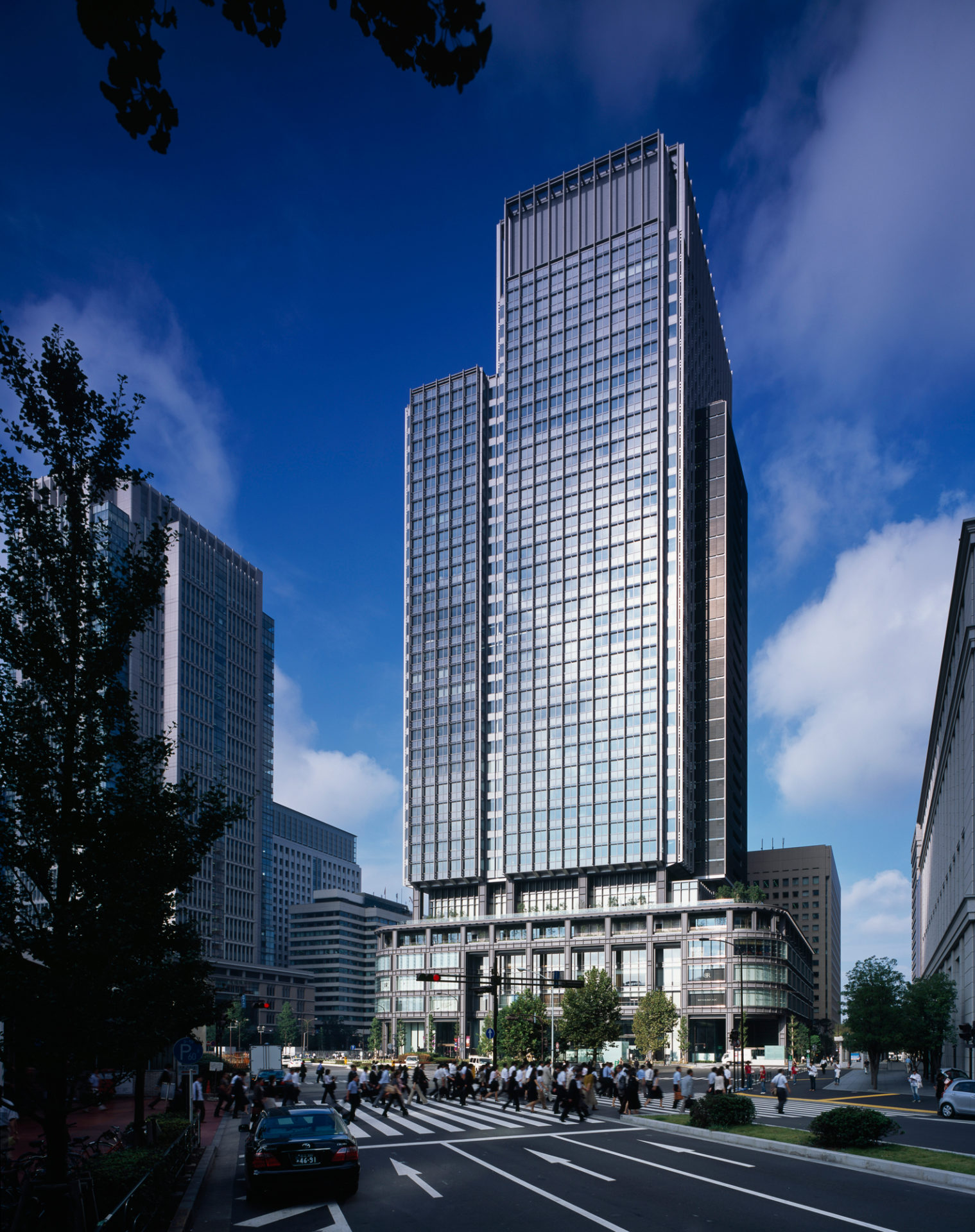 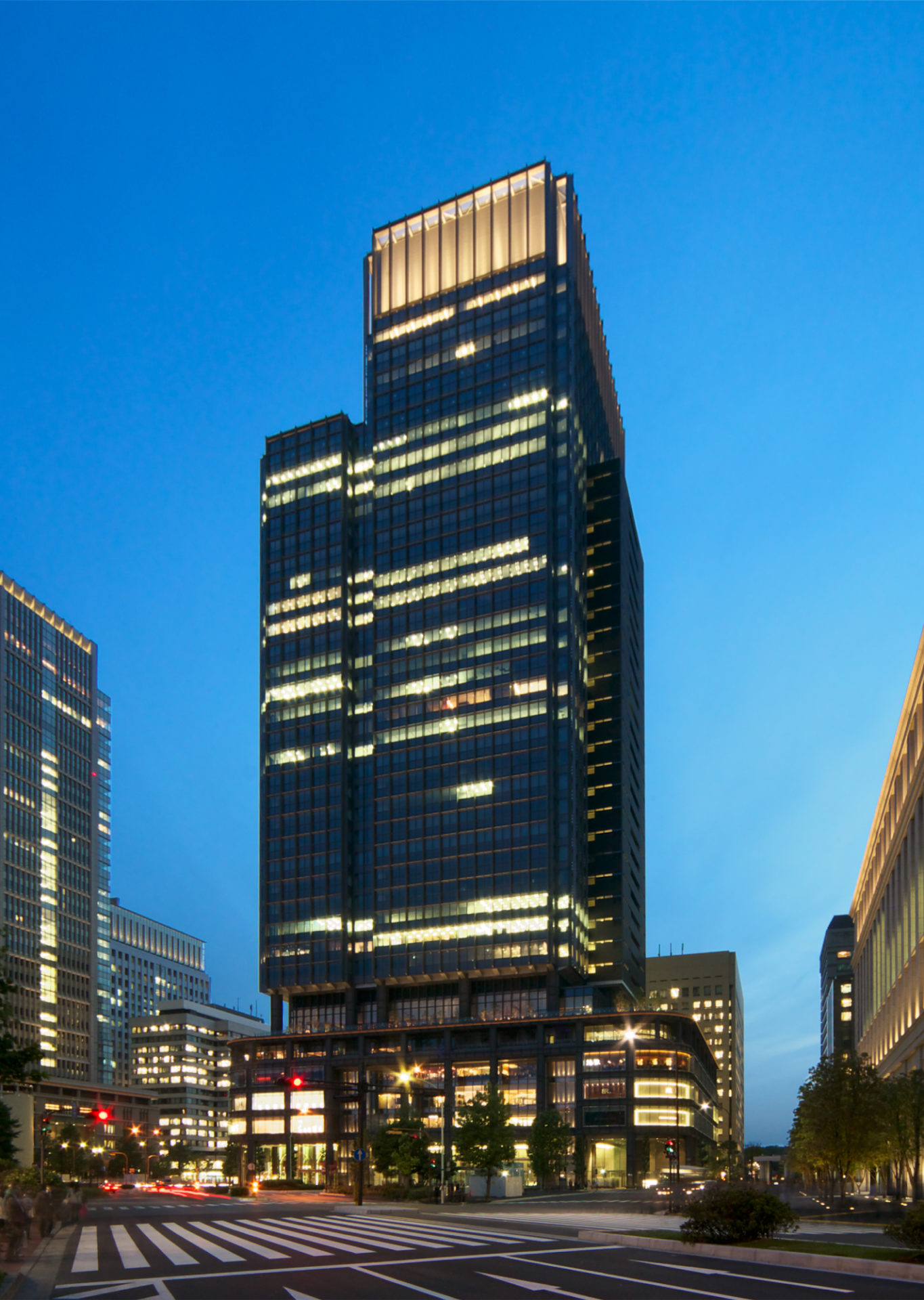 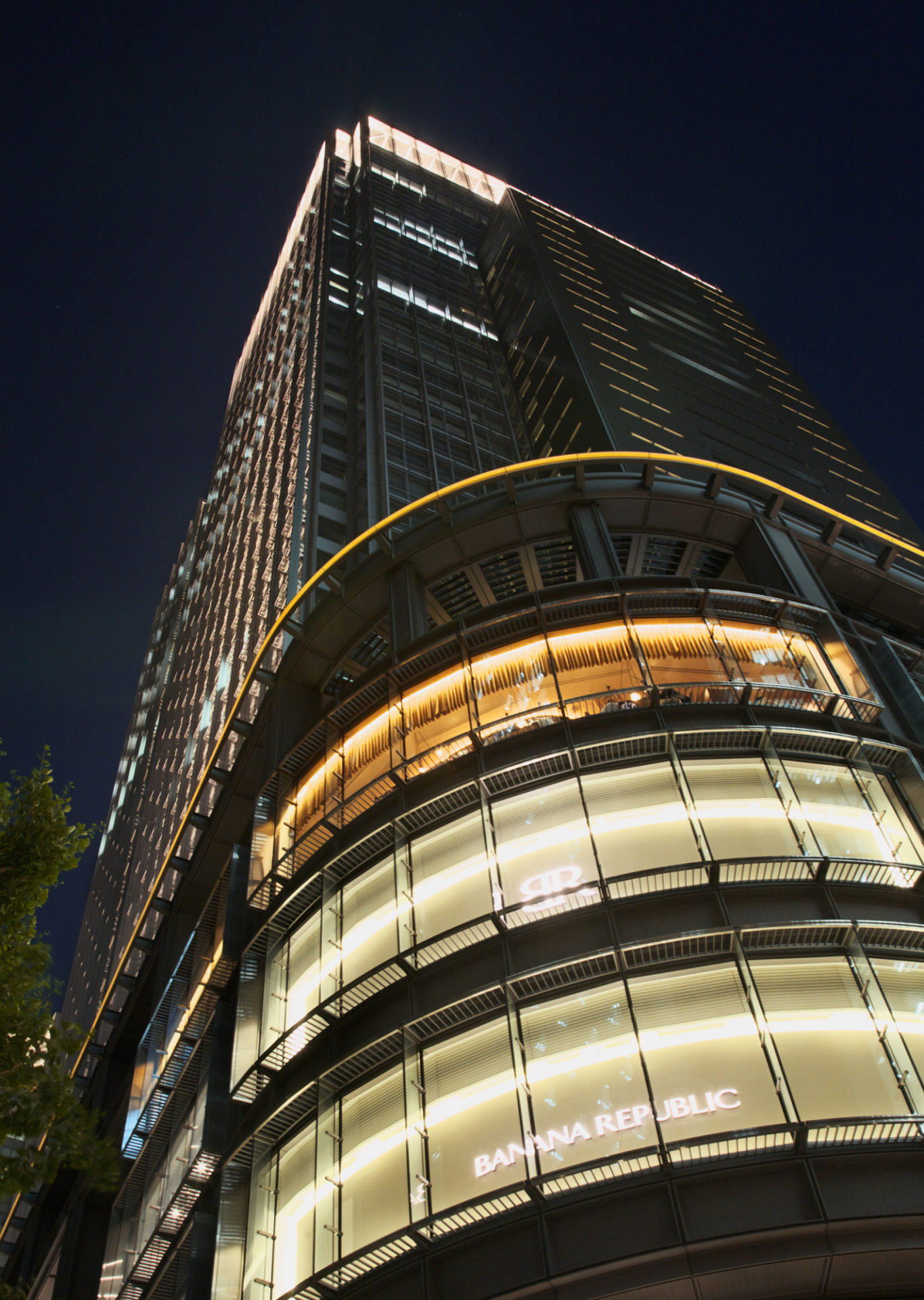 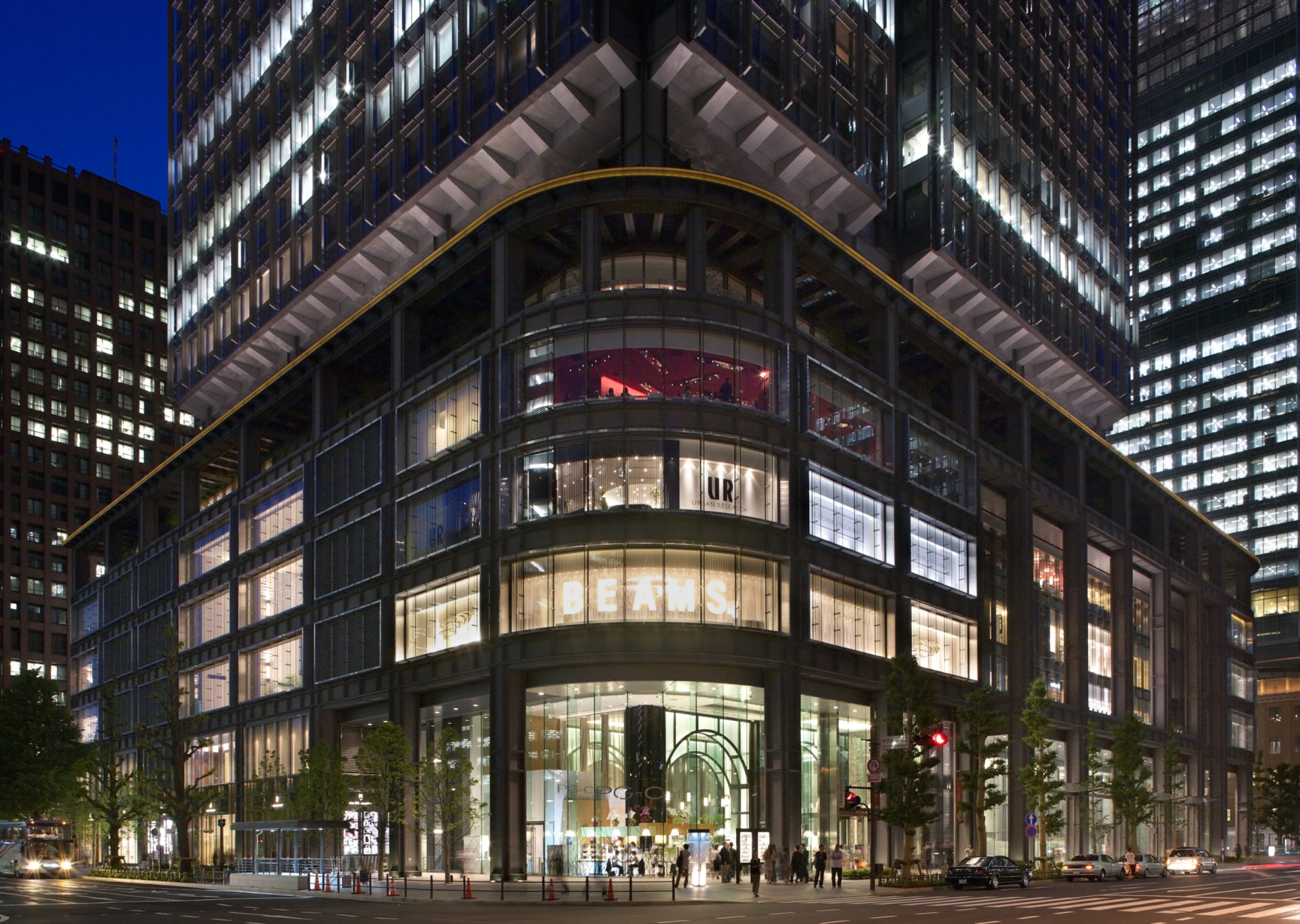 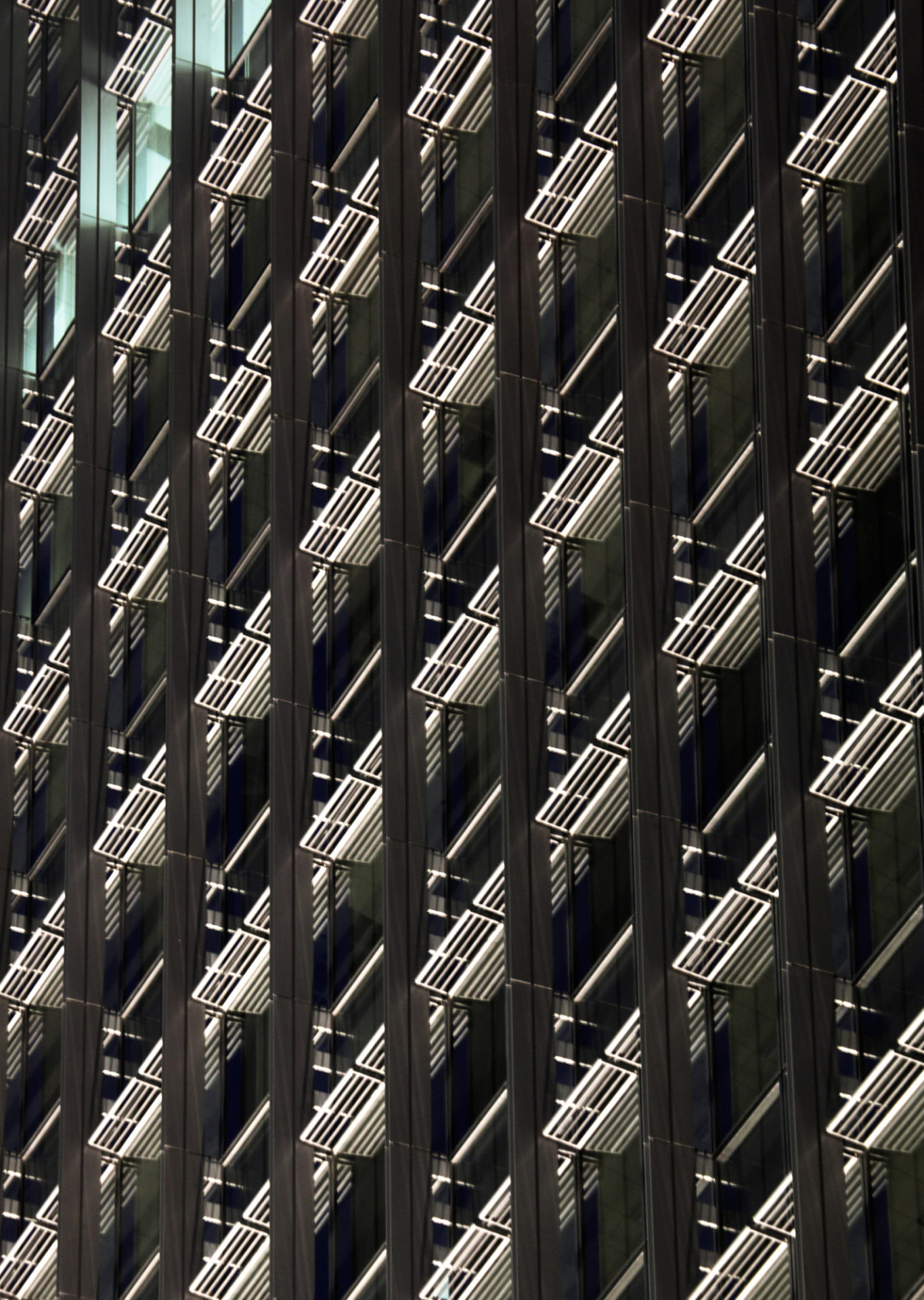 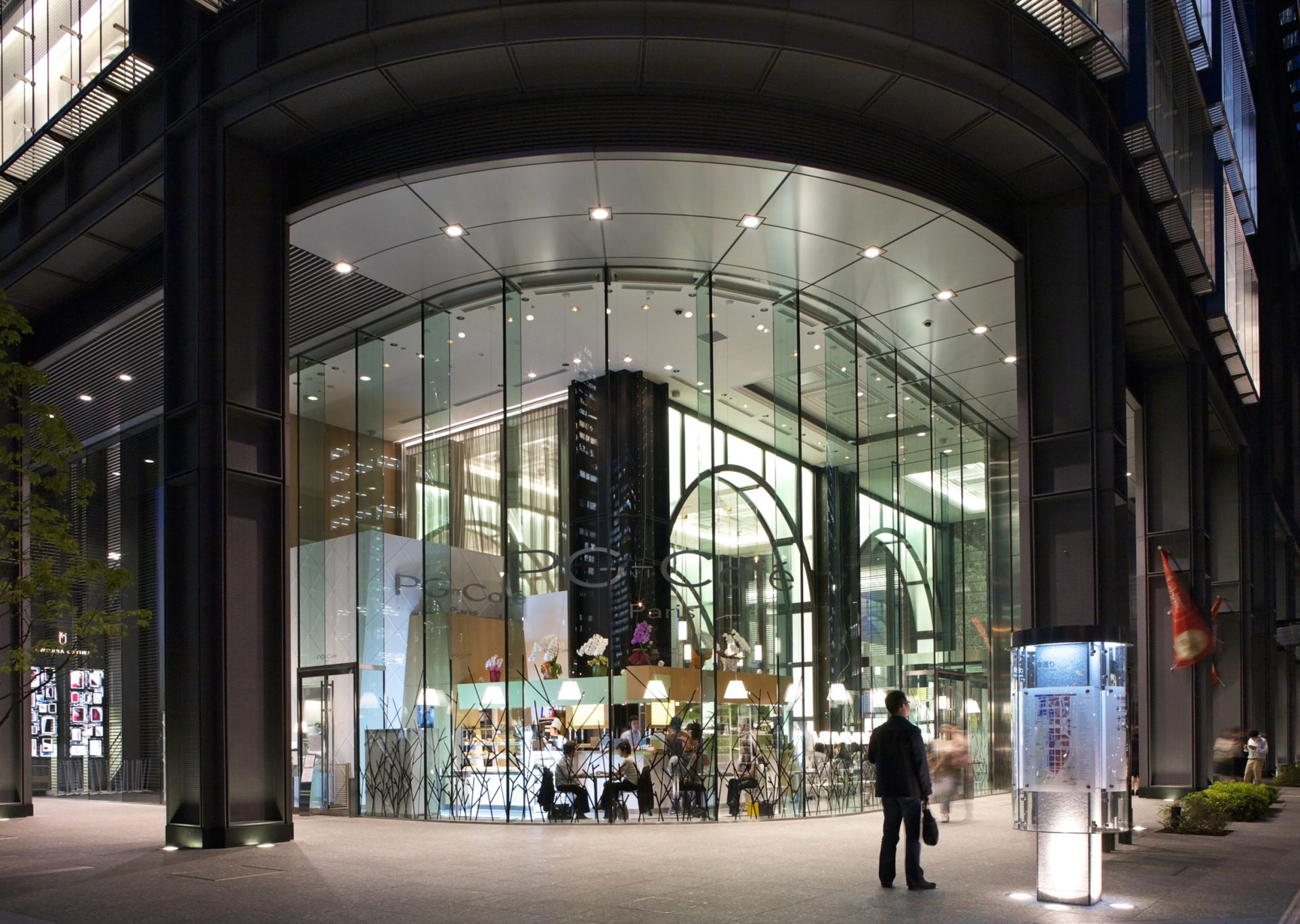 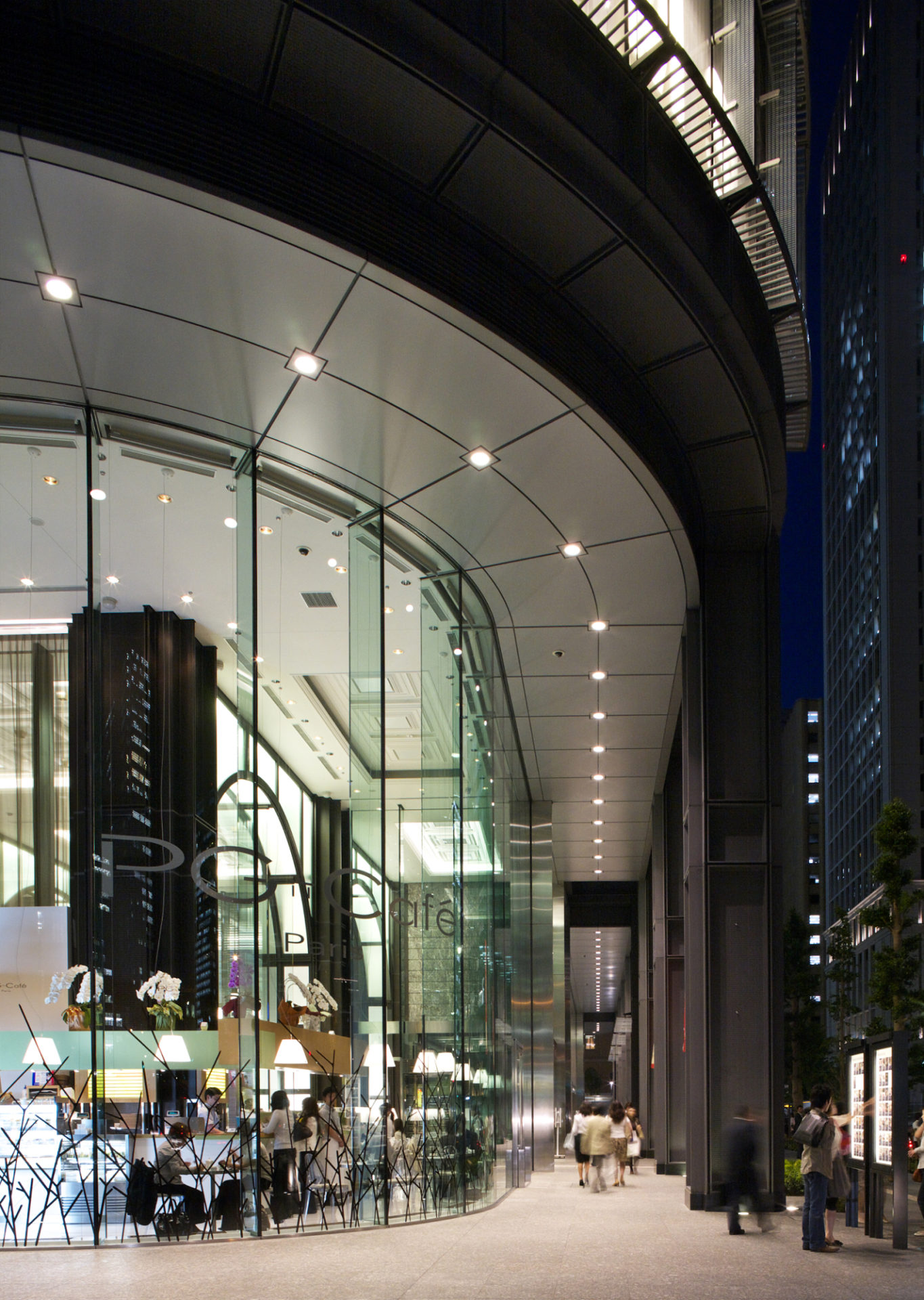 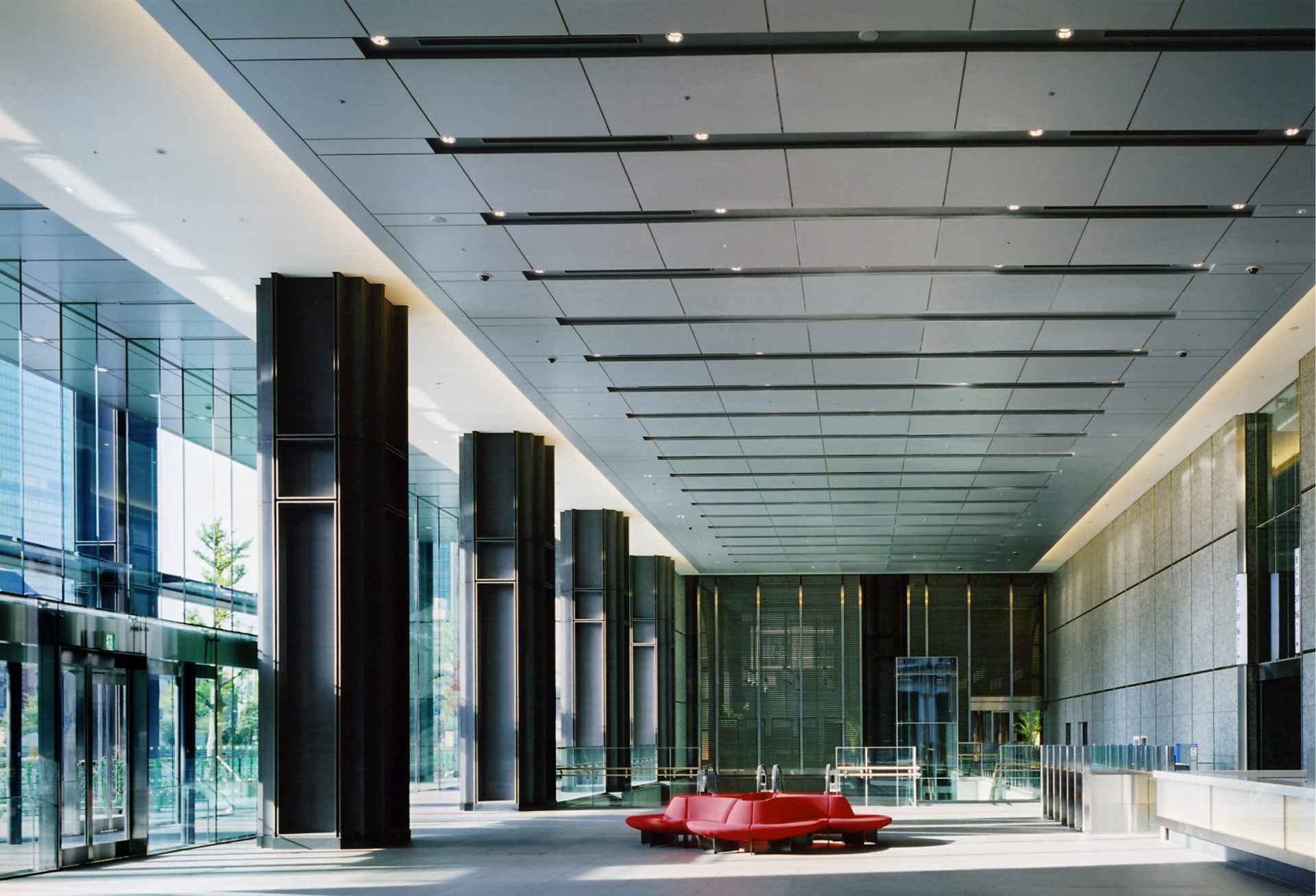 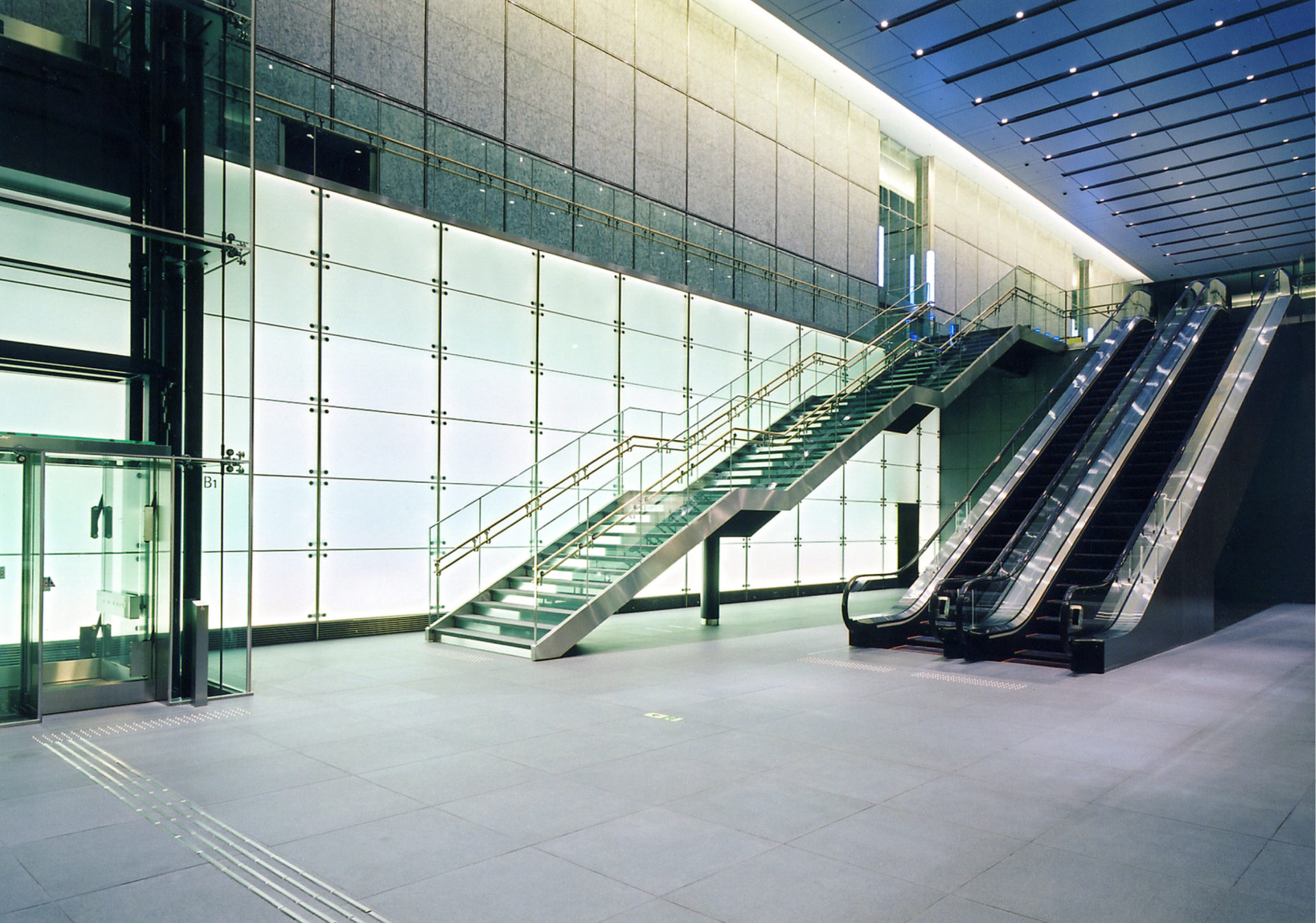 Networking and interaction are literally provided by the building’s cutting-edge IT infrastructure, but much more essential to its communicative atmosphere are the public spaces, which have been established throughout the podium.
The building’s thoroughly urban design is supported by a lighting concept which creates atmospheric meeting places and a welcoming reception area, as well as making a lively external impact at night.

The central access to the office tower is via a large foyer at ground level. Here, the general illumination is provided by downlights within services channels which have been recessed in a metal paneled ceiling. Narrow-beam reflectors and metal halide lamps create a lucent and almost festive light atmosphere. The designers have created a visual accent on the rear wall behind the reception area. From a ceiling recess running parallel to the rear wall metal halide lamps add grazing light on the wall surface. The spatial depth of the entrance area is thus amplified and the visitor is drawn towards the reception desk. During the evening hours the wall, orchestrated with warm light, creates a welcoming impact extending through the glass façade to the world outside.

The stairwell is flanked by a large luminous wall. LED profiles illuminate the rear wall behind the glass cladding, and the reflected light emanates diffusely from the glass panels.

Great attention was paid to the exterior illumination of the Shin-Marunouchi Building, since due to its exposed location and as one of the tallest buildings it is a significant architectural landmark within the district. The nocturnal impression made by the office tower is composed of grazing lights on the facade. High-power projectors, positioned at regular intervals on the podium’s roof, emit narrow-beam light cones up the full height of the tower. Special accents within the path of light are created by lamella-shaped light shelves, cantilevering above each office window to provide protection against the sun. They are expressively illuminated from below and – in conjunction with the vertical grazing light – create a softly gleaming grid pattern on the facade. In addition, the projectors illuminate the underside of the tower thus creating a sense of visual lightness.

Further visual dominance is given to the interface between podium and tower by means of a luminous ribbon, which circumscribes the podium’s upper edge at 31 maters above the ground – Tokyo’s historical eave height. This light contour is created by means of LED strips, which are concealed in a façade-integrated C-profile and softly illuminate the profile’s facing flanges. The top of the Shin-Marunouchi Building is a brilliantly illuminated crown – a recurring stylistic device on a number of high-rise buildings throughout the Marunouchi district. The intention is for this device to become established as a trademark element of Tokyo’s skyline, while at the same time creating a visual relationship among the individual buildings.

While the illumination of the tower and the crown aims to shape the building’s impact when viewed from some distance away, the orchestration of the lower levels is designed to draw the passer-by’s attention at closer proximity. An efficient instrument proved to be the attractive illumination of the double-storey arcades along the windows of the shopping mall. Additional accents are provided by in-ground recessed uplights at the foot of each building pillar.