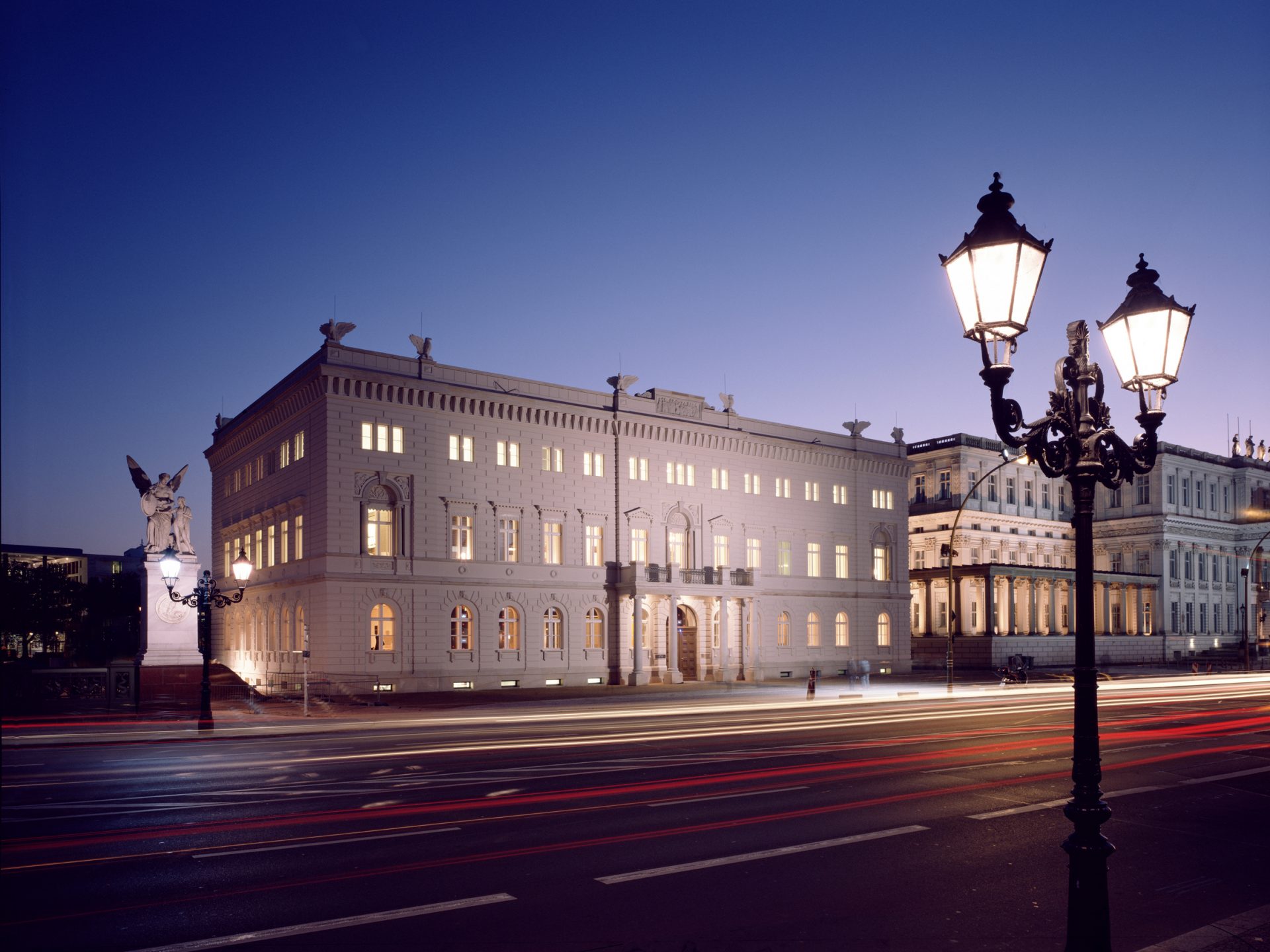 The reconstructed Alte Kommandantur Unter den Linden 1, now in the immediate vicinity of the Humboldt Forum, has served Bertelsmann AG as a representative office and state-of-the-art communications center since its opening in 2003. The historic facade faces the magnificent boulevard, while a fully glazed winter garden unfolds as an independent structure on the rear side. Through a large, ceiling-mounted LED screen, the building conveys its contemporary provenance and its celebration of a successful fusion of restrained opulence and technology-savvy playfulness.

In particular, the use of quite diverse luminous ceilings, adapted to their respective applications, is a recurring motif throughout the building. In the conference area, for example, glass panels with air bubbles, handcrafted in Bohemia, form a visual layer of their own. On one hand, this is made perceptible by RGB LED light, introduced into the edges. On the other, groups of downlights behind them create a powerful source of functional light, which in turn interacts with the luminous ceiling and hides behind it.

The 1st floor bar boasts an alabaster luminous ceiling that gives the space a warm-toned, inviting visual center of gravity. Set into the lively texture of the noble material, well-dimmed directional spotlights in a recessed frame create an exciting light on the bar counter.

The cafeteria in the basement, by contrast, is illuminated by exposed, omnidirectional light sources. Arranged behind filigree suspended, partially frosted panels, the interplay of accentuated brilliance and diffuse glow creates an exciting ceiling image.

The Kommandantur Unter den Linden offers Bertelsmann AG a timeless yet contemporary setting for its self-promotion, right in the heart of Berlin. Light is an integral part of the architectural narrative between classic and modern. 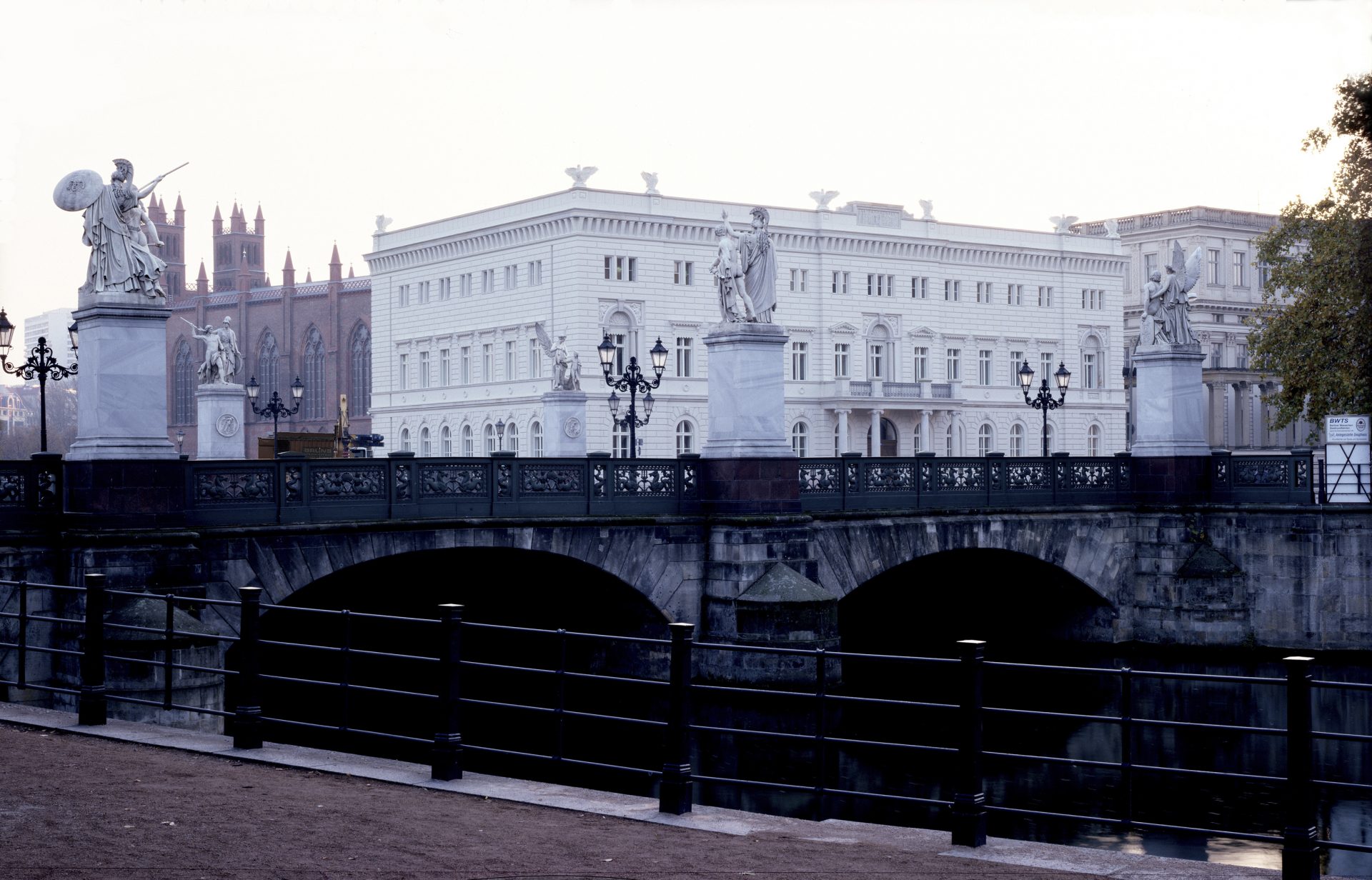 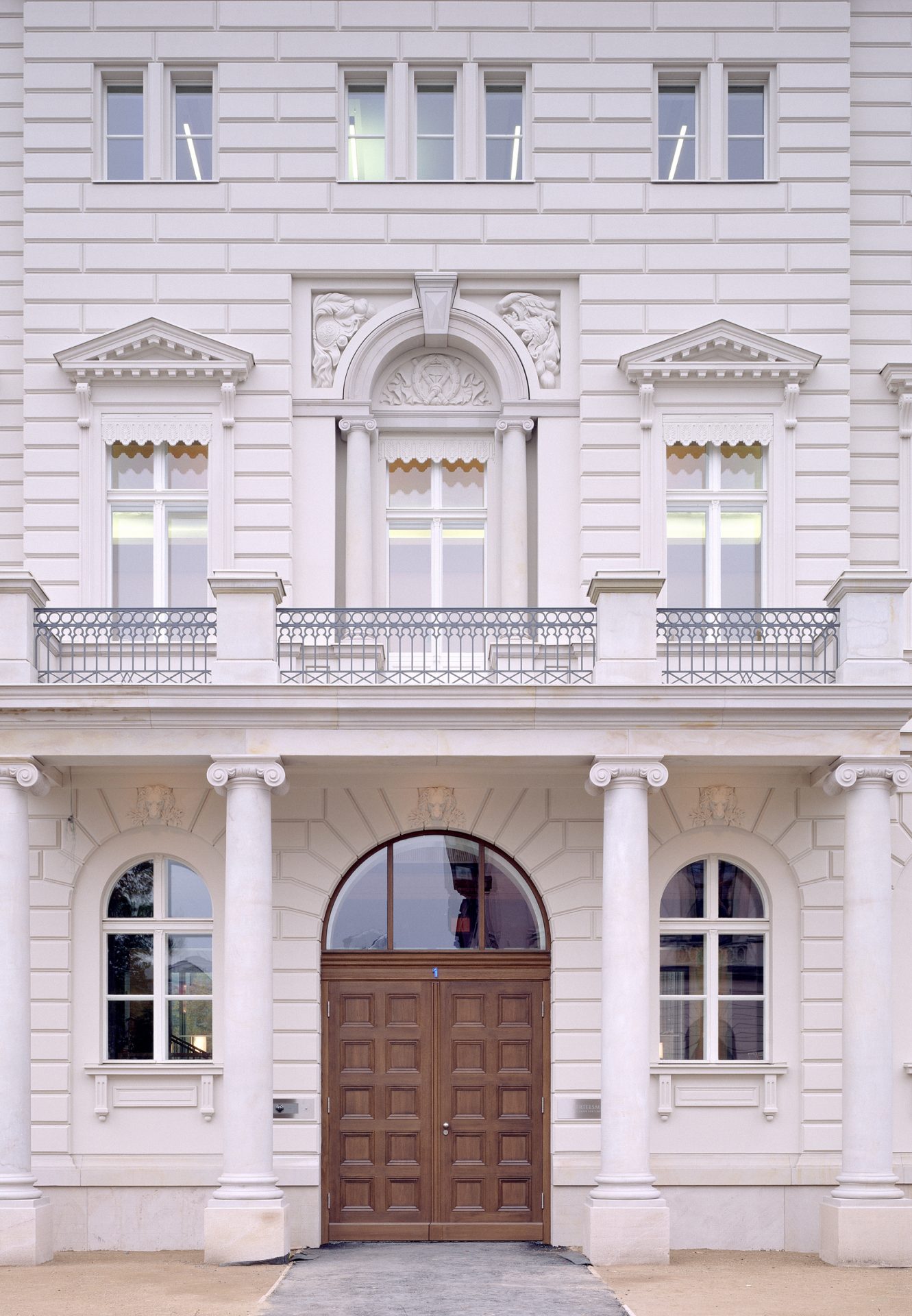 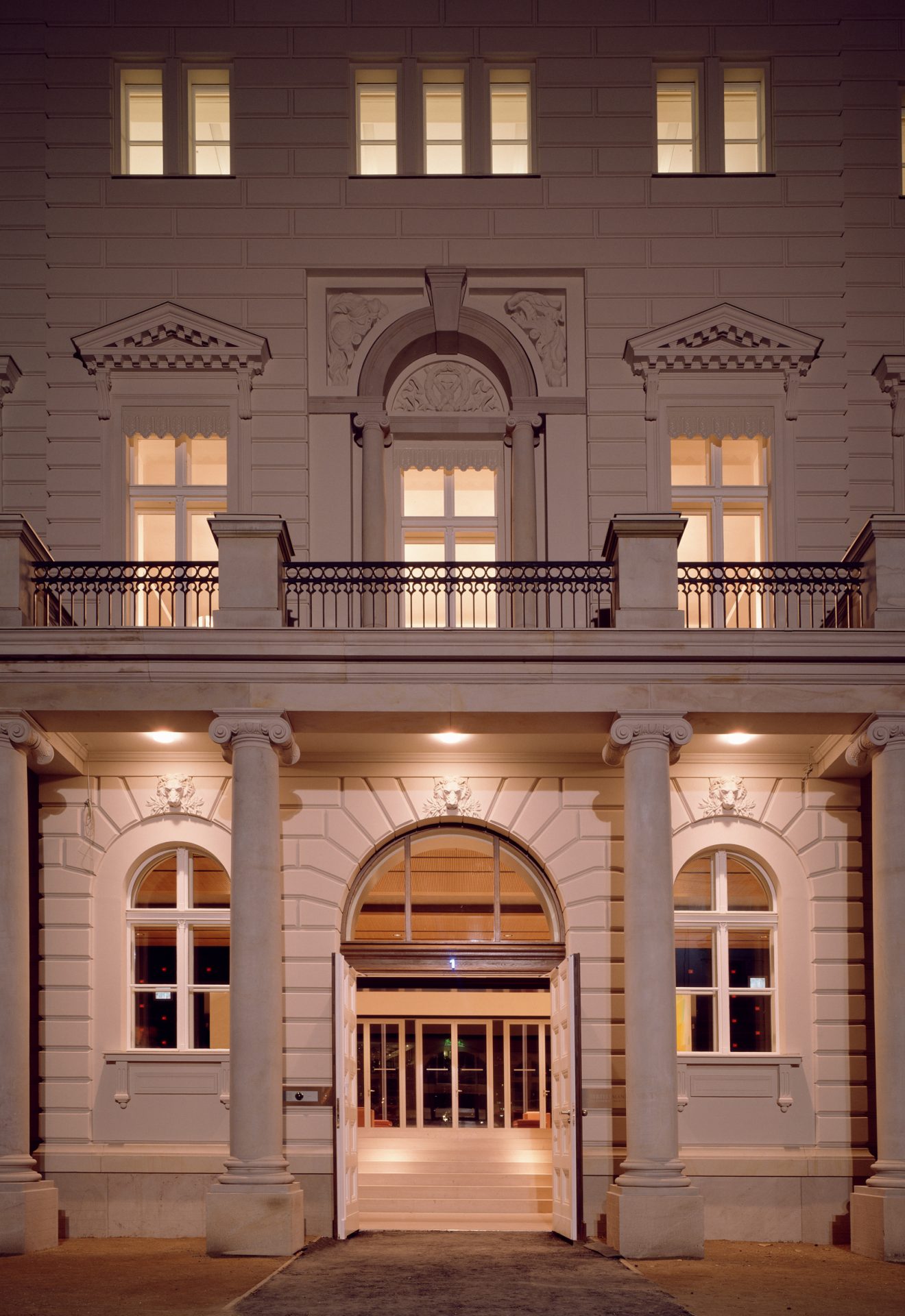 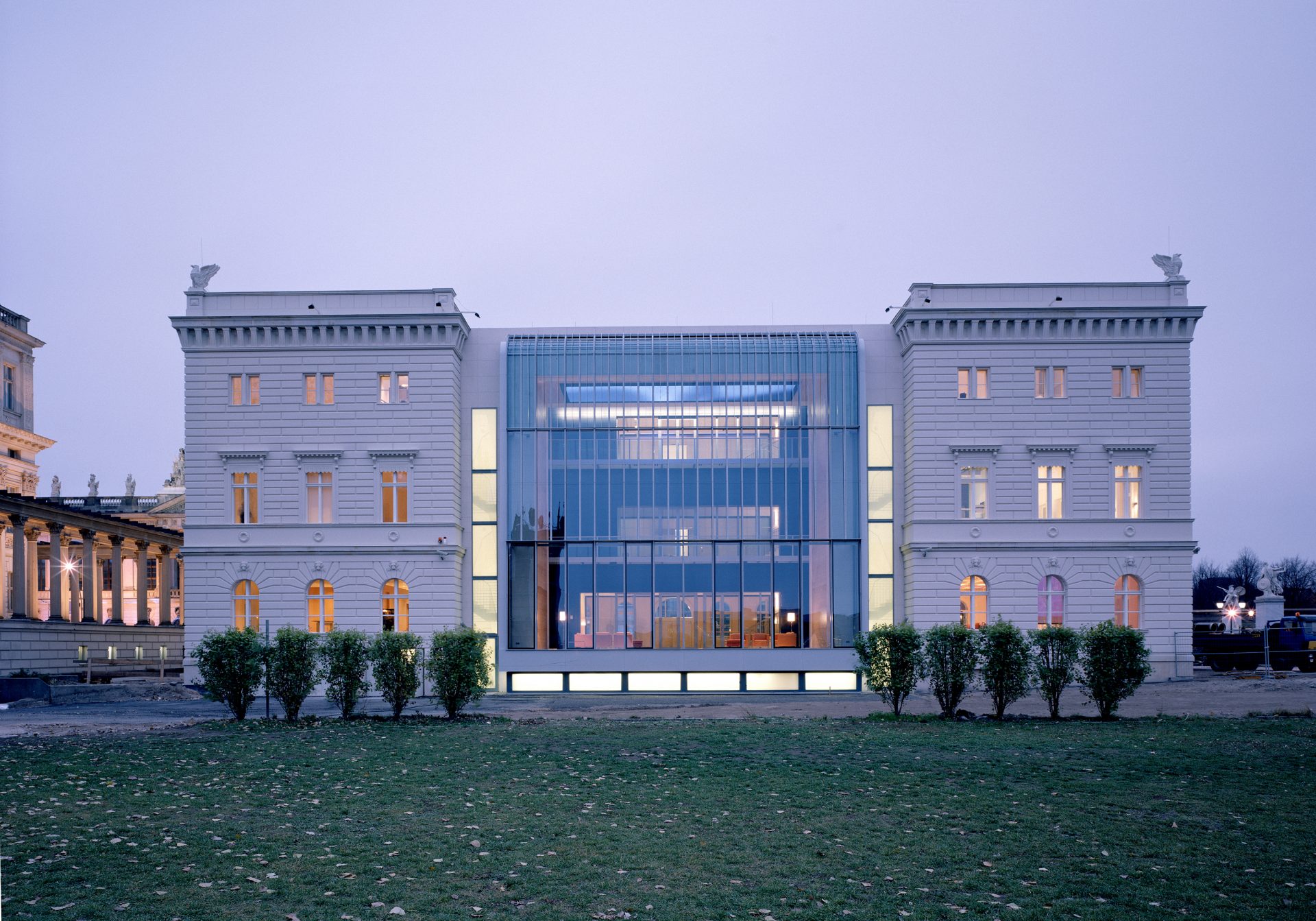 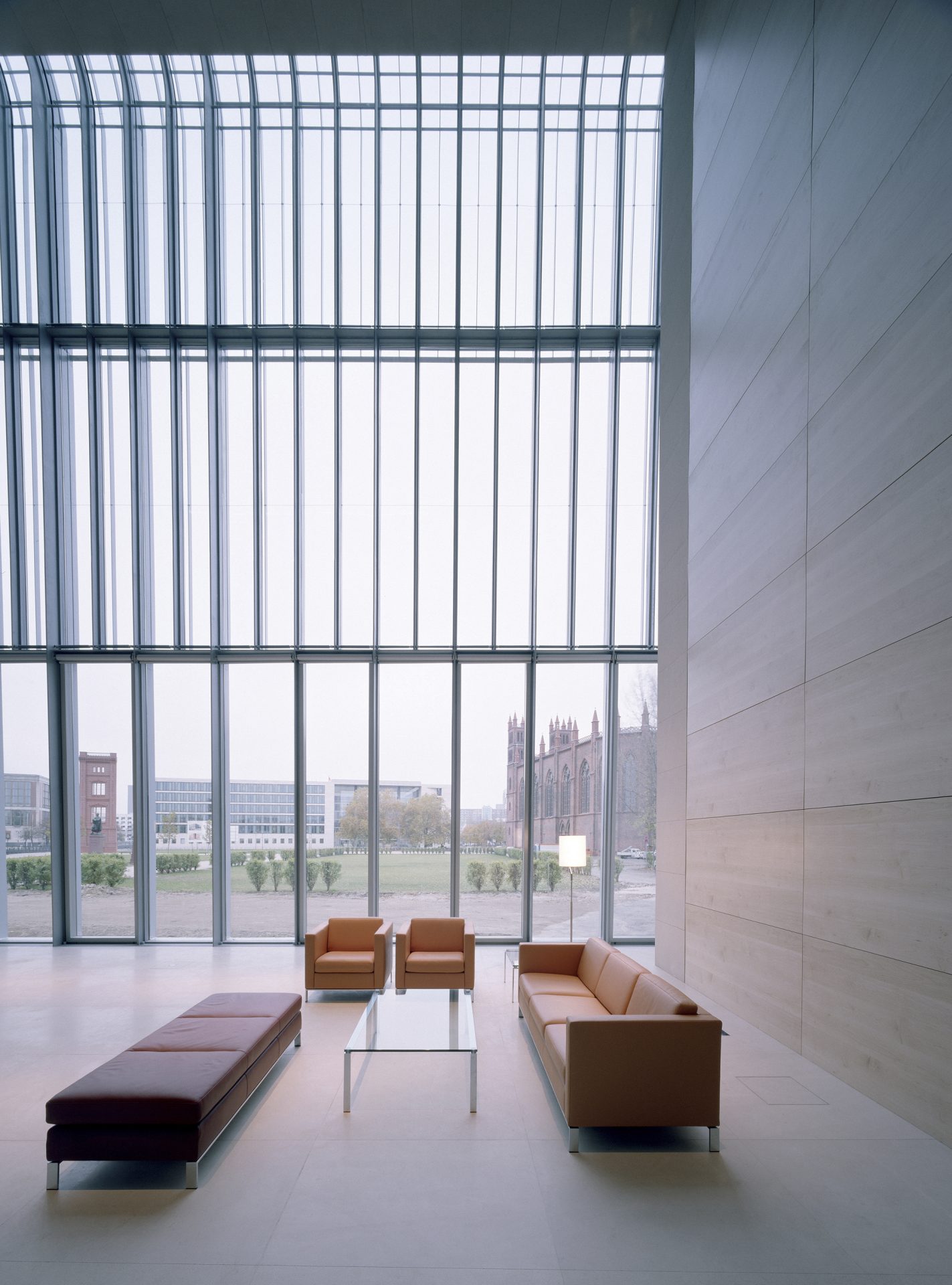 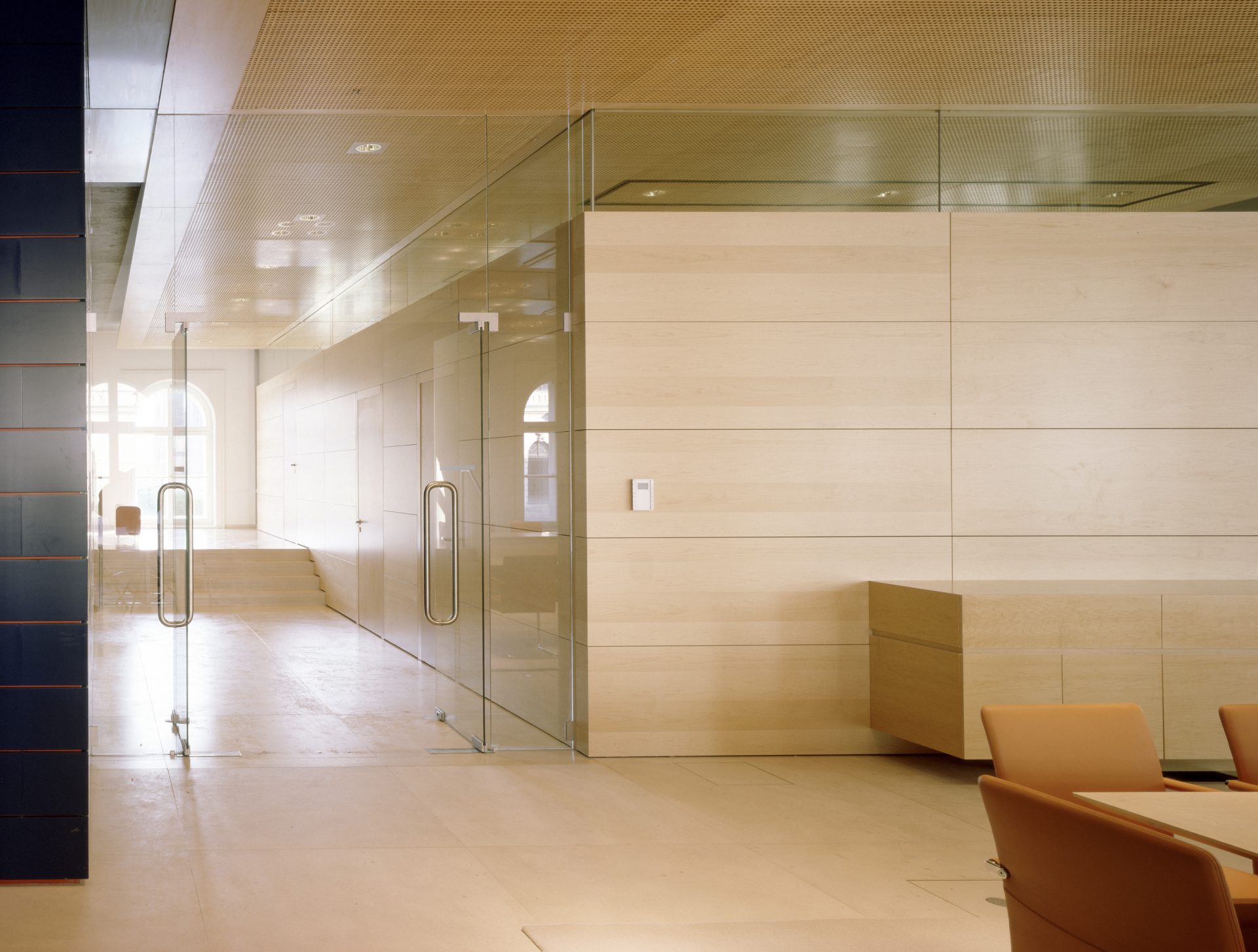 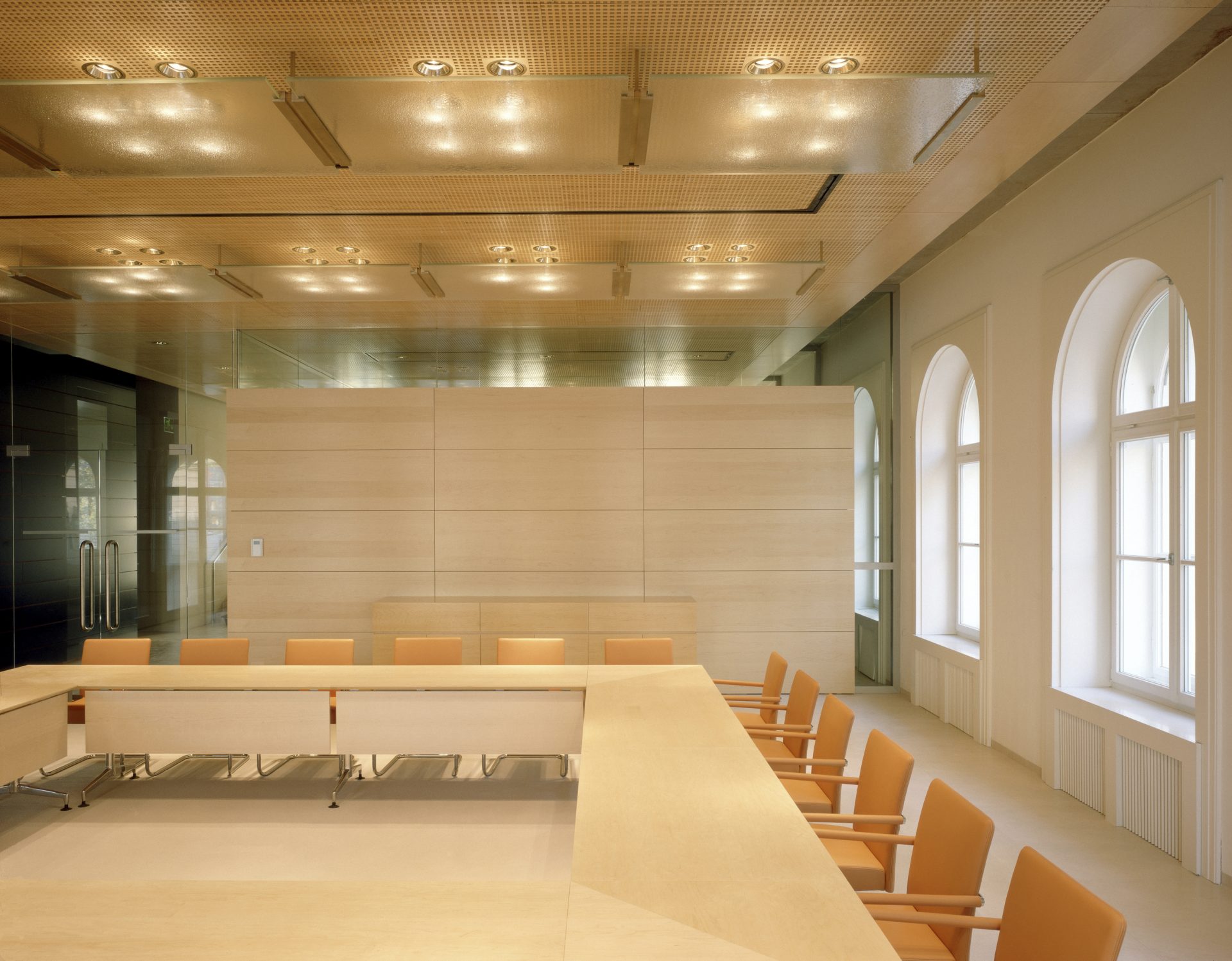 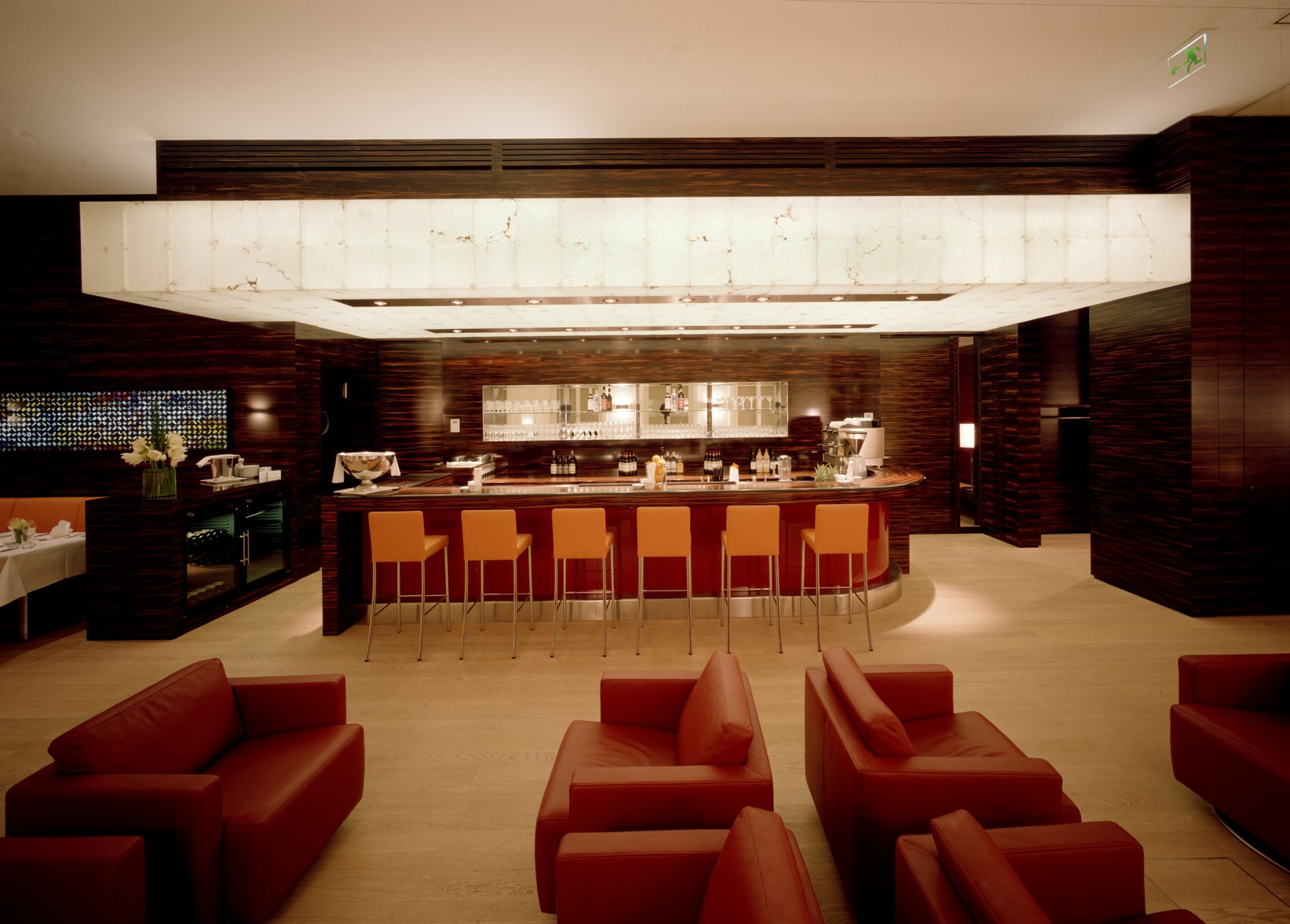 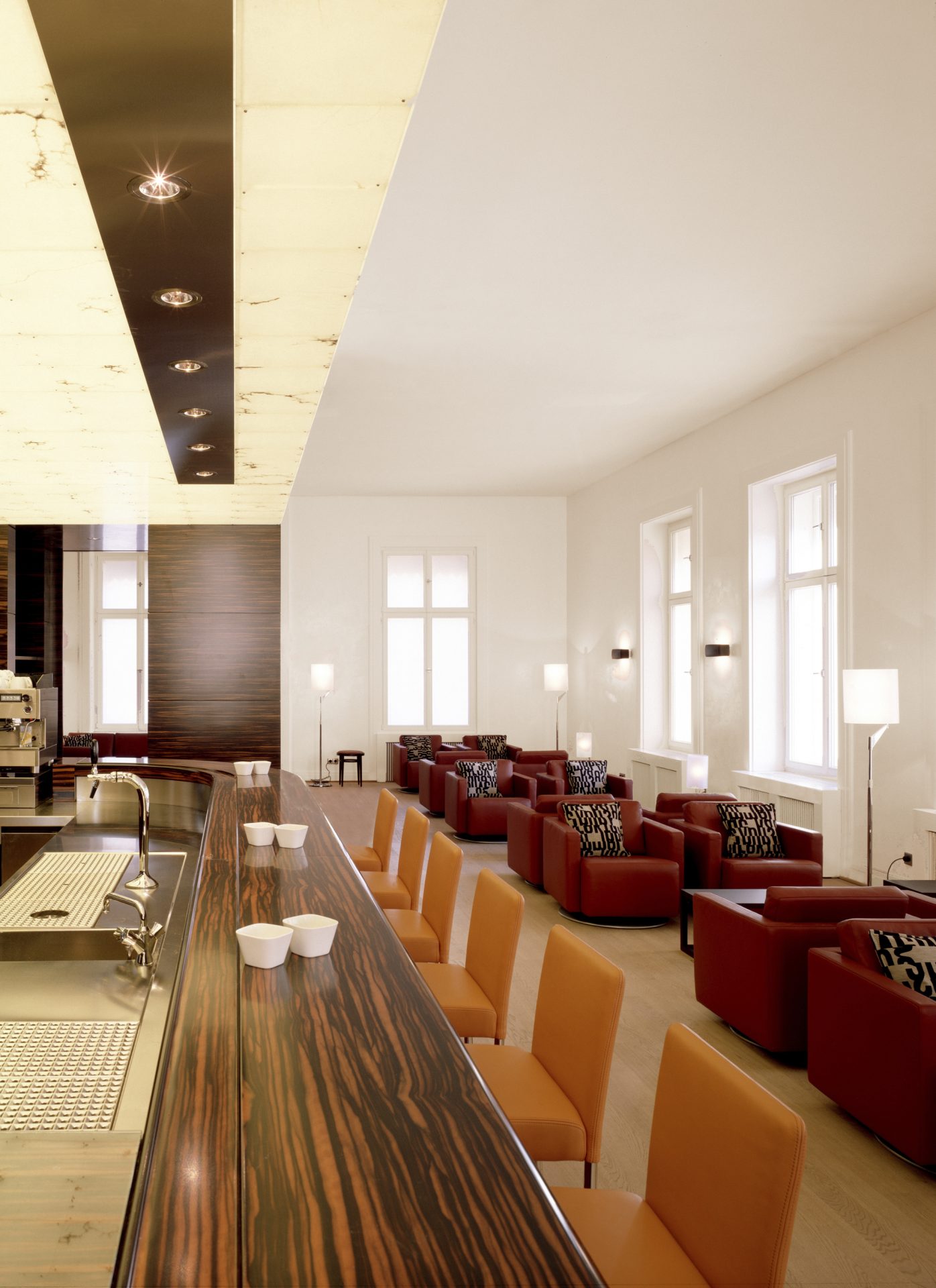 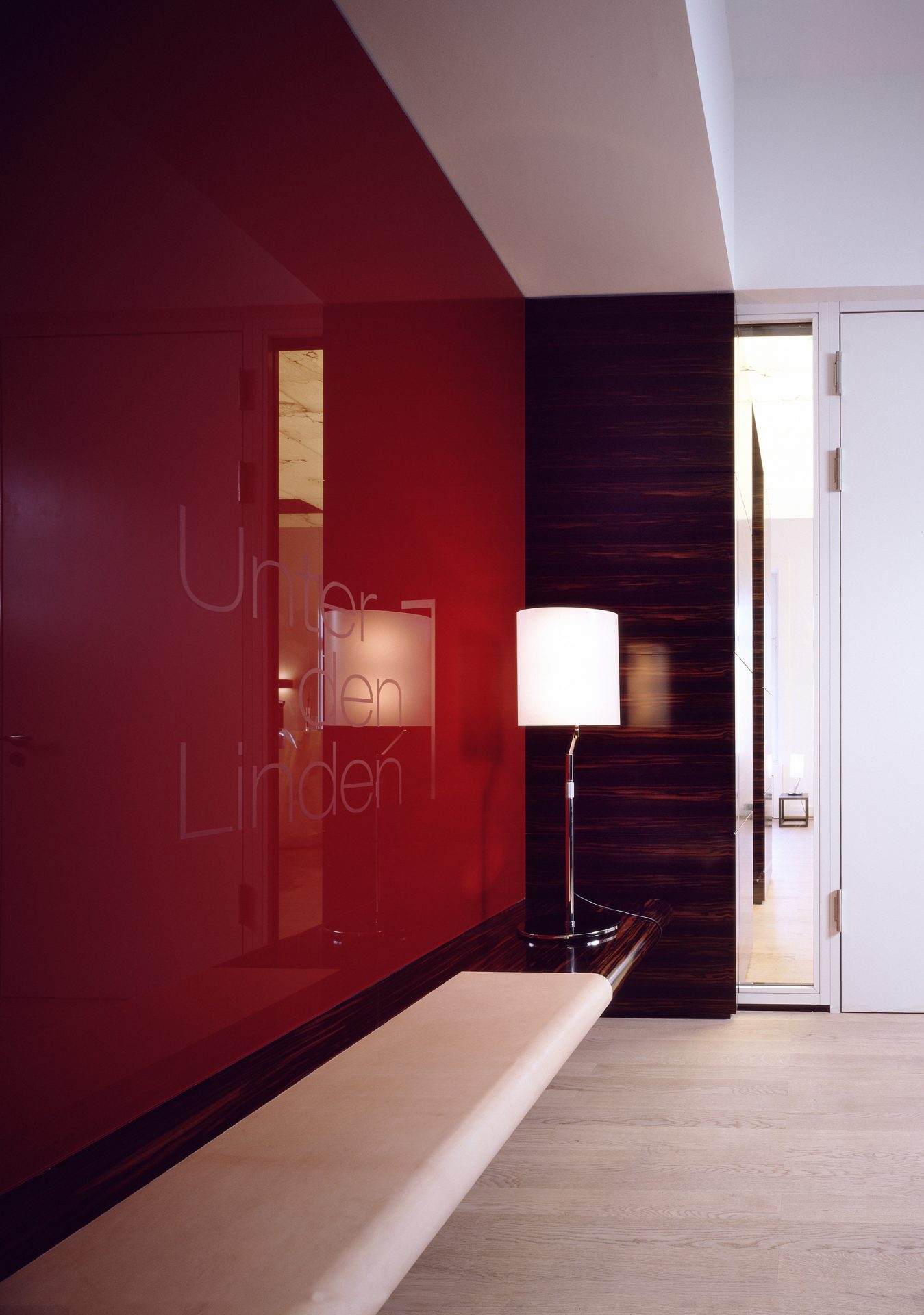 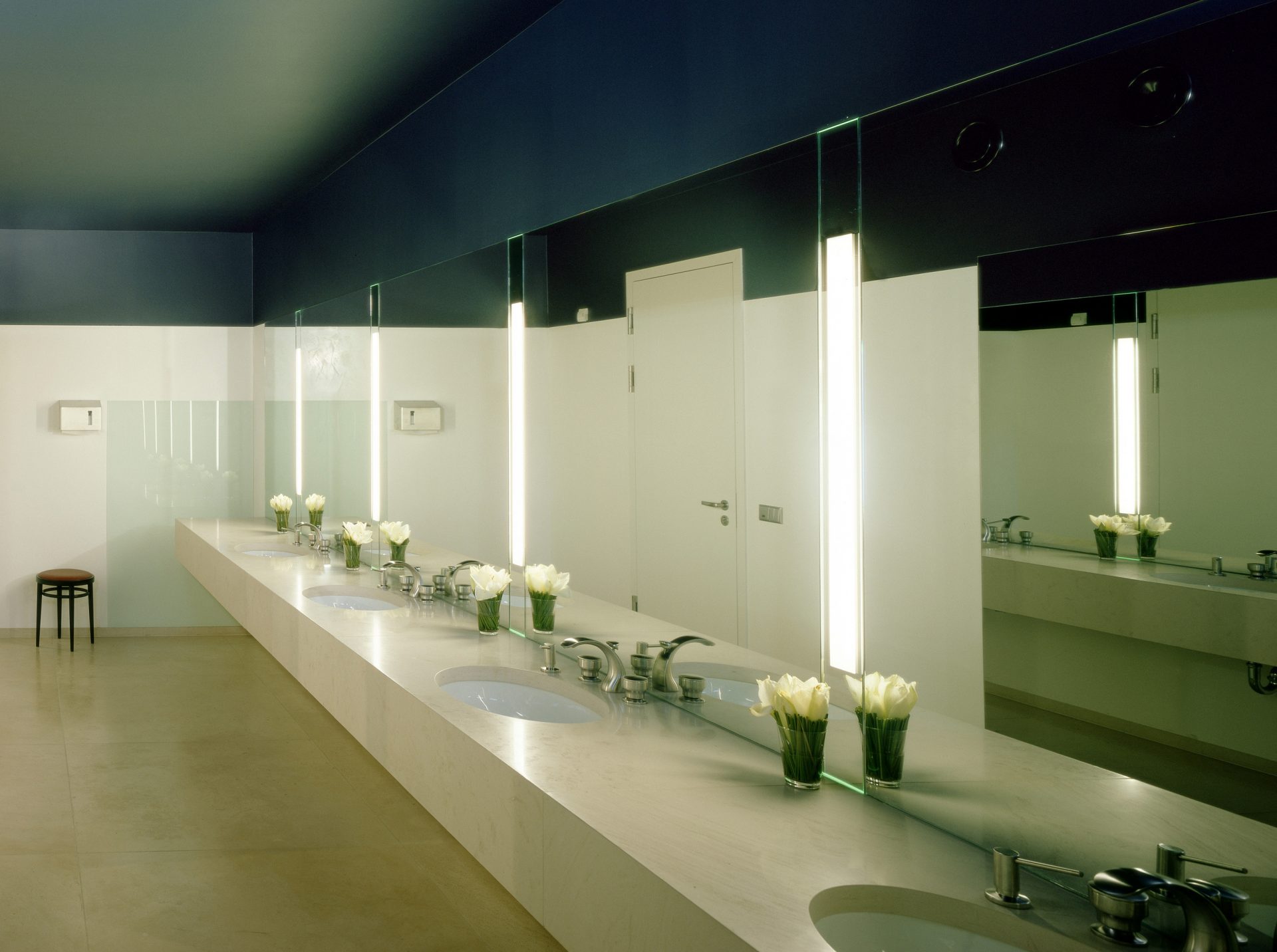 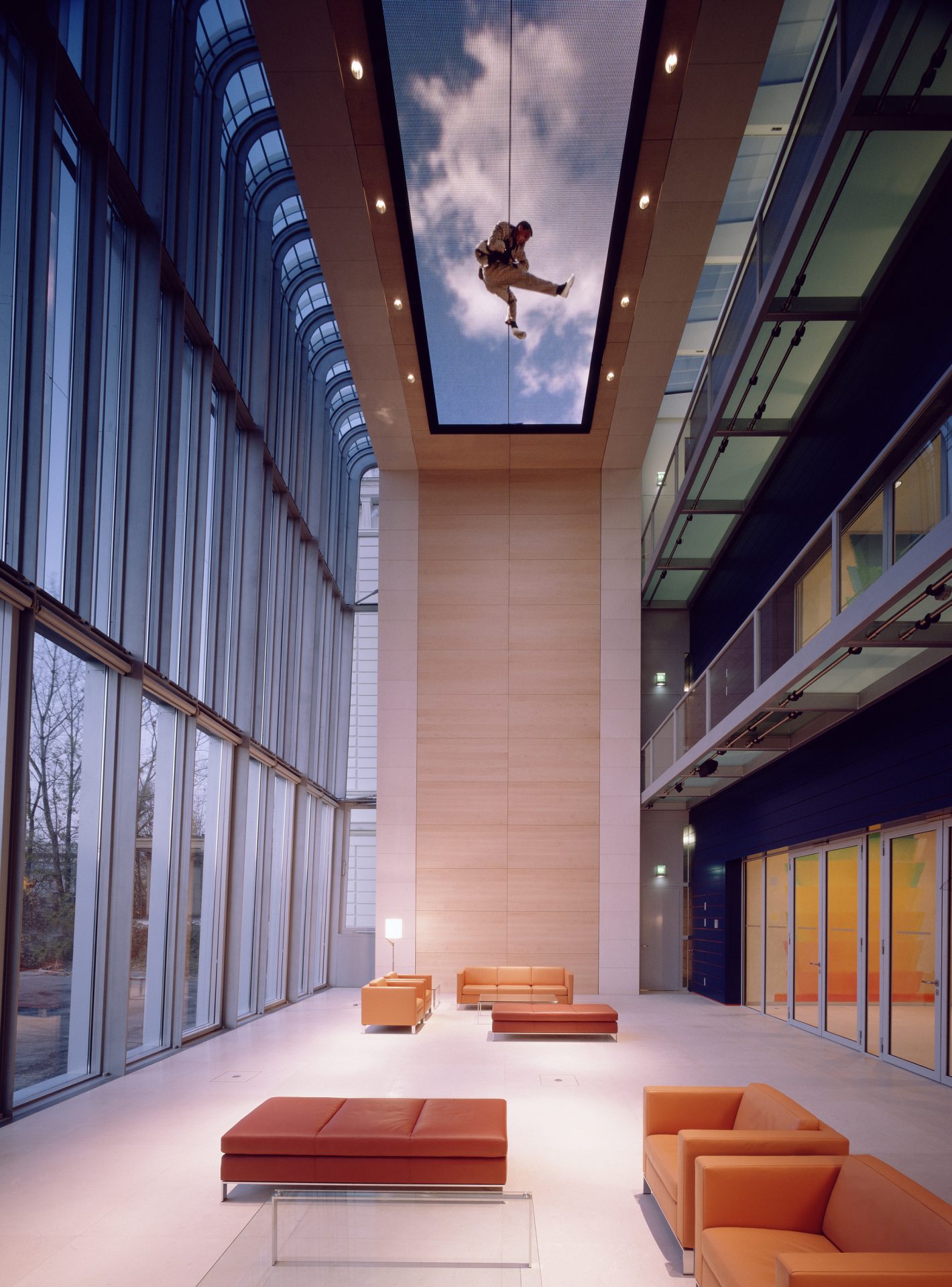 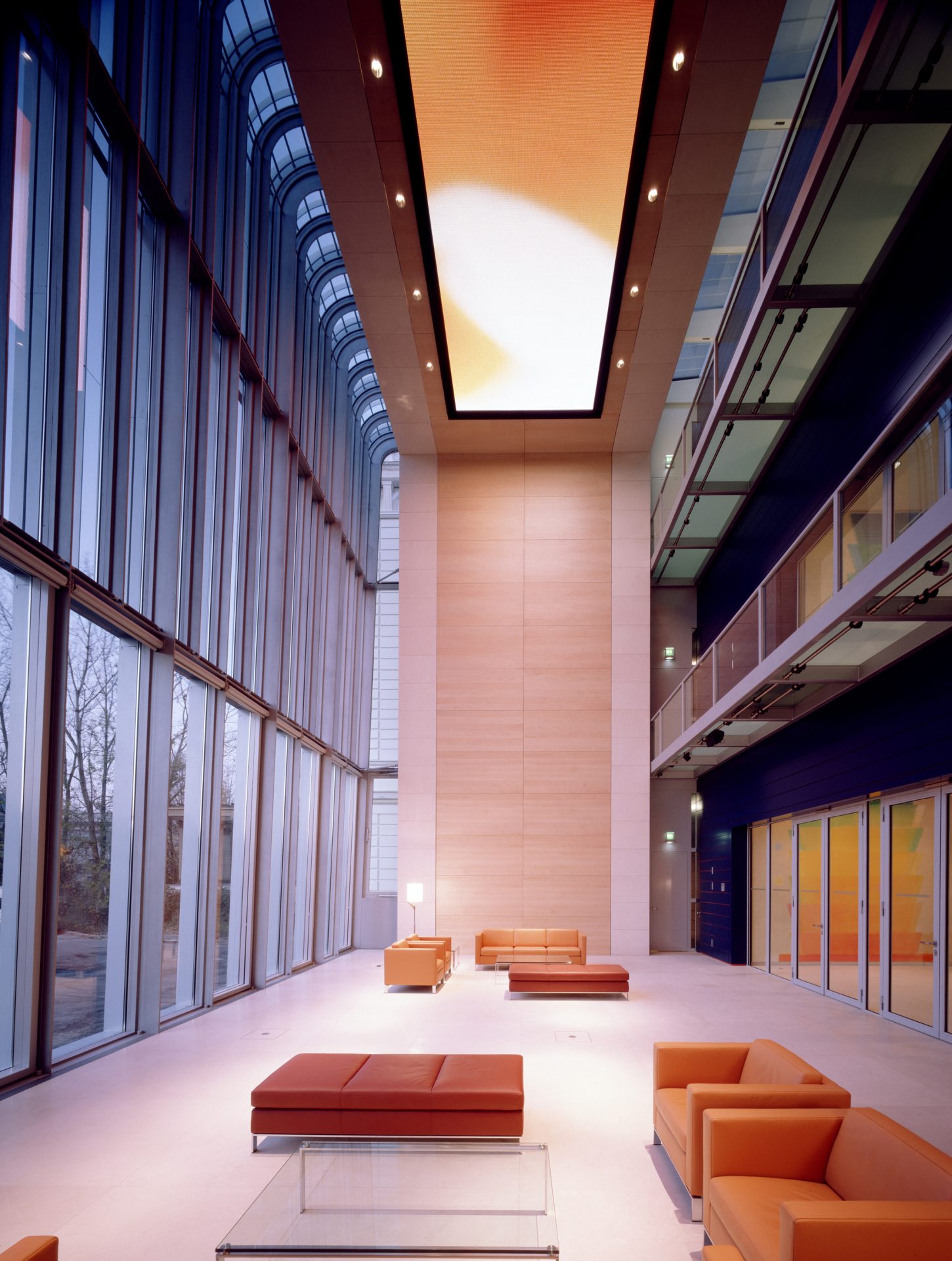