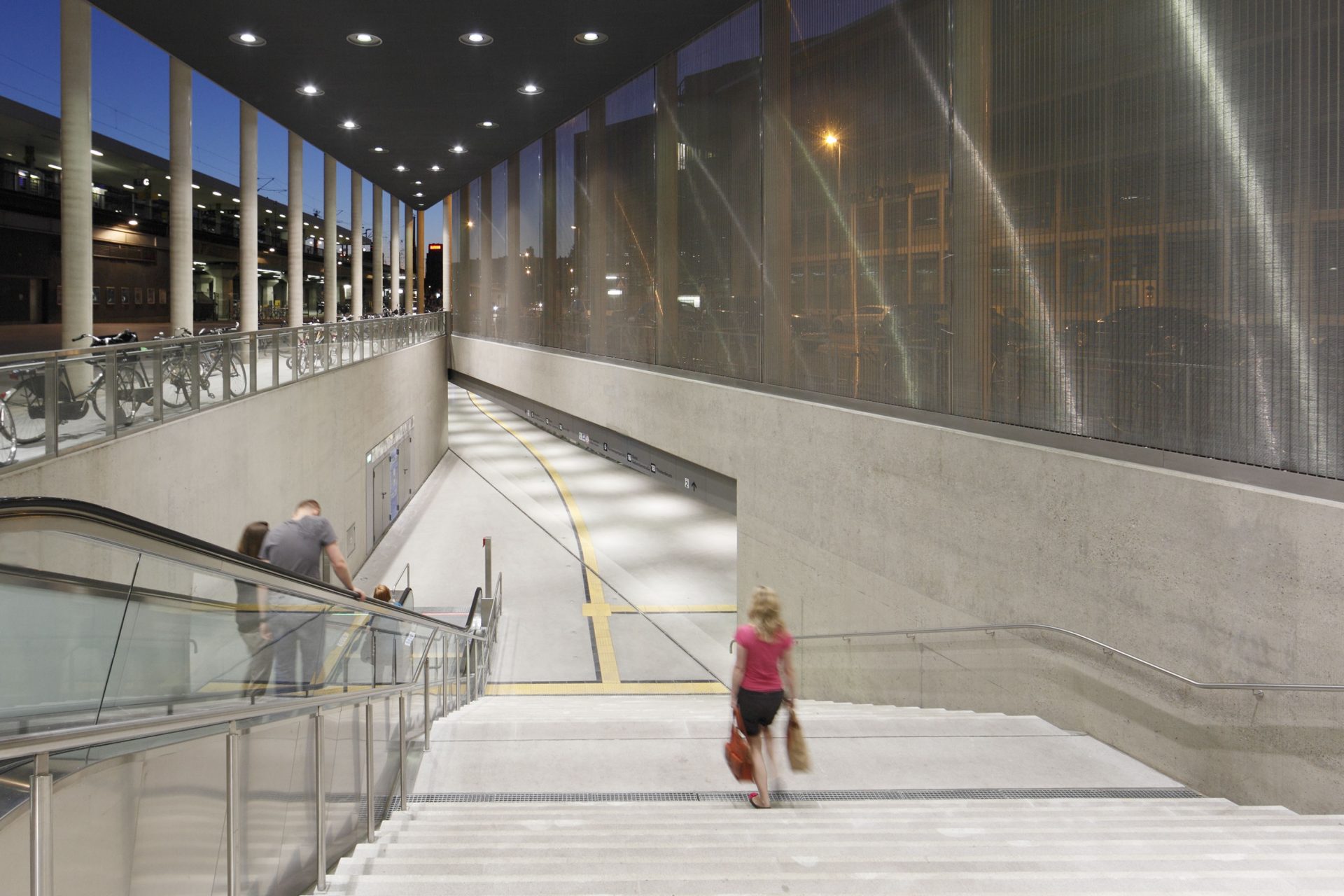 Go back to PROJECTS
Traffic & Transport

Breslauer Platz in Cologne is one of the most prominent squares flanking the central station of North Rhine-Westphalia’s most populous city. The station’s forecourt on the western side forms a direct connection to the representative facades of Cologne’s historical city center, and the world-famous Cologne Cathedral. Meanwhile, the Rhine-facing side of Breslauer Platz was primarily known for its mundane postwar transportation infrastructure and dated buildings constructed during the 60s economic miracle era. 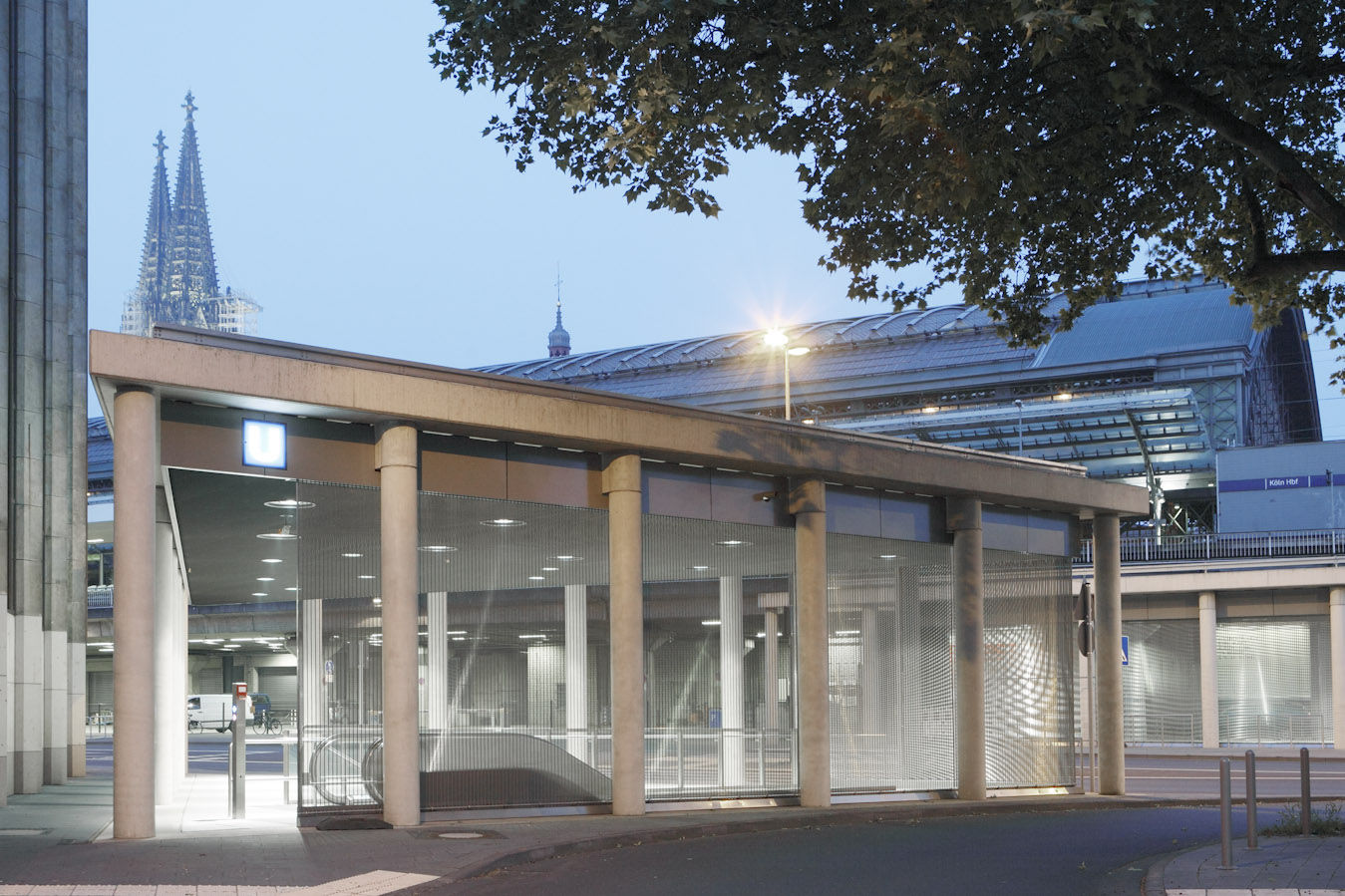 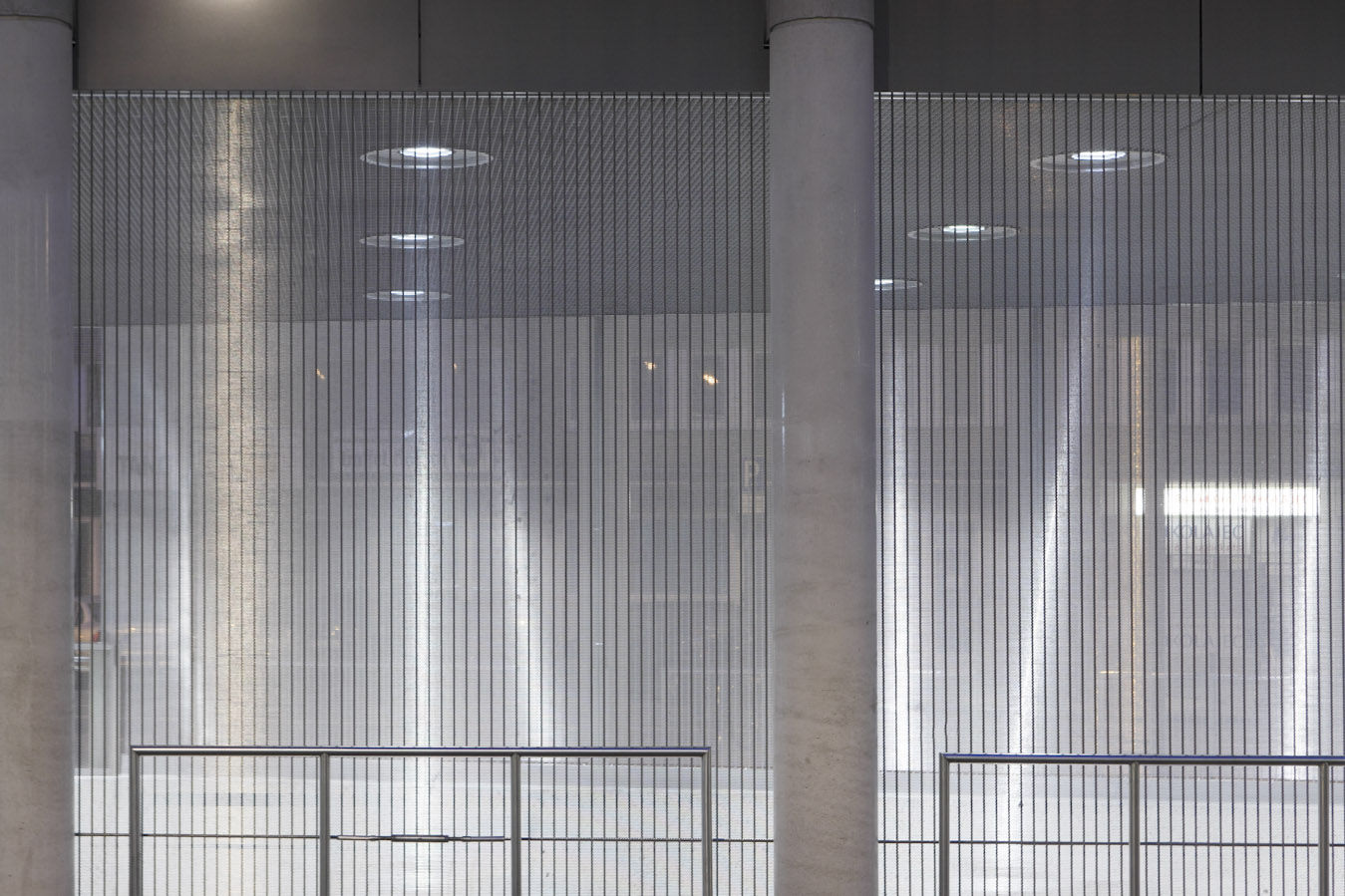 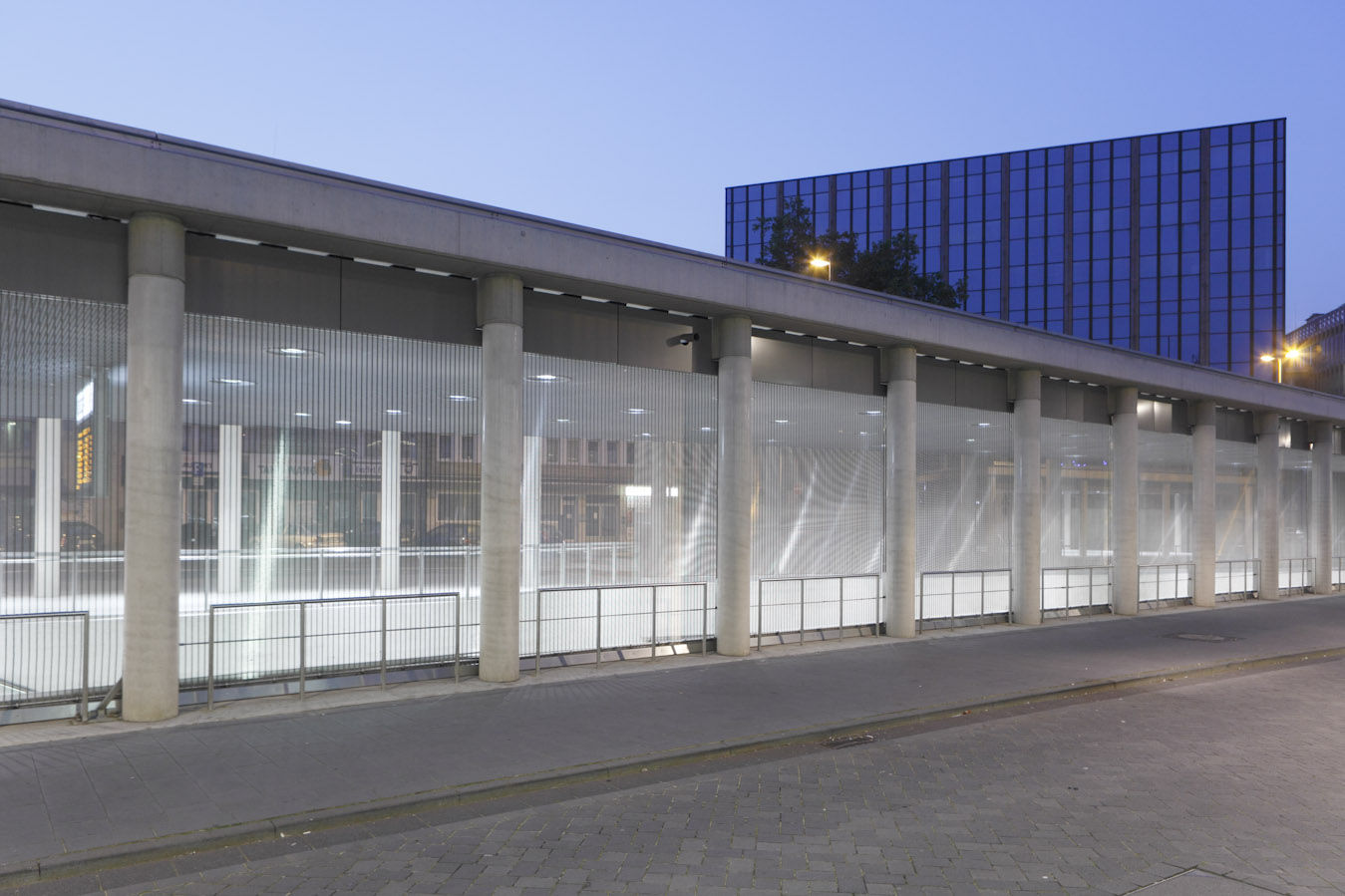 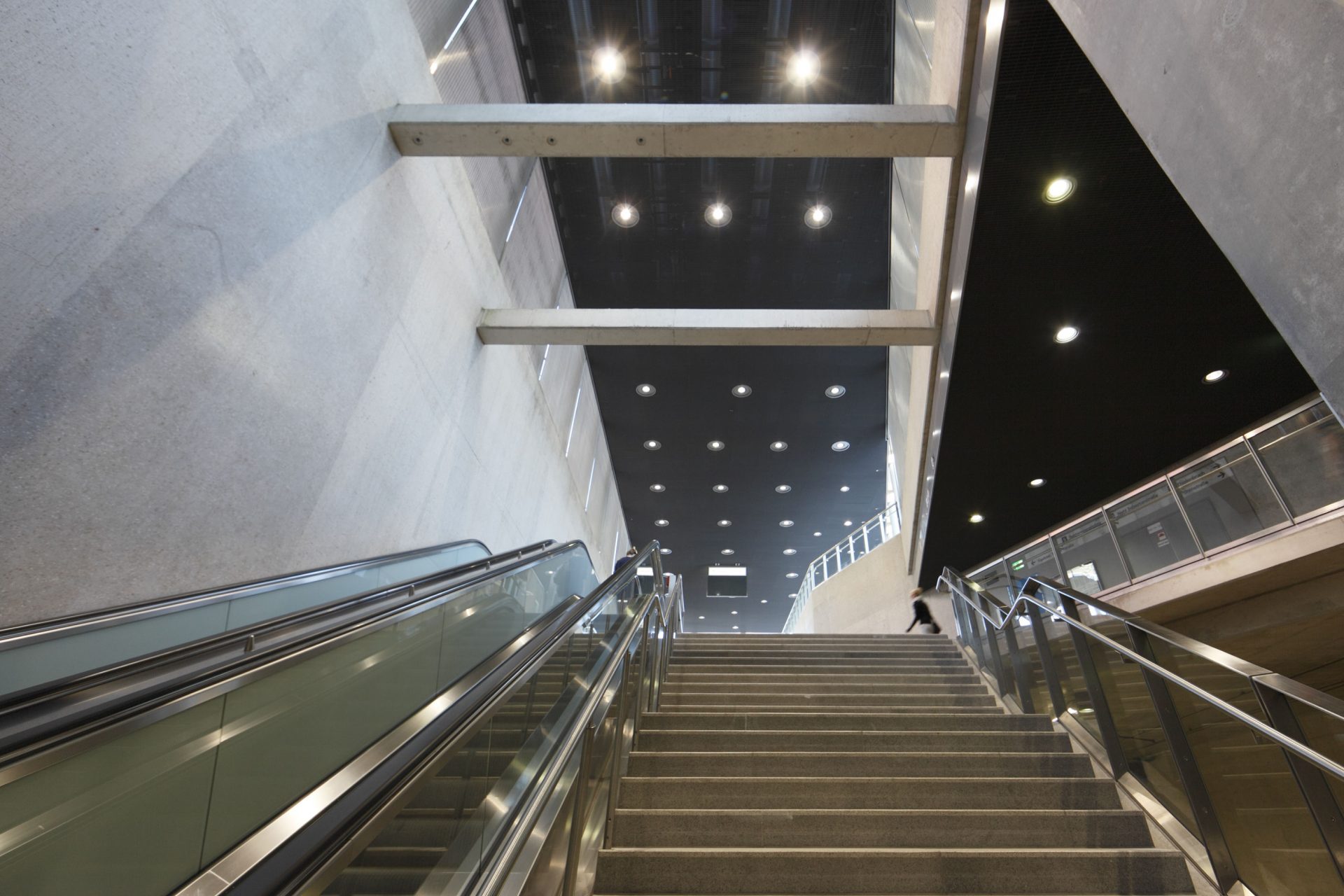 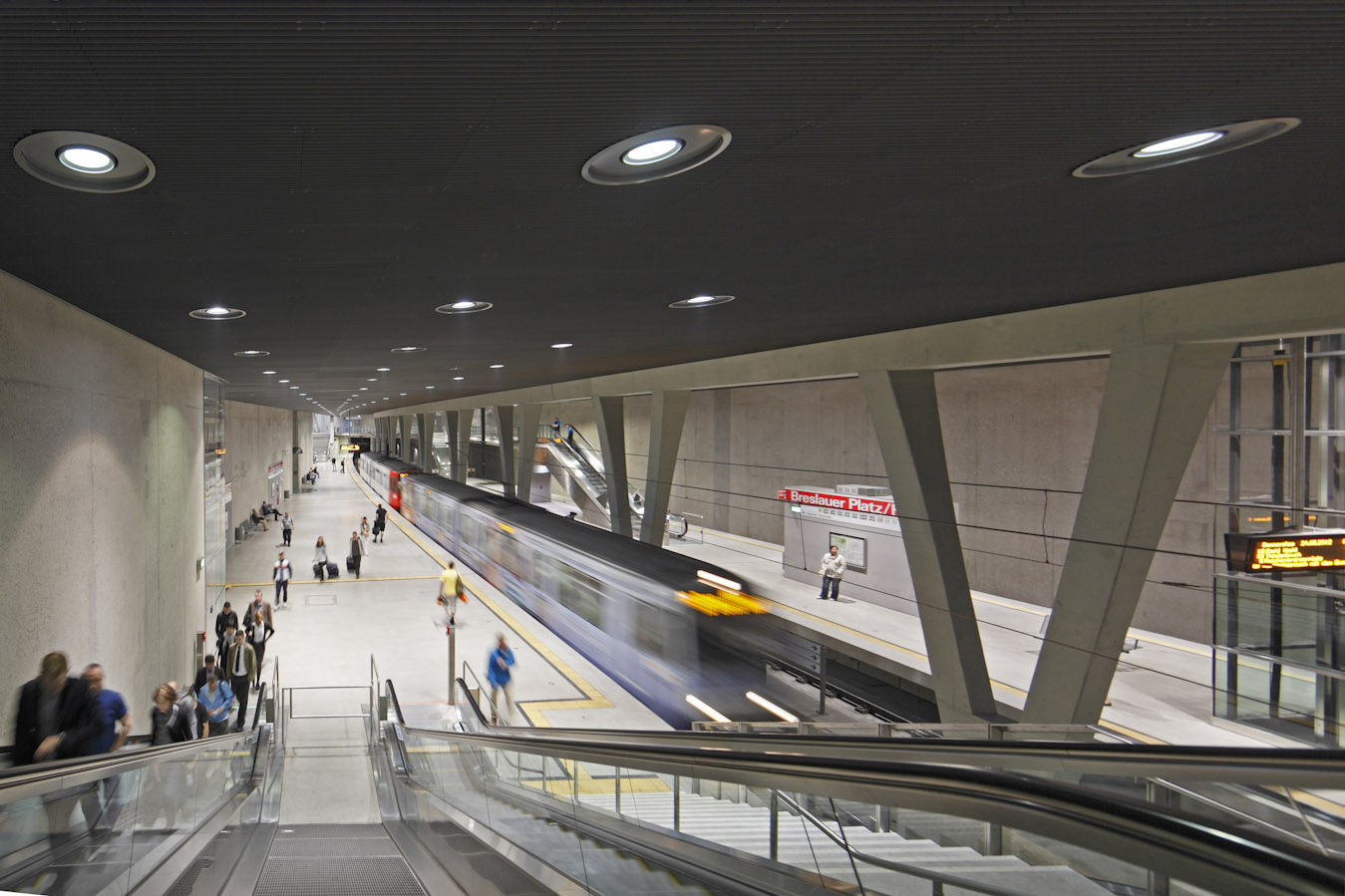 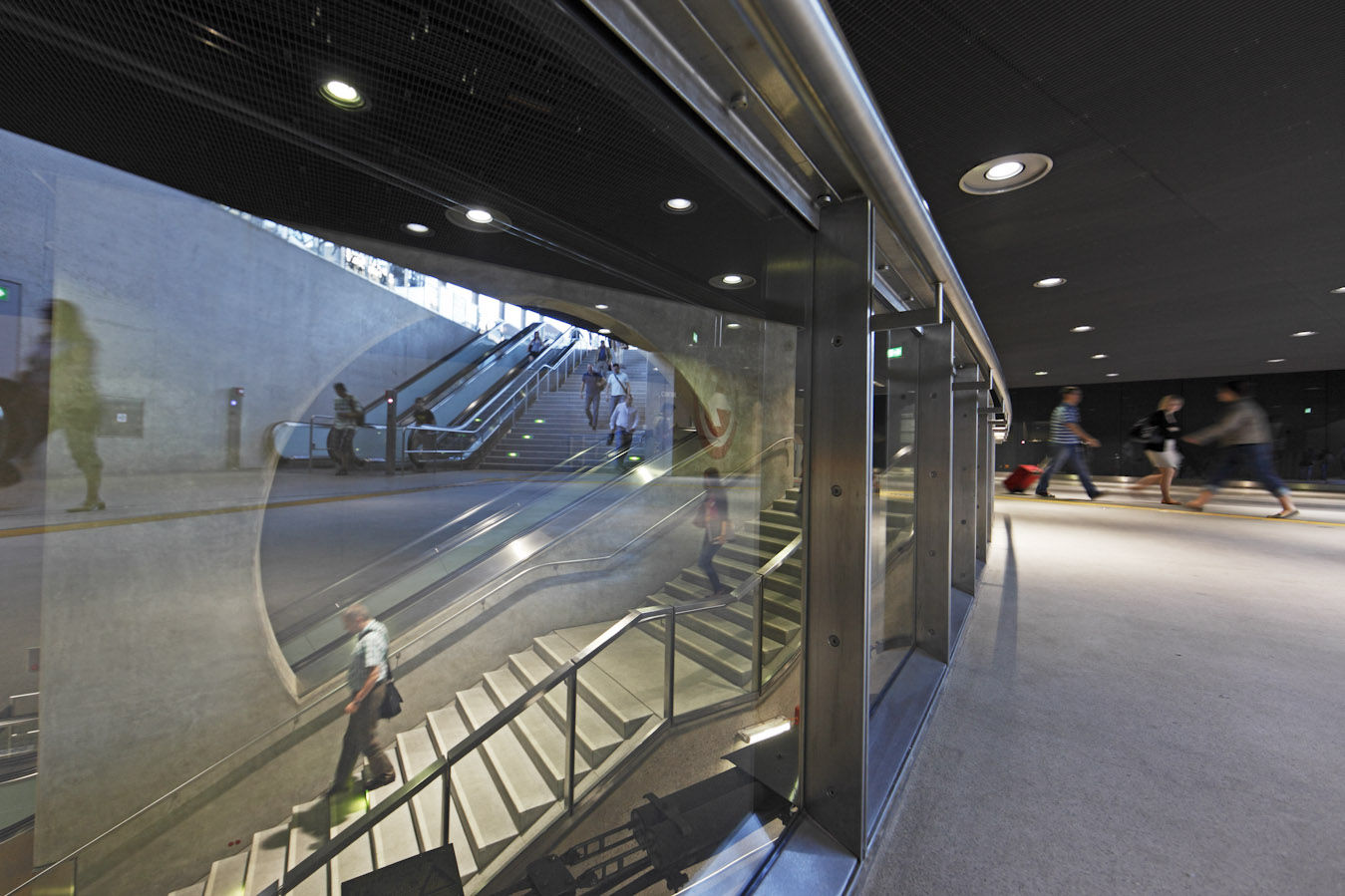 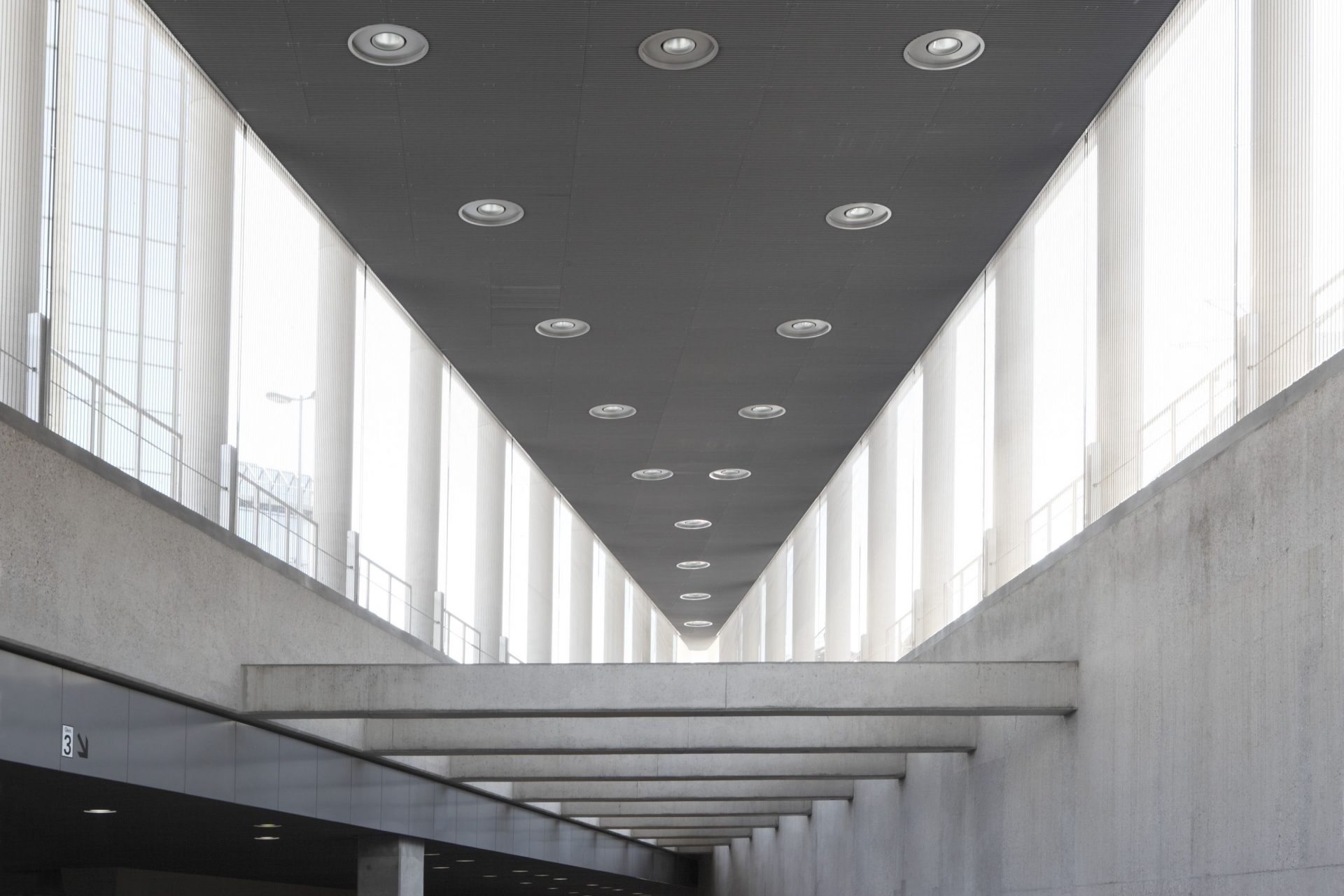 Endeavoring to open up the city and its Rhine views to travelers, and to adapt the square’s design to the requirements of a 21st century city, the new urban development plan called for Breslauer Platz to undergo a gradual conversion into a more overt and contemporary transportation hub.

Alluding to the notion of railway stations as ‘Contemporary Cathedrals’, the above ground entrances are built as skyward reaching pavilions, supported by perimeter columns and containing a spacious limpidity.

When accessing the station through one of the pavilions, its 225 m long and 30 m wide expanse unfolds immediately. Across ramps and escalators, the entrances provide access to junction floors arranged as galleries, which perform elegant sweeps to ensure passengers maintain an overview from all directions. From these junction floors, you have access to three platforms that trace a long curve through the station and whose tracks define its deepest elevation.

Almost automatically, daylight floods into the station with an even distribution via the large entrance openings and interreflections of the bright surfaces within. The electric lighting in an underground station, particularly if it involves a connection to a central station, entails a complex set of tasks. Entrances, ramps, circulation areas, waiting areas, and platform edges all call for different lighting concepts. Their high standards regarding uniformity, illuminance levels and glare control counteract a purely design-driven planning approach. Beyond that, the concept must account for different mounting heights, maintenance strategies, orientation and egress systems as well.

What appears to be a conflict between design demands on one hand and strict technical requirements on the other, ended up being resolved through the architecture itself. The already technical look and feel of the metal grating ceiling allowed for a layout of powerful recessed downlights that follow the shapes, curves, and levels of the circulation areas while condensing or spreading out according to requirements. Through the sophisticated development of a low-maintenance lighting system with a consistent design appearance, different power levels and even some lowerable fixtures could be integrated into the ceiling. For this purpose, a recess detail within a regressed circular plate has been designed. This allows for all luminaires, details, and custom modifications to be embedded in a standard unit, which has been adapted to match the ceiling color and material.

Junctions, stairs, and ramps are emphasized by light, while the track beds remain largely unlit. The emerging contrasts make the surfaces underlined by light stand out. Through the views and vistas within the station, and by means of passenger progression, a differentiated and dynamic light atmosphere emerges.

At night, the entrance pavilions shine brightly and clearly across the square, their inviting allure conveying more than just orientation and a sense of safety. Through the resonant illumination from the ceiling, their columns appear in silhouette against the metal mesh facade, which receives and brilliantly reflects light from strategically placed luminaires. The luminance distribution during the day is practically reversed, yet the transparent effect of the pavilions remains.