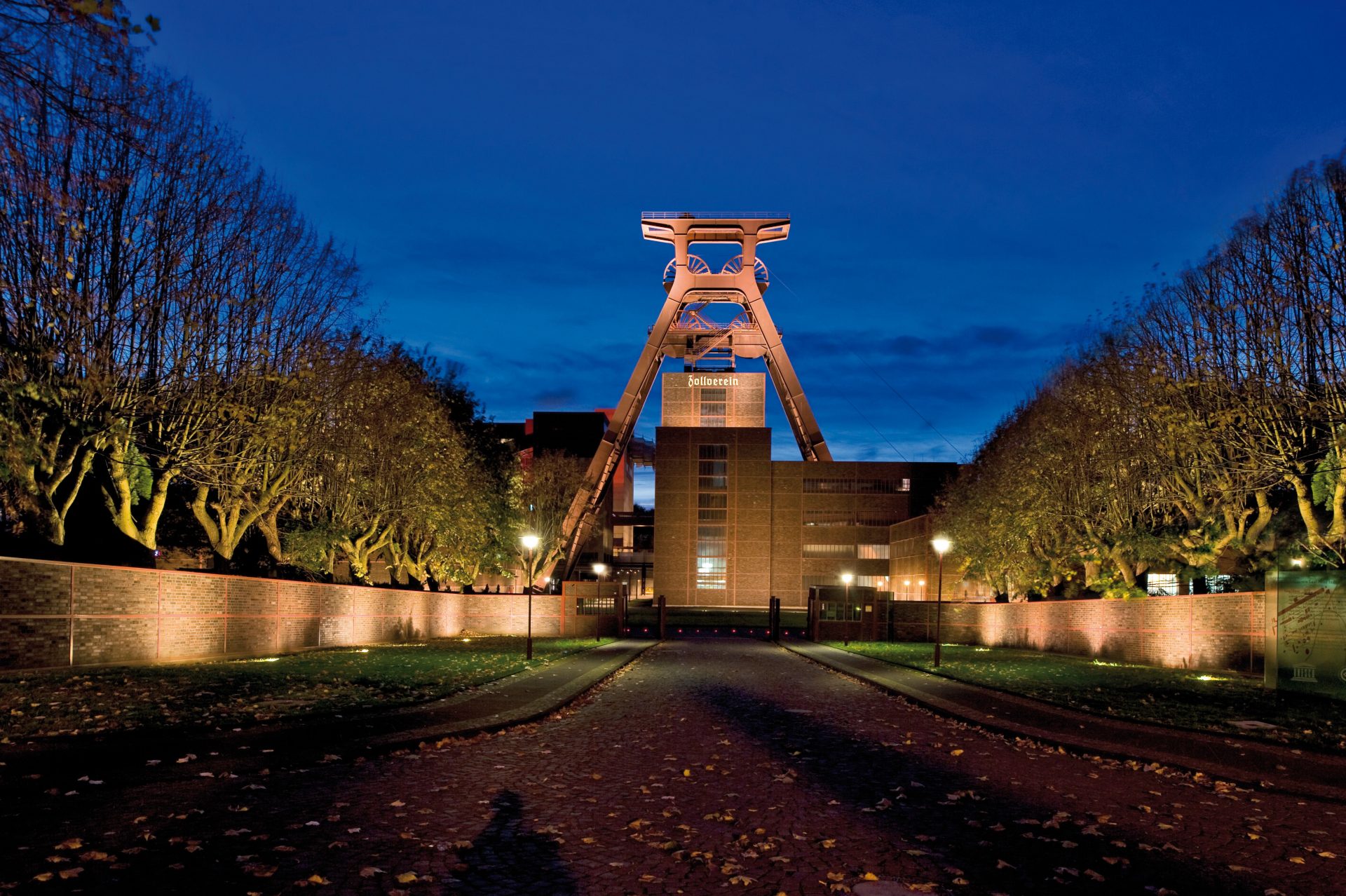 The Landscape Park at the Zollverein Colliery in Essen

As a cultural venue this well-known industrial monument has enormous charisma extending far beyond the confines of the region. This world heritage site has been enhanced by a lighting concept, which sensitively responds to the existing structures while at the same time succeeding in dramatically orchestrating the highly symbolic nature of this landmark. 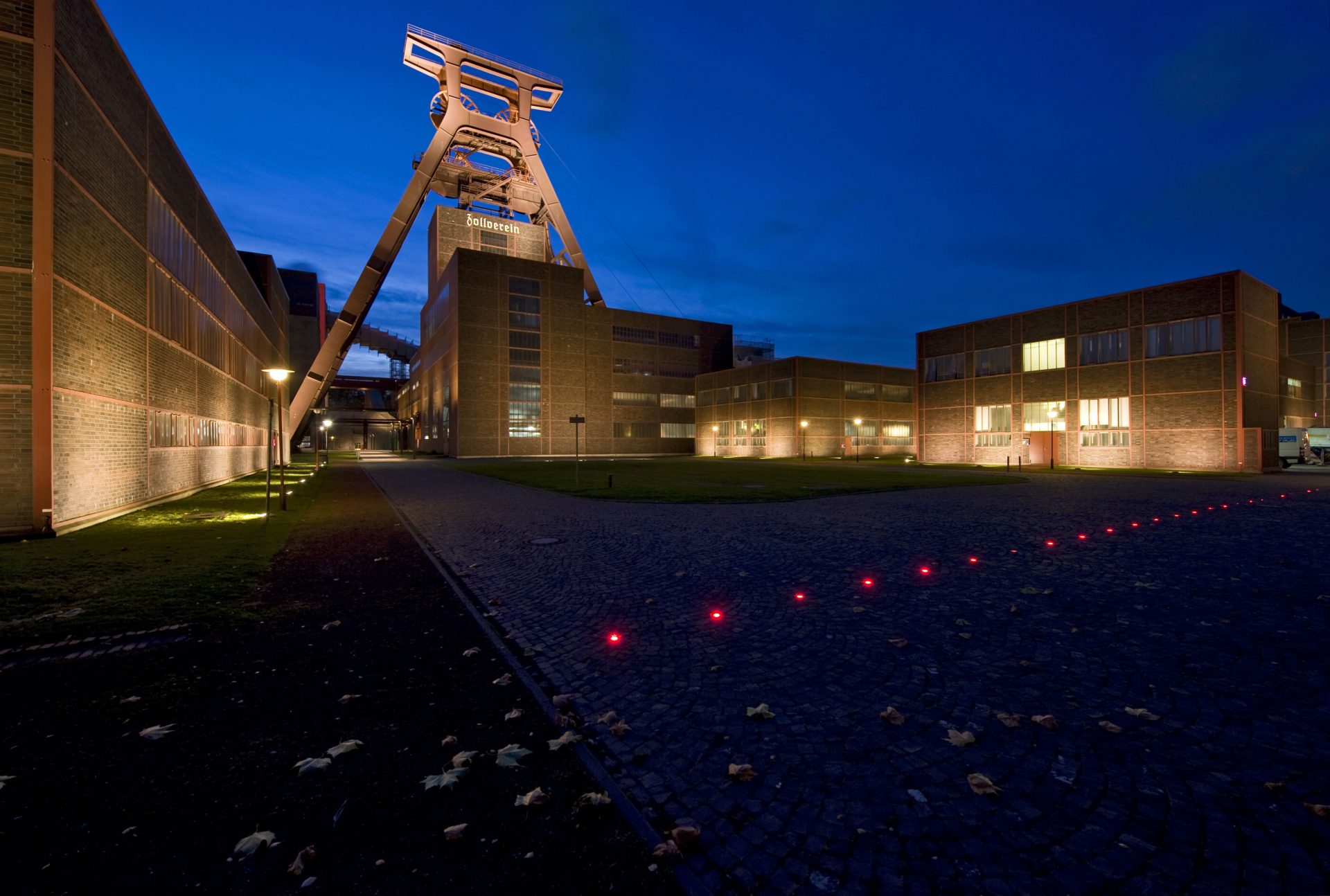 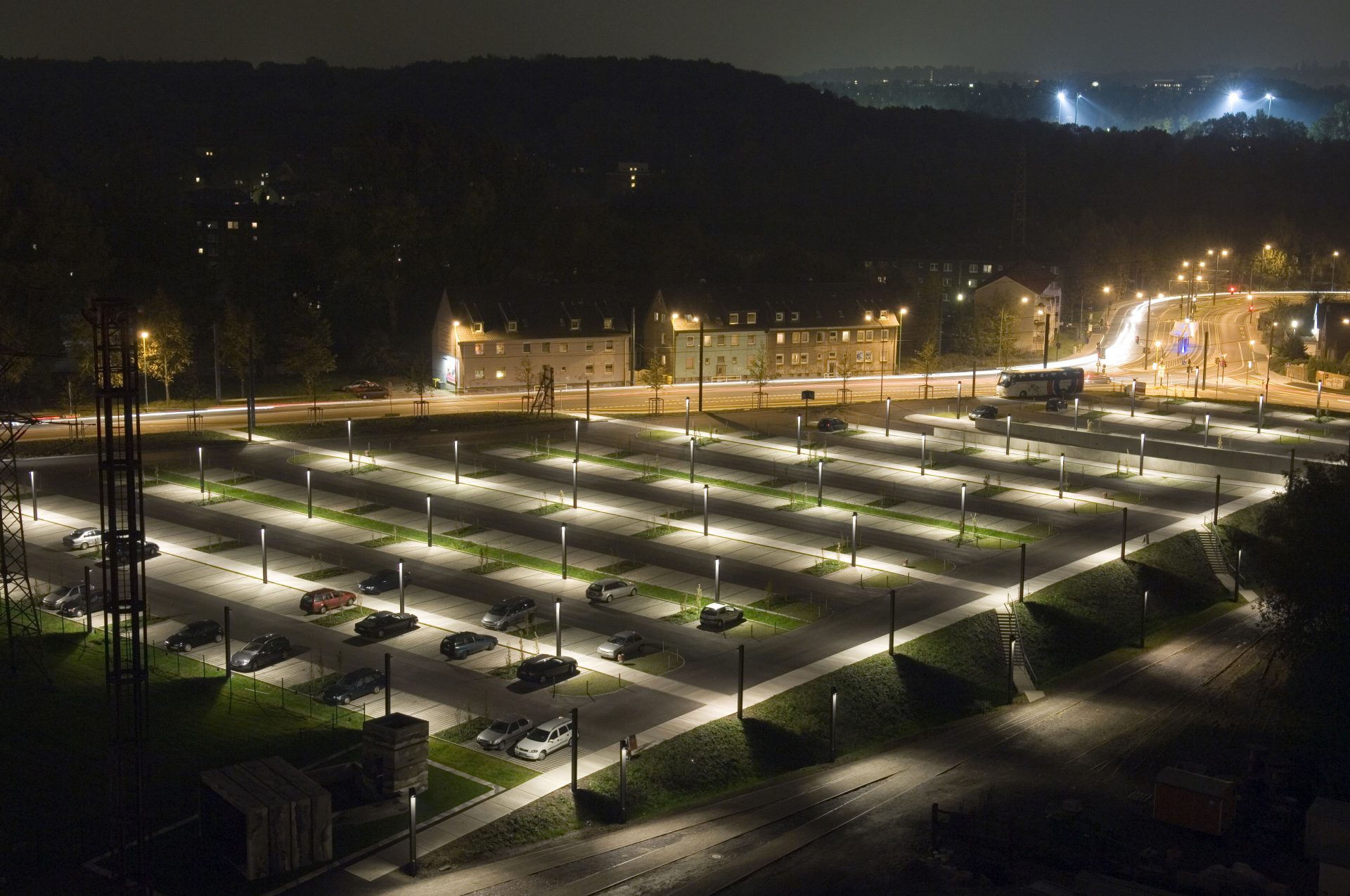 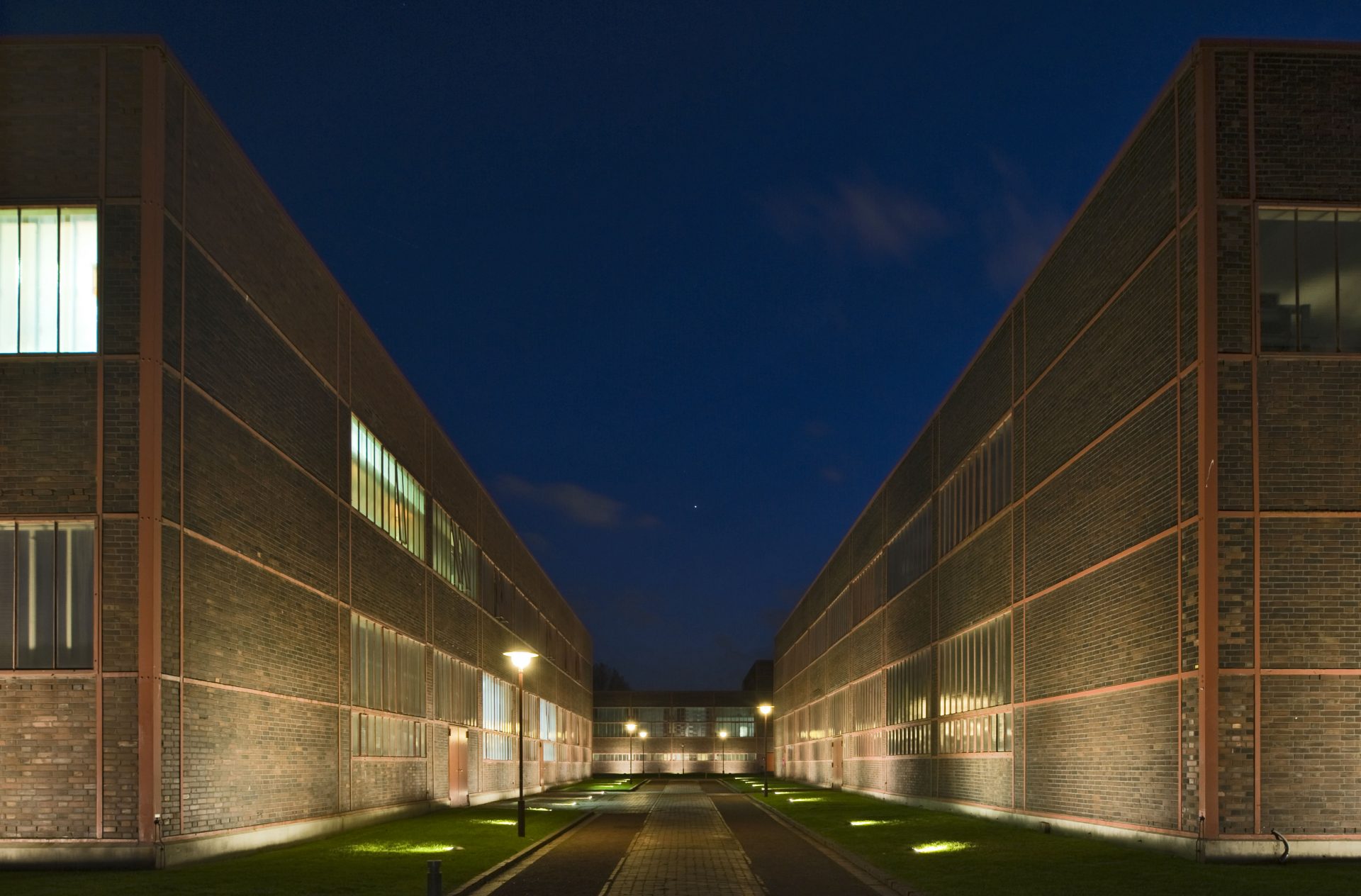 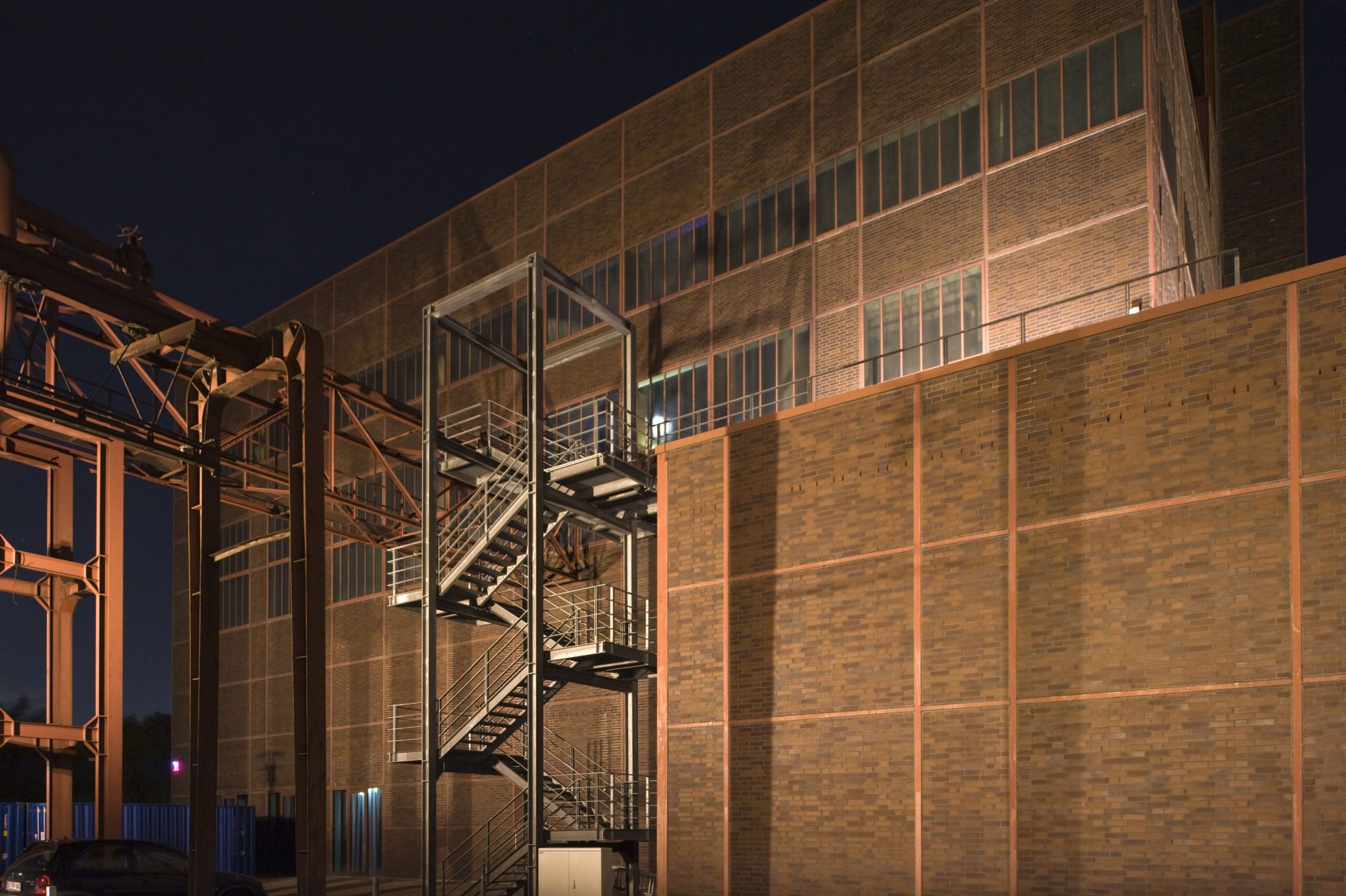 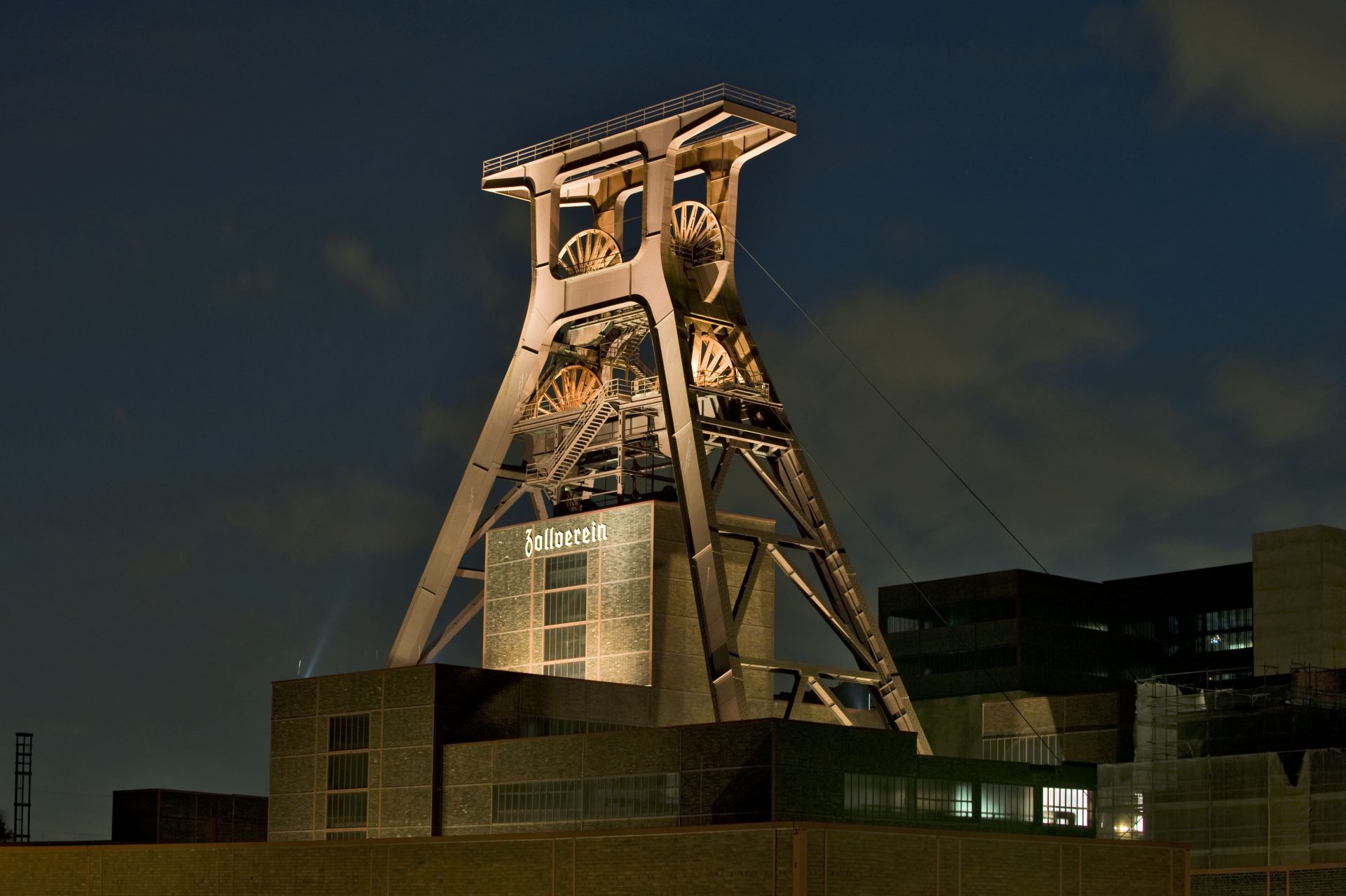 The historical surface buildings and the extensive park – a blend of purposeful renaturation and untamed natural recapture – are predominantly illuminated by warm white light. The excellent colour rendering properties of the light sources used very authentically depict the fascinating physicality of both architecture and landscape. This has added greatly to the attractiveness of the site, particularly for visitors. It also permits simple orientation through the premises at night and achieves an iconographic orchestration of the former colliery without obtrusive effects. The nocturnal illumination of the aesthetically ambitious facades is achieved by subtle, homogeneous floodlighting.

What is known as the ring promenade takes visitors through the attractions of the old colliery site. It is also ideal for exploring the area at night, when the path is transformed into a luminous lane meandering through the landscape. The light trace consists of regularly placed red LED light dots with minimal power consumption.

With their timeless and functional design based on the existing architectural and formal vocabulary, all luminaires and components follow the design dicta of the master plan, which lays down the general framework for the long-term metamorphosis of the Zollverein Colliery. As far as the architecture and urban design were concerned this was drawn up by Rem Koolhaas. In landscaping matters it was formulated by Henri Bava.

Due to the sensitive lighting concept the park invites tourists, local residents and people working at the Zollverein colliery to explore the area after dark, as well as during the day. At the same time the colliery premises emerge from the cityscape at night as a distinct entity and create a long-distance effect which is worthy of this World Heritage site.