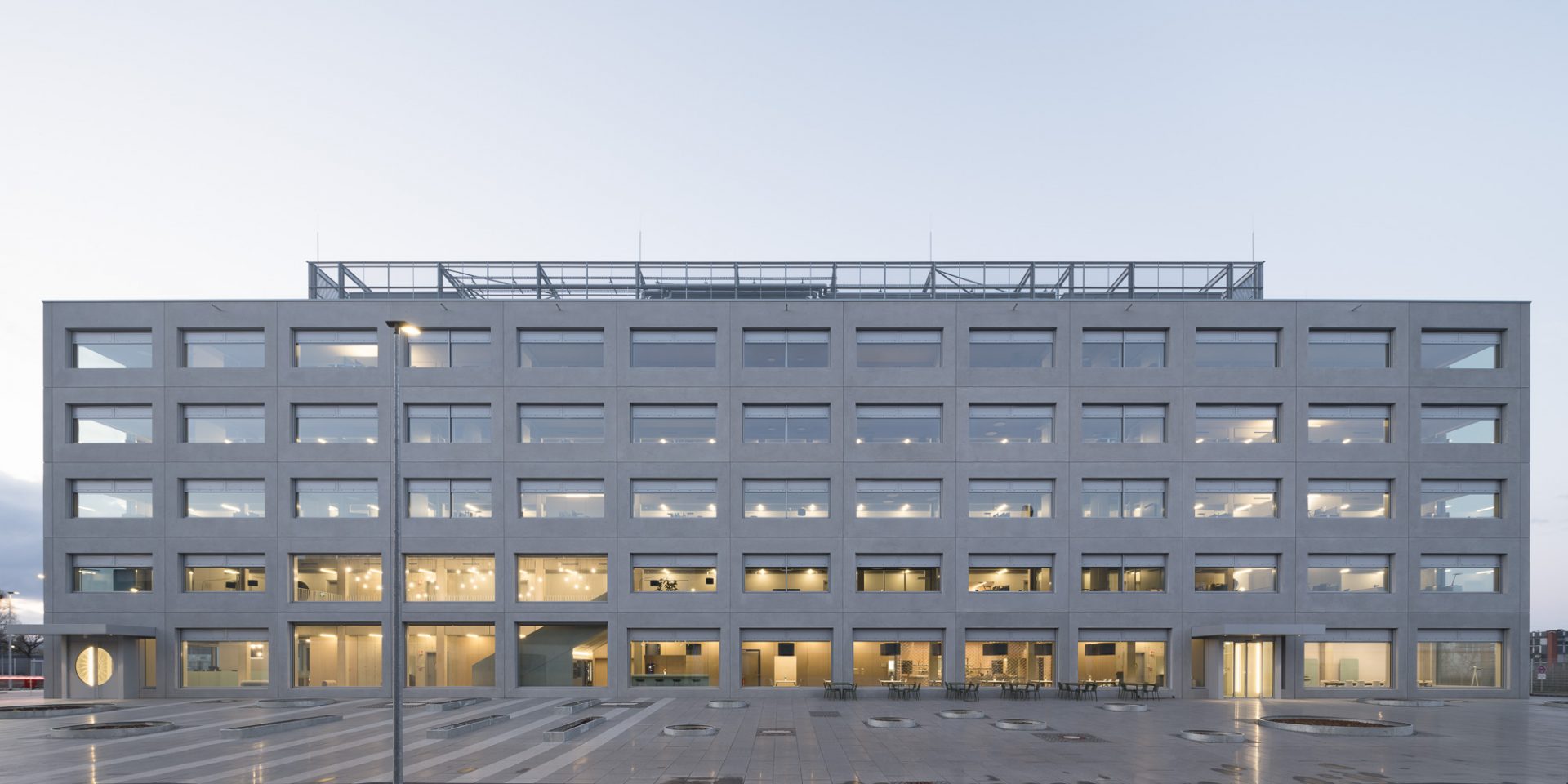 The innovative new office building in the immediate vicinity of Hanover-Langenhagen Airport is part of an extensive plant expansion by MTU Maintenance Hannover GmbH.
Located in a prominent location on the factory site, the modern new building design by Reichwald Schultz & Partner from Berlin and Hamburg provides a prestigious company headquarter and space for around 300 employees of the engine specialist.

The development of a versatile multi-space office calls for the highest degree of flexibility to meet the different requirements for various uses of the building. In the spacious open plan office floors, after long-term mock-up trials, the decision was made in favor of flexible desk luminaires instead of free-standing luminaires. Thus, allowing all requirements for a modern, functional and atmospheric workplace illumination to be met. The possibility of individualizing direct and indirect lighting components in combination with Tunable White technology via Bluetooth control, creates a user-centered office illumination. The mobility of the luminaire makes it suitable for all office types in a multi-space ensemble and blends harmoniously into the architecture.

The entire lighting design was subject to strict budget constraints, which were nevertheless maintained with the highest lighting quality in a contemporary implementation.

In the corridors and reception areas, LED light strips were integrated into expanded metal panels for general lighting, while the same light fittings were implemented as surface-mounted wall and ceiling luminaires in the stairwells. The lighting elements blend into the aesthetics of the building in a minimalist way. In selected areas, a more elaborate illumination was implemented to meet the various space and user requirements. While lighting elements were integrated into decorative acoustic pendant objects in the cafeteria and gastronomy area, a round, circumferential LED light cove with a central ring chandelier provides atmospheric lighting in the spaces designated to creative project work. Another special feature is the seating staircase on the 1st floor as a place for social gatherings and informal exchanges. It is decoratively staged with a sculpture of free-hanging LED filament lamps with elegant cable loops and complemented by surface-mounted downlights.

The exterior lighting of the building’s expanded metal facade showcases MTU’s blue corporate color with the help of an LED light line on the technical floors, the ground floor and on the roof. This lends the building an impressive long-distance effect.

Throughout the project, the focus was on a minimalist and cost-efficient lighting design that produced very good results with a high quality of light and flexibility for the user, and was entirely executed in LED.