Go back to PROJECTS
Medienfassaden & Lichtkunst

Symbolic Light Art on the Sparkasse Office Tower in Hanover

In a multi-year construction project, the Hanover Sparkasse fully renovated its headquarters near the central station and now presents itself in a new design. With its tallest tower being 70 meters high, the building ensemble is among the most prominent edifices of Hanover’s city center. Since the building was technically outdated, the architectural office schulze & partner. architektur. was commissioned in 2010 to design and plan the renovation project. 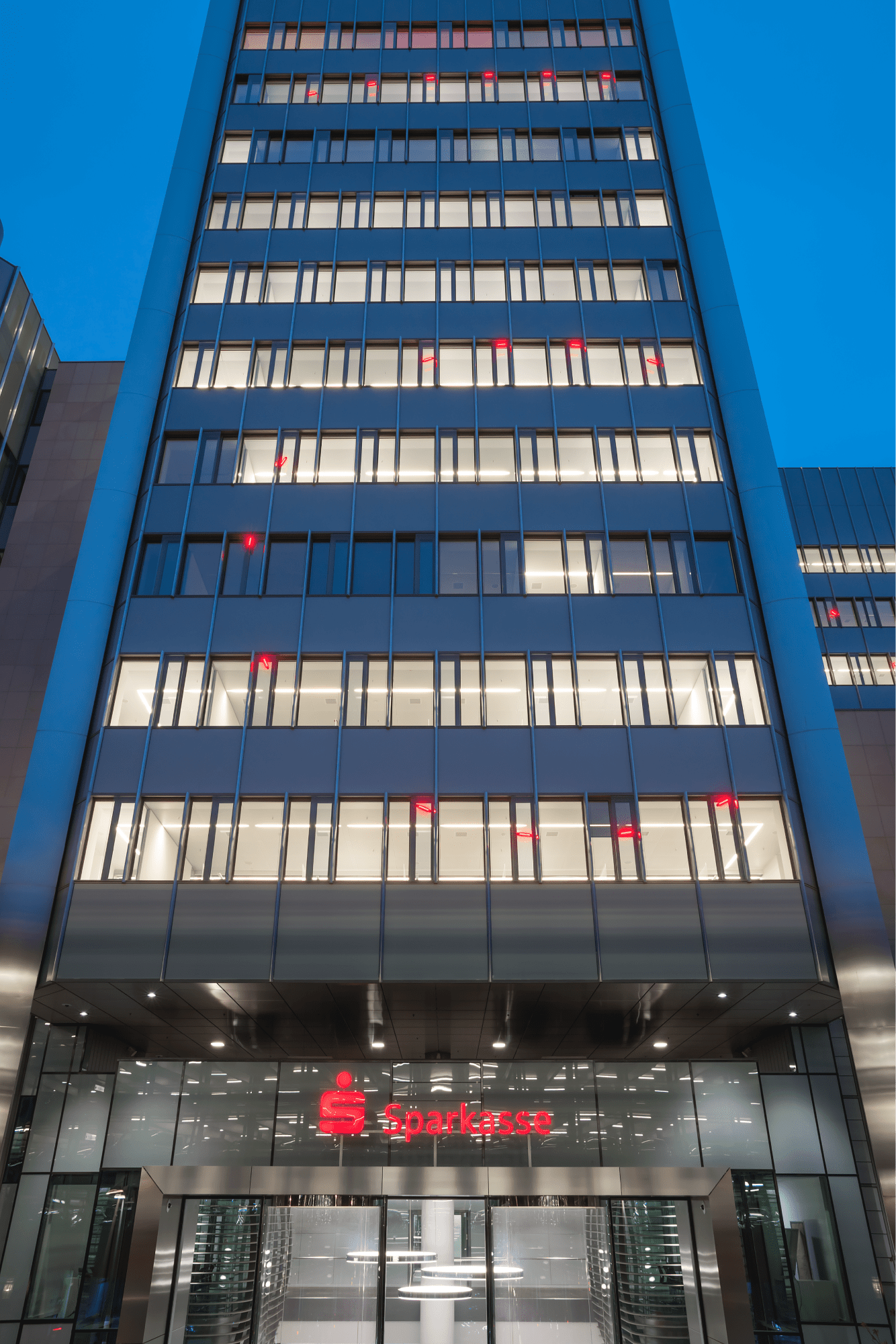 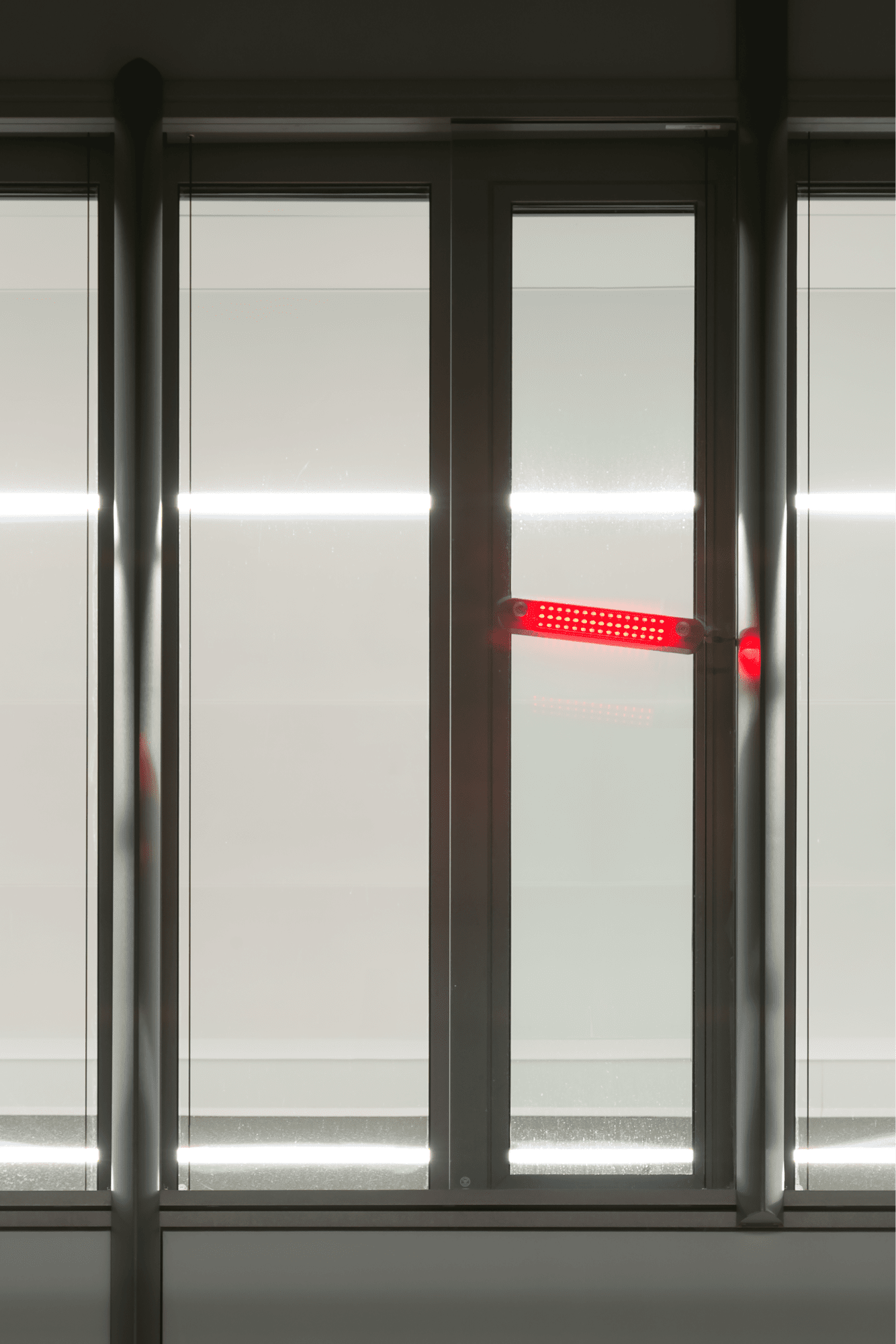 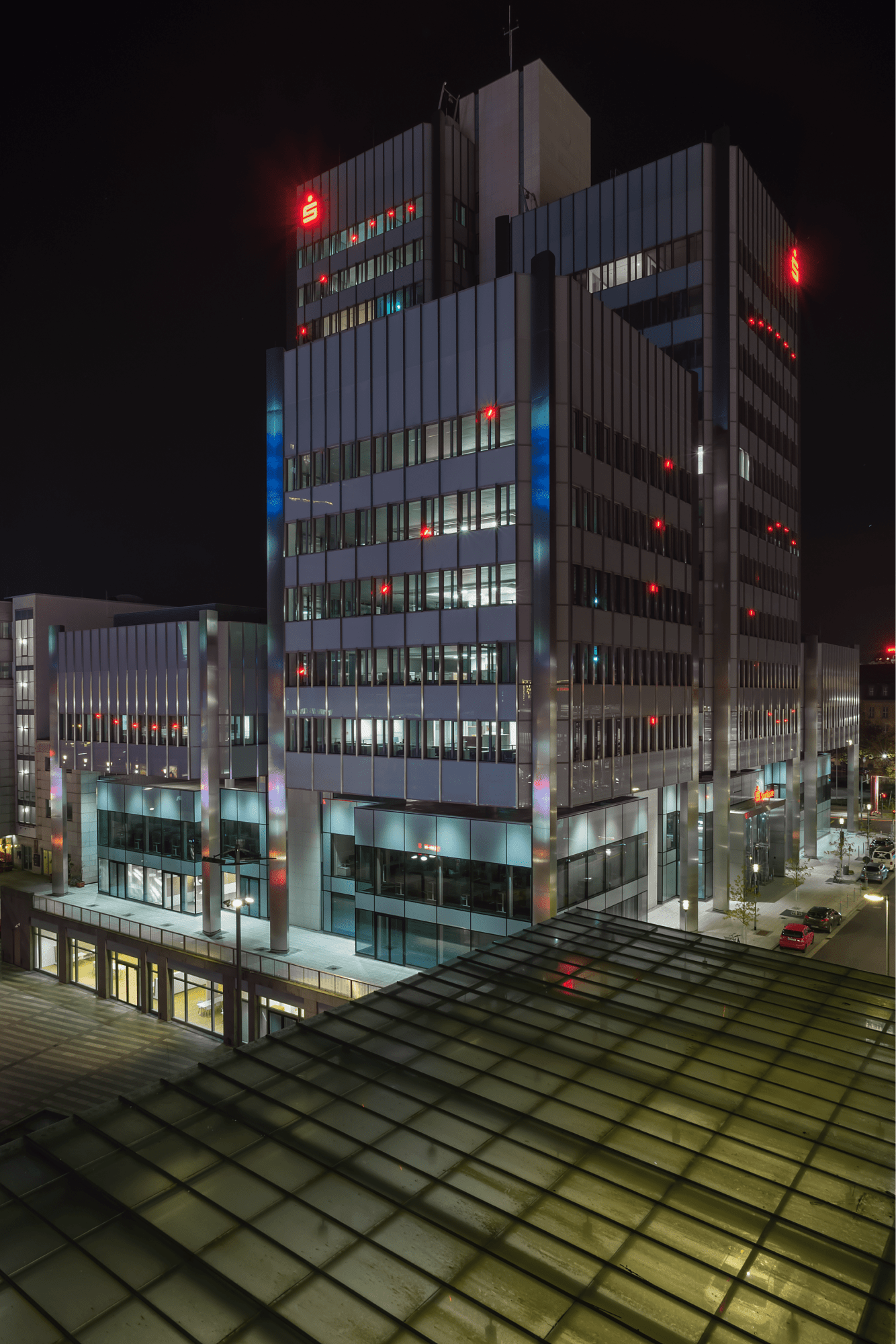 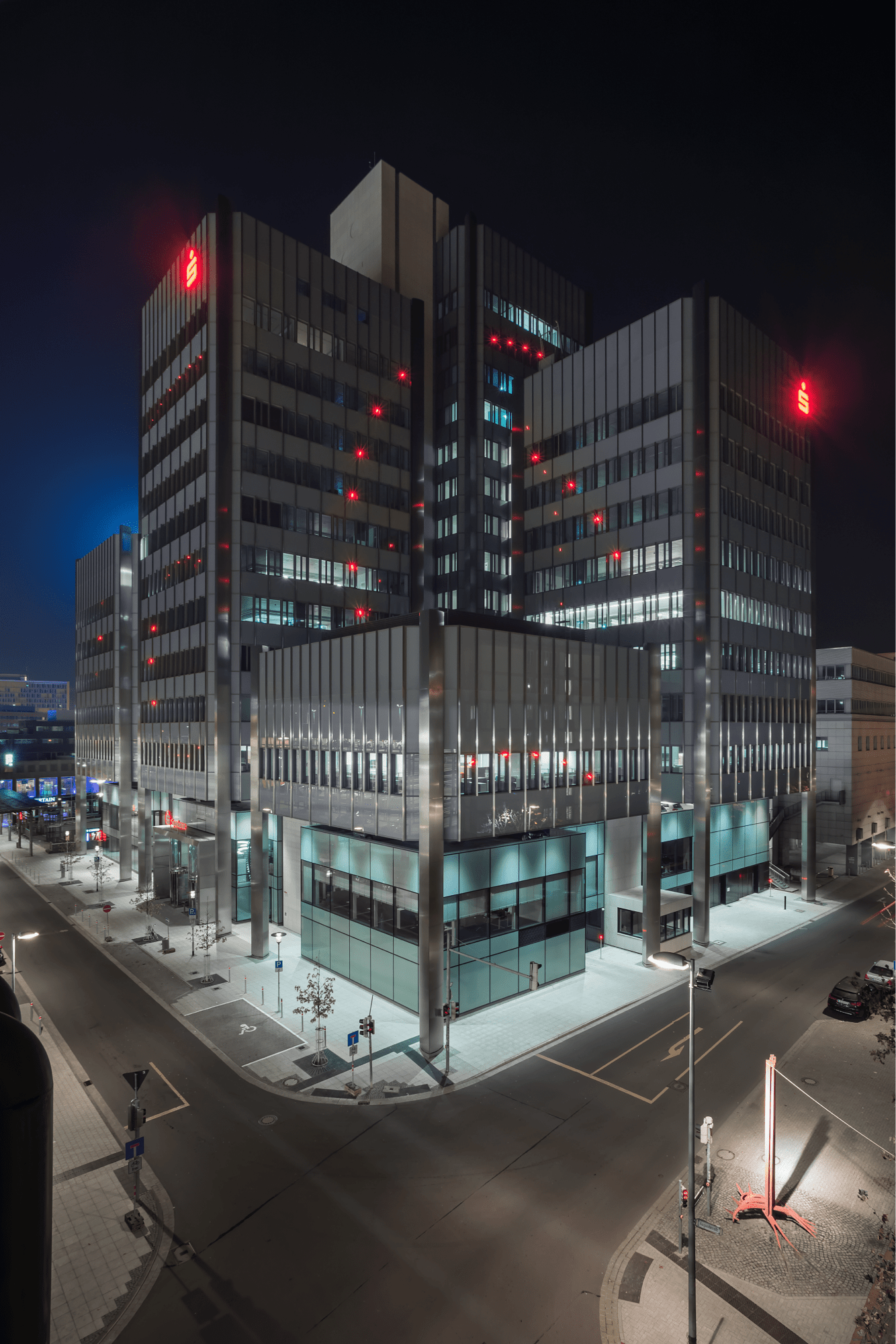 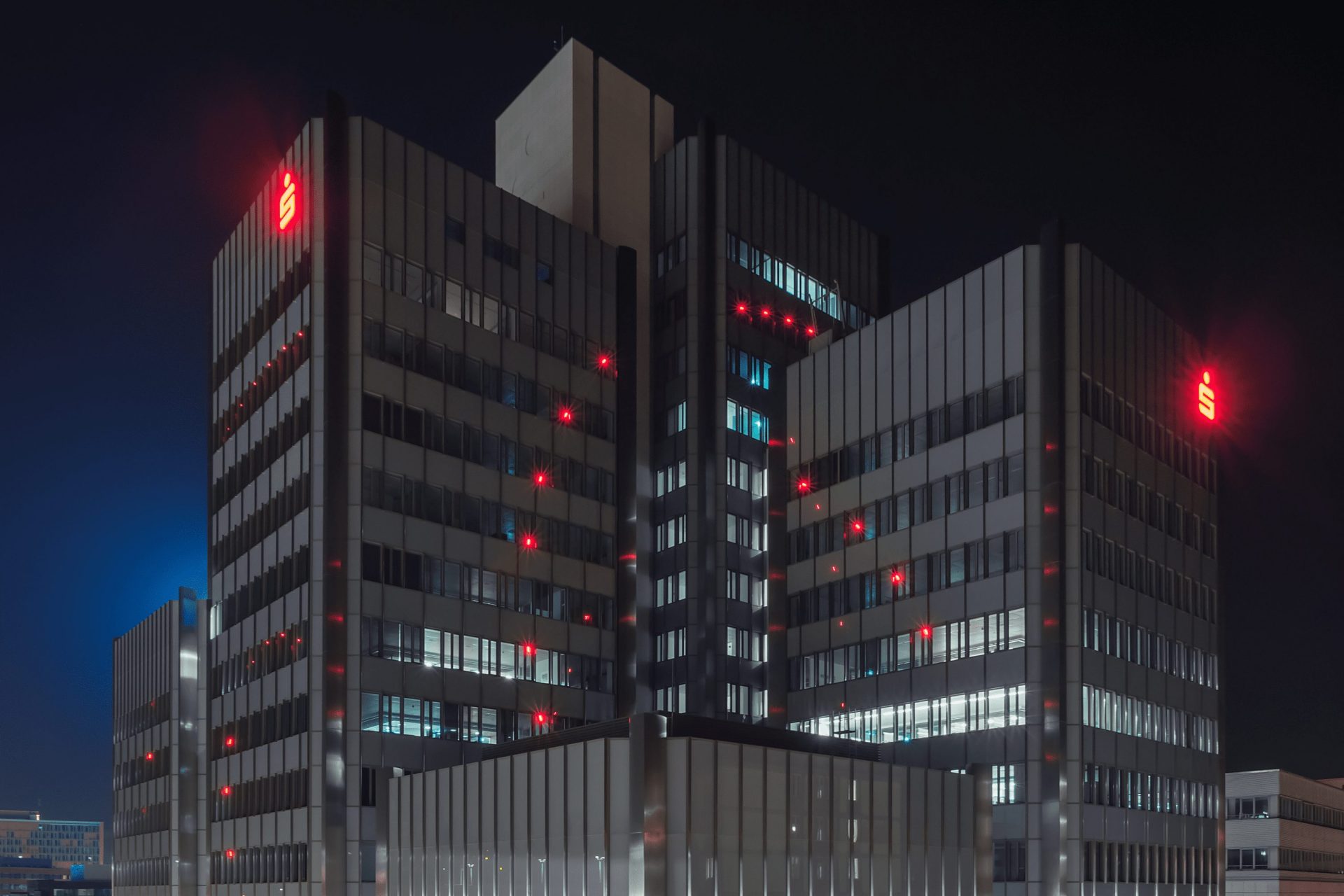 Based on a symbolic design approach, Licht Kunst Licht developed the light art installation “icoon”, which enters into a suspenseful dialogue with the staggered volumes of the high rise towers. Simultaneously, it creates a significant visual presence, despite its deliberately calm lighting effect. Forming the maximum possible contrast with the massive cuboid building towers, eight filigree light arcs – varying in diameter between 16 and 67 meters – are positioned to form an enthralling interrelation between the architectural volumes as well as each other.

A total of 82 individual linear RGB custom luminaires are mounted in such a way that they visually complement each other by forming circular arcs. They can be addressed individually via a central light control to change their brightness and light color. Yet, the lighting designers have deliberately constrained the programmed light scenes to the color red, and created a choreography of only a few calm motion sequences. Due to many offsets in the facade structure, different viewing locations throughout the city yield ever changing formal relationships between the luminous elements and the building volume. Attentive observers will also recognize an analogy between the luminous arcs and the circle above the “S” logo of the Sparkasse.

Compared with conventional facade lighting or the operation of a media facade over the 13,300 m2 office building facade surface, the light art installation uses only a fraction of the required energy. During the hours of operation of the programmed light scenes, the illuminated fittings have an overall consumption of approximately 30 watts. Although the 82 light lines add up to a total of only about 20 meters, the scene programming creates a wealth of constellations with spatial effects in all directions. As a result, the light art installation “icoon” on the Sparkasse building gives the nocturnal inner-city environment a fresh look with a striking light display.