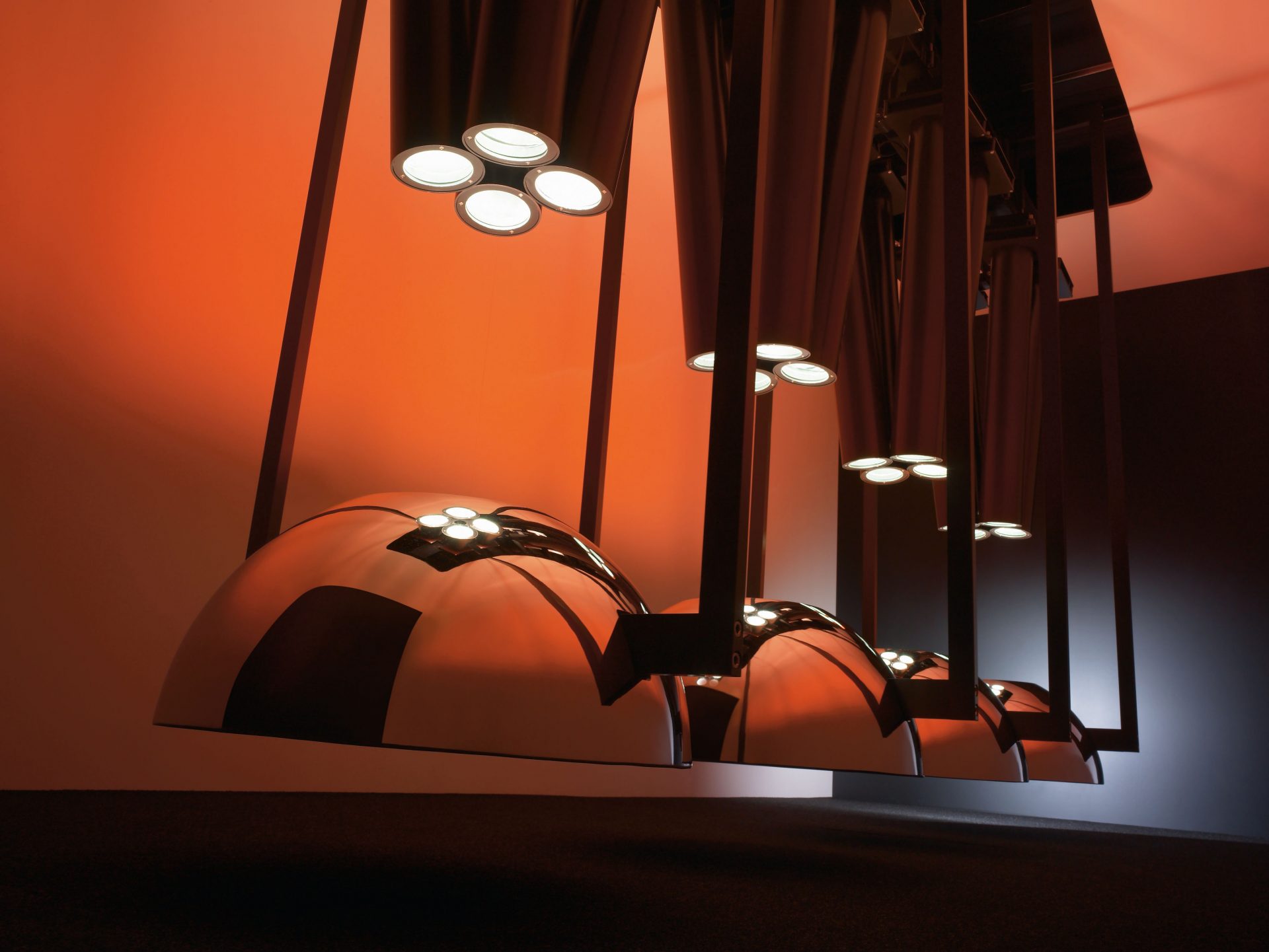 Philips Lighting has been presenting its road shows since 2003. The company dispatches a number of shipping containers with interiors designed by various architects and lighting experts. Free of the restrictions of an actual construction project, unfettered by norms and regulations, the designers can give their imagination free rein and showcase new possibilities for modulating spaces with light. 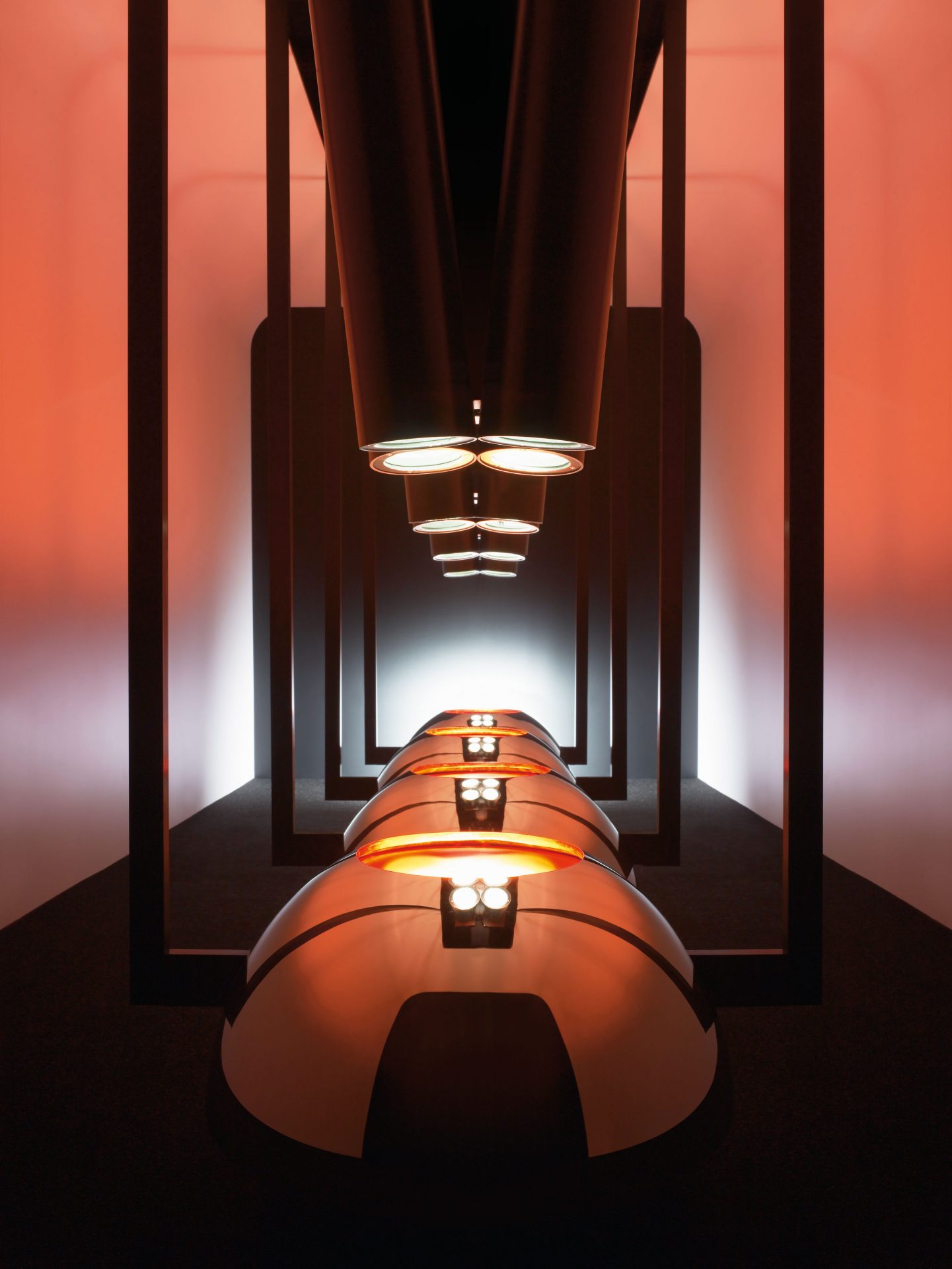 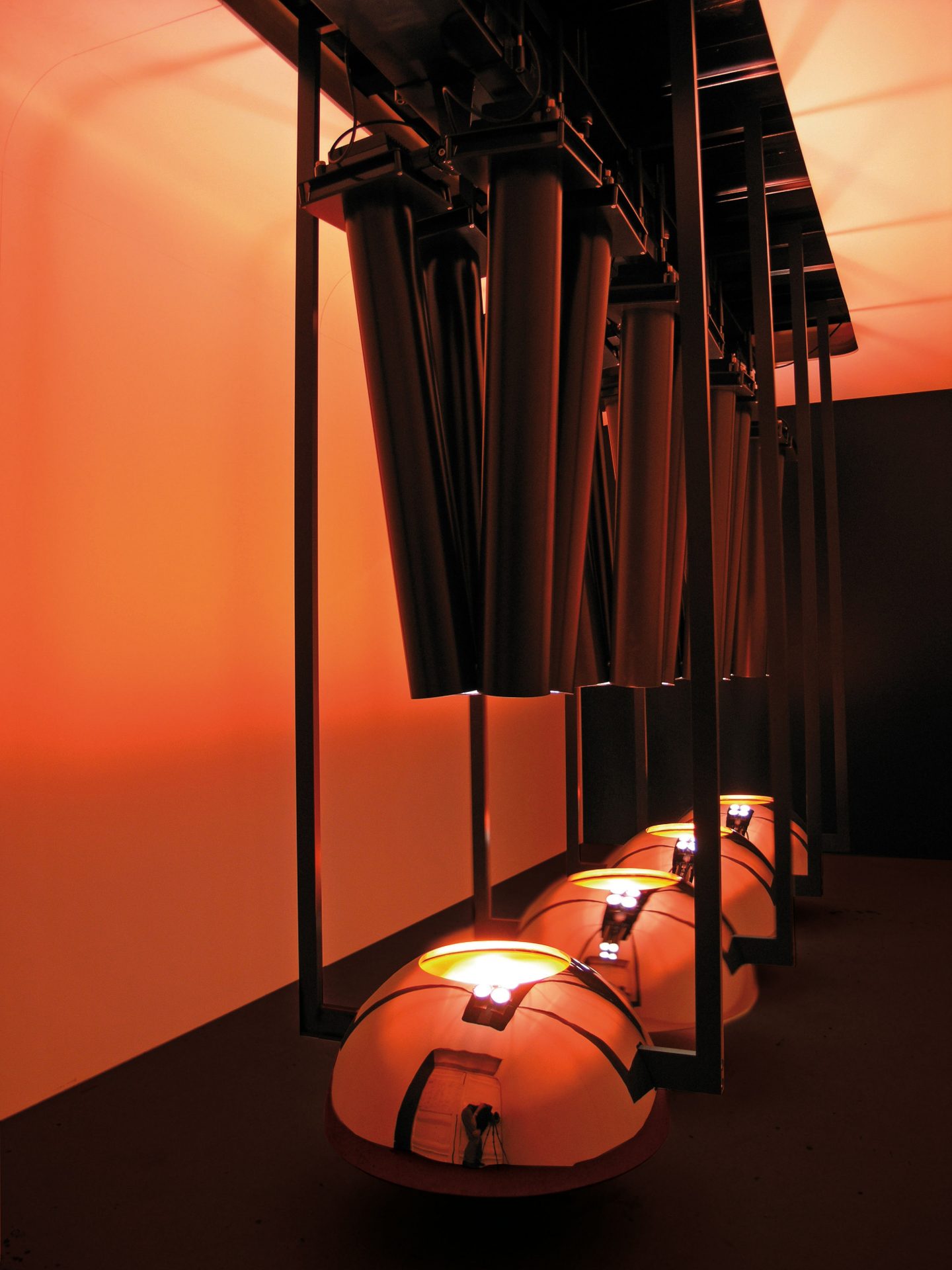 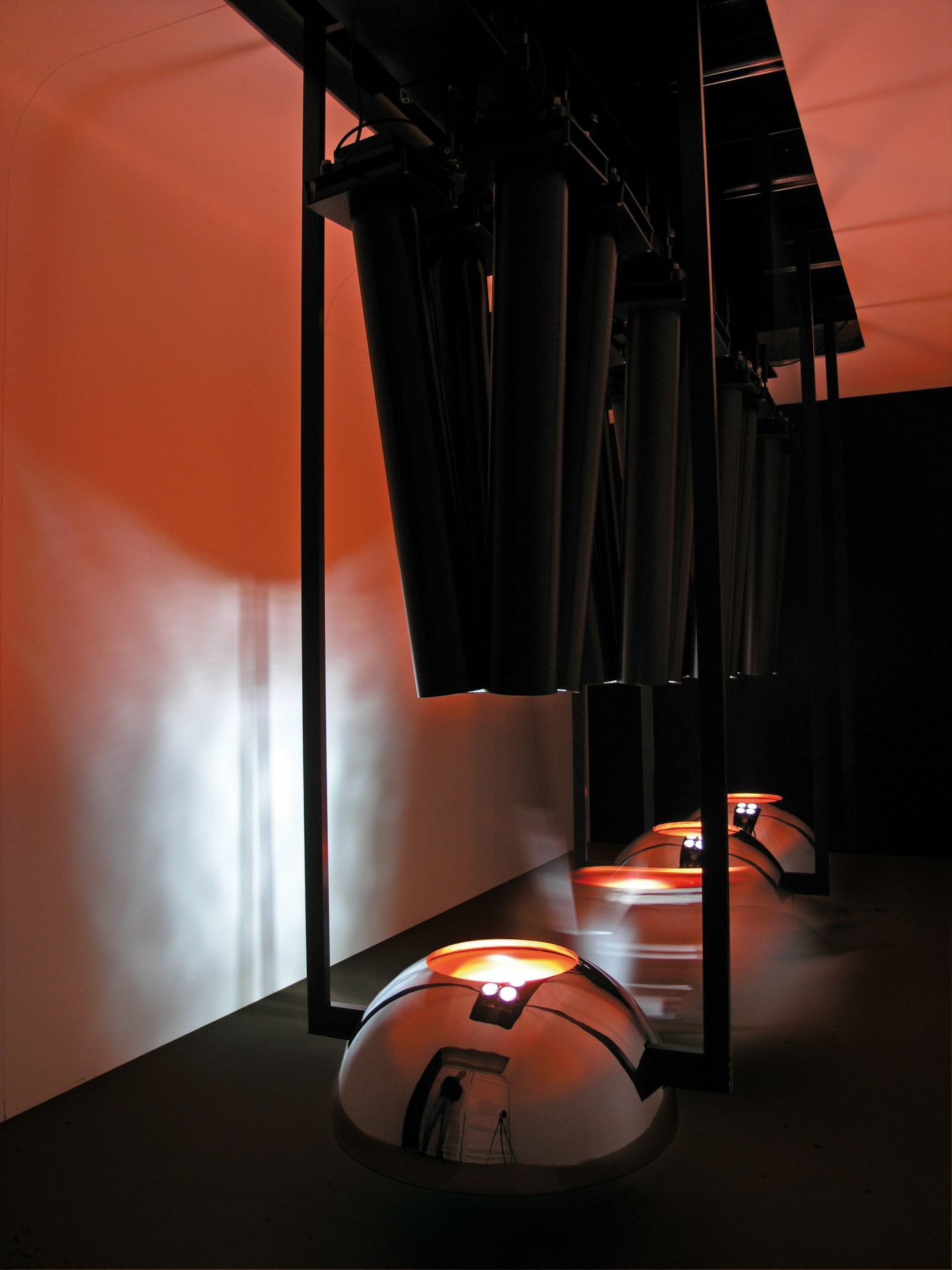 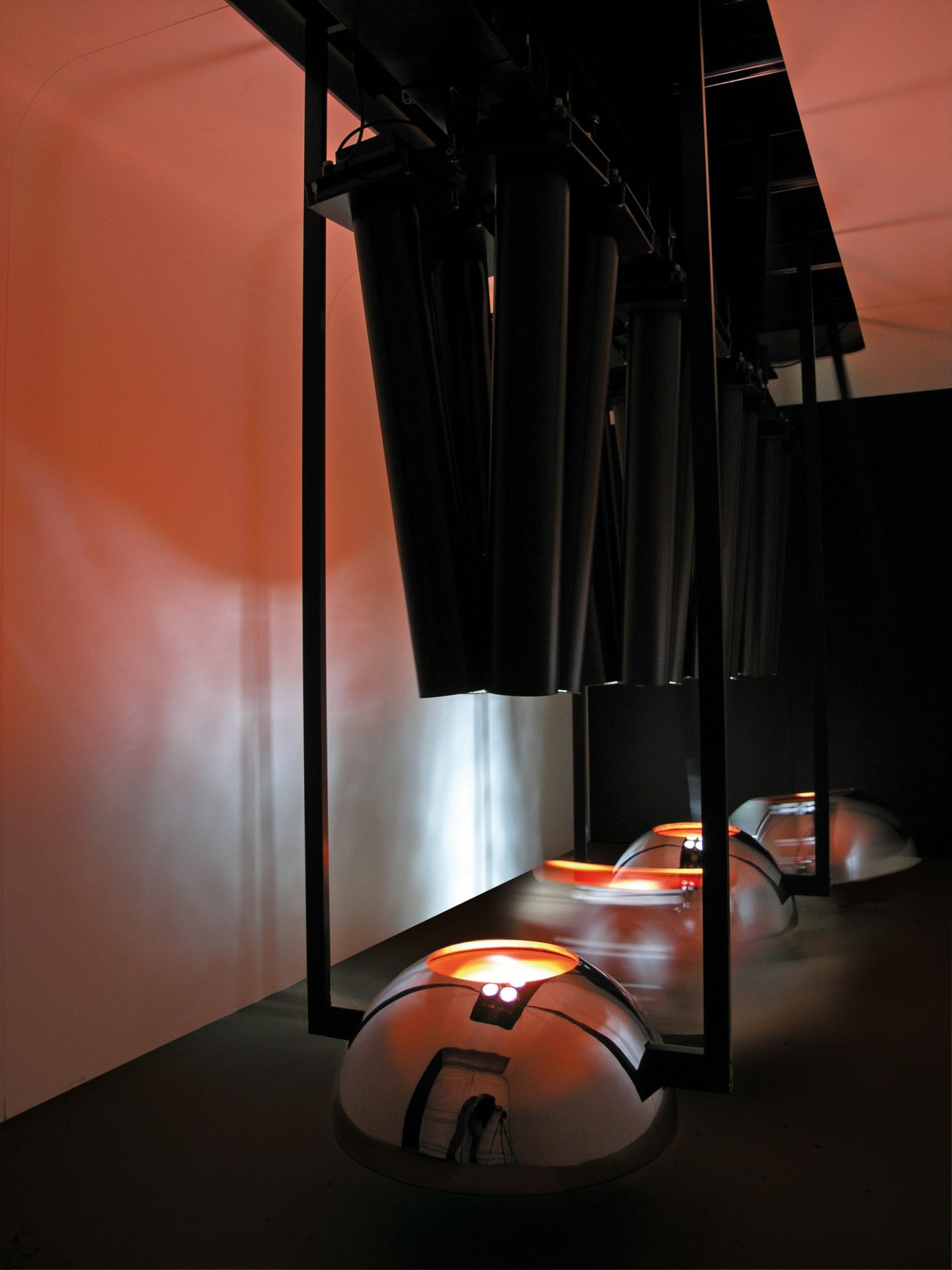 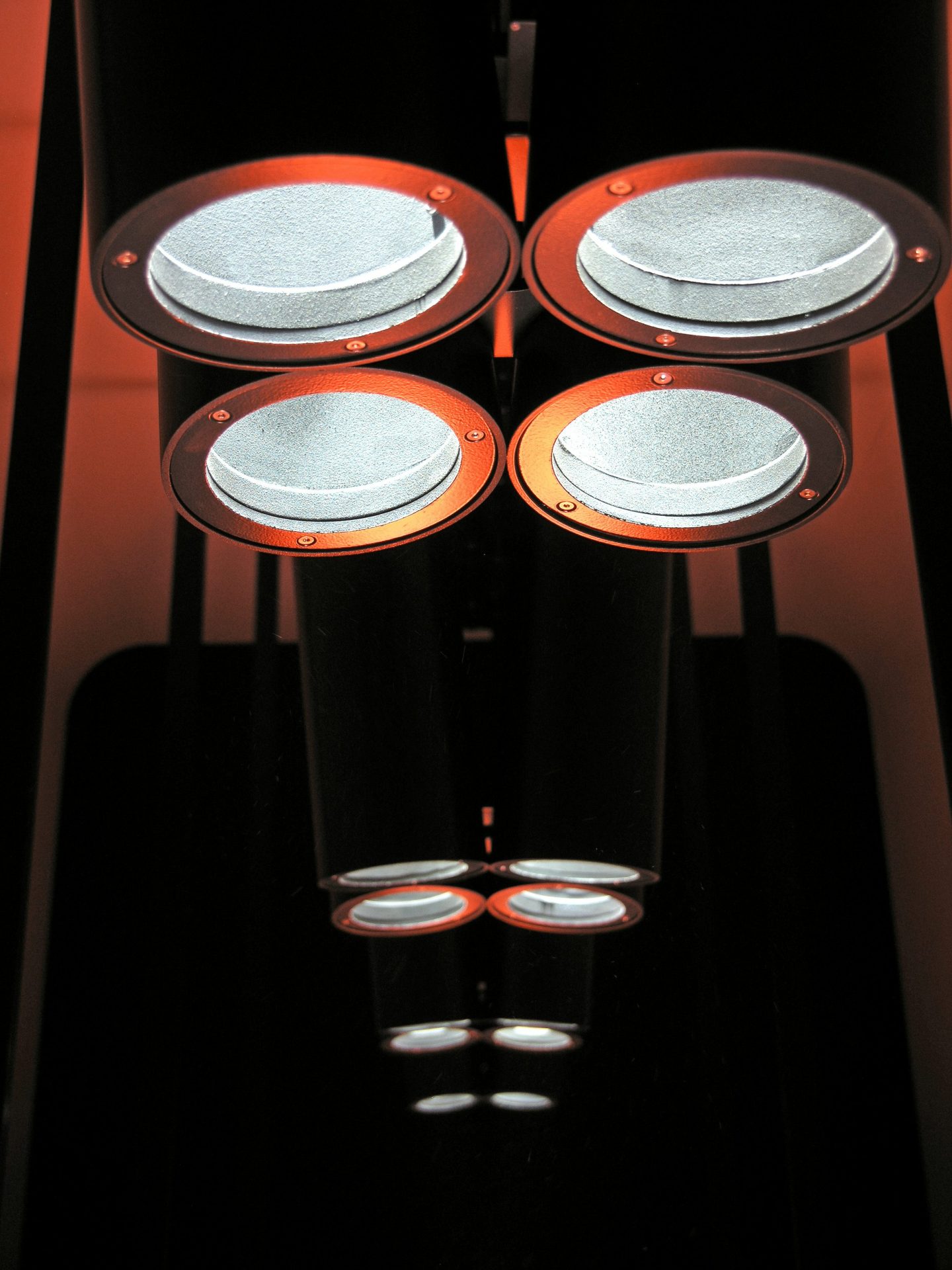 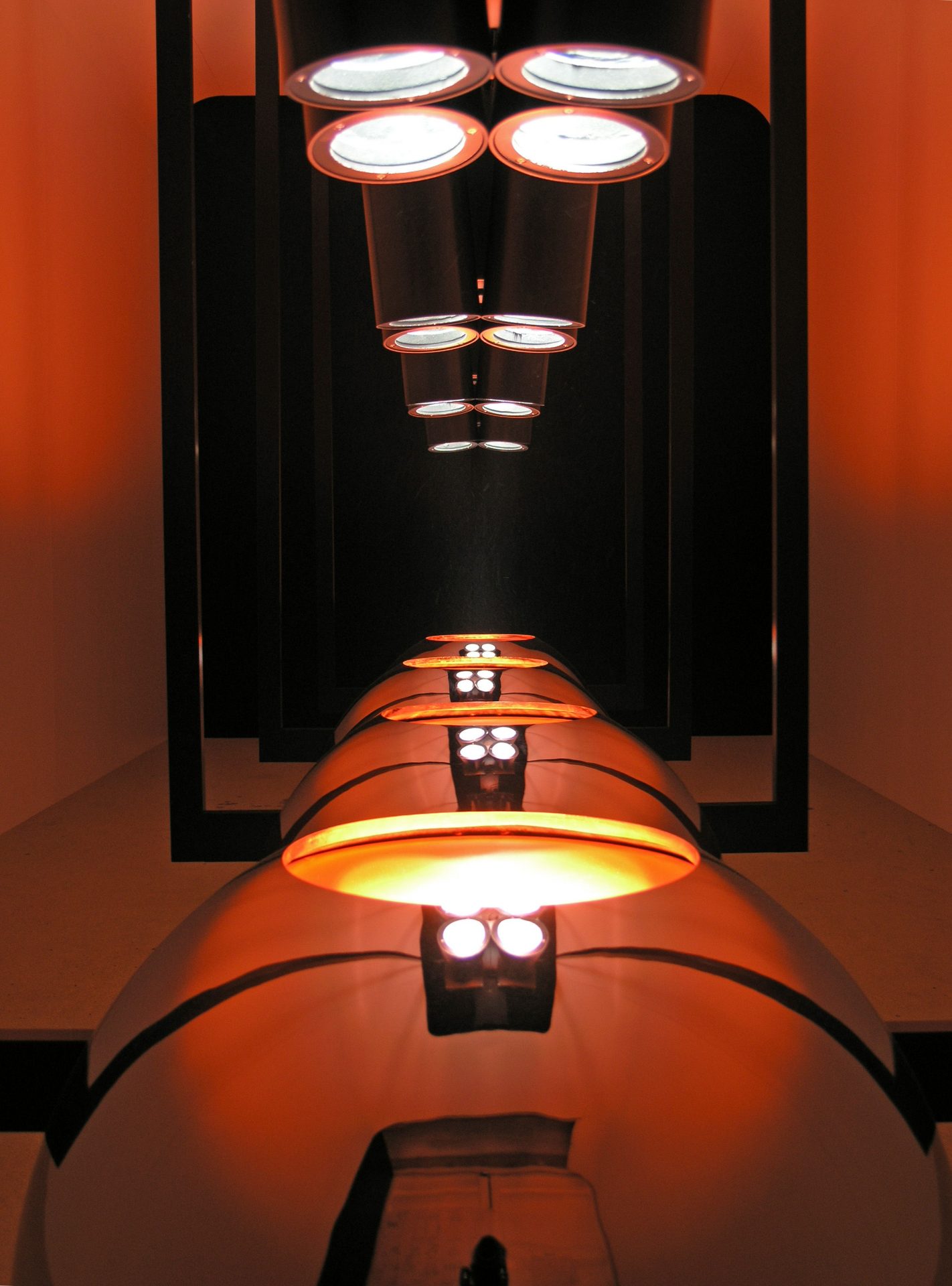 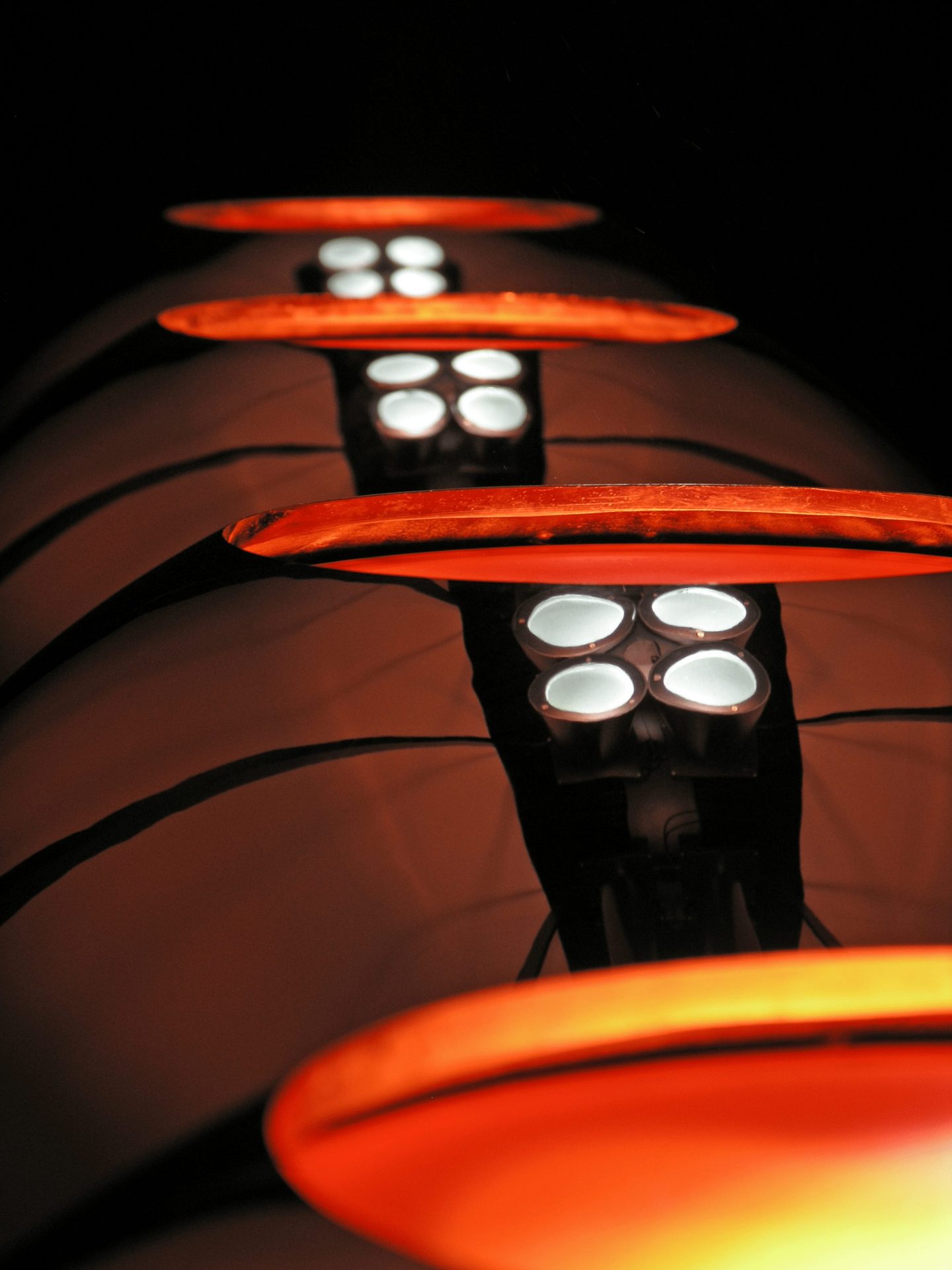 For the 2007/2008 road show, a container called “Four Spheres” has been developed. Dominating the space within, four large pendant hemispheres were suspended from the ceiling just above the floor. Visitors might have felt as if they were in the contemporary version of a belfry: attention inevitably focused on the four specular metallic hemispheres since the space was otherwise completely empty.

The space was defined by light in ever-changing manifestations. The installation relied on the audience’s curiosity, its urge to experiment, and the play instinct. Without visitors the space returned after a while to its quiescent condition. This was defined by red light, whereas in reality the light was white – only the reflection from a red surface made the room appear red. This feature, however, was not immediately apparent, but could only be discovered through interactive and playful exploration. Rather like a cinema screen, the ceiling and walls became projection surfaces and the container was filled with the moving pictures created by the play of light – not silent pictures, either, but accompanied by the sounds made by the four spheres as they collided.

The “Four Spheres” installation invited visitors to playfully interact with it; the audience assumed a key role in ensuring that light was perceived in a variety of manifestations. Light traced rhythmical curves across the walls and ceiling.