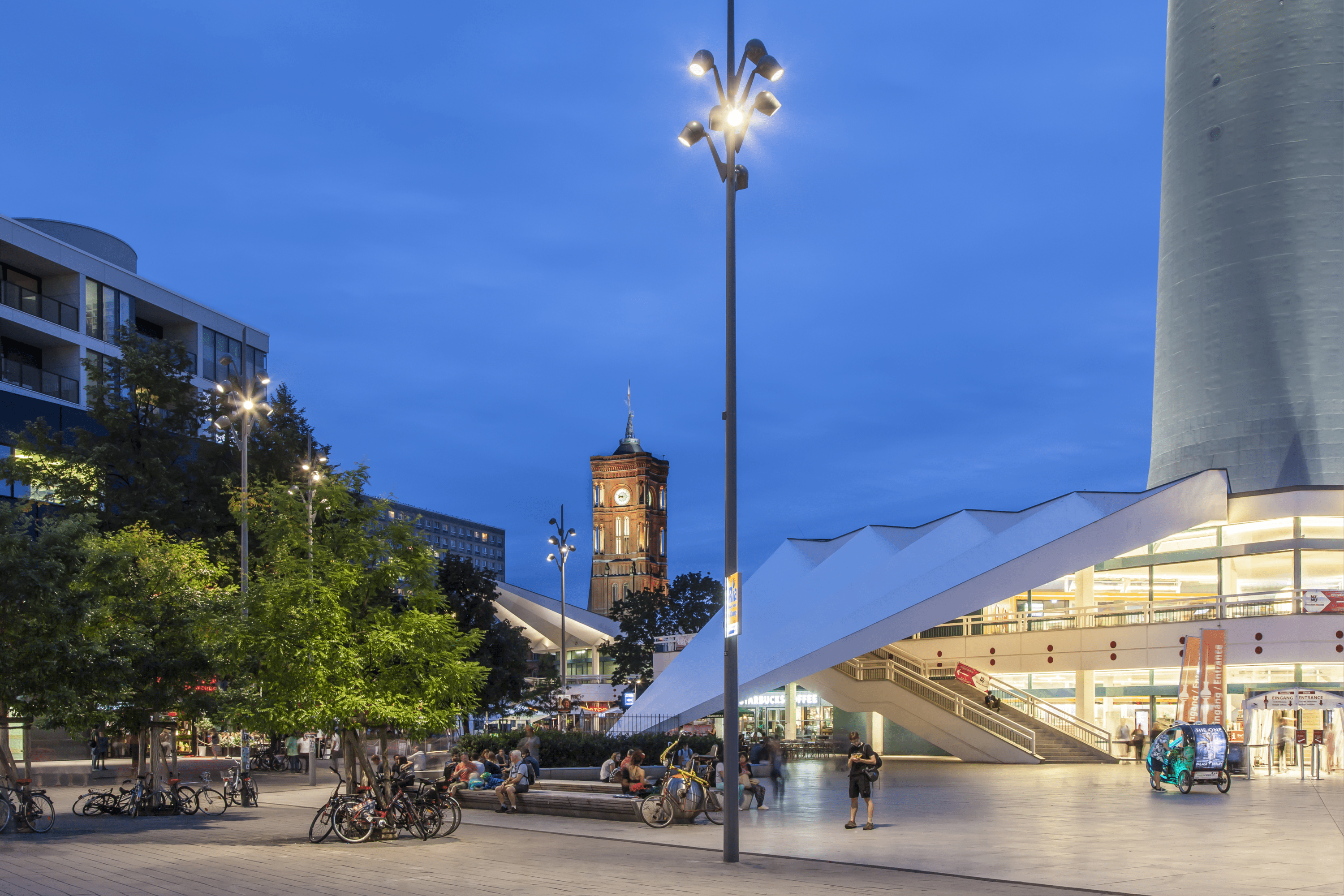 The urban space around the television tower at Alexanderplatz is one of the most prominent and frequented locations in Berlin and has been reinterpreted and redesigned by the landscape architects Levin Monsigny. The careful transformation of the urban landscape, all while considering its existing design, central location, and the GDR history, has produced a modern, functional plaza with high urban significance. The lighting concept supports this high intensity usage by heterogeneous user groups, while supporting the diverse gathering areas with different lighting atmospheres. The lighting is carefully attuned to the landscape concept and offers a high-quality visitor experience. In addition, this urban plaza has received a new, friendly identity, which is inviting both as a lingering spot and for lively gatherings. 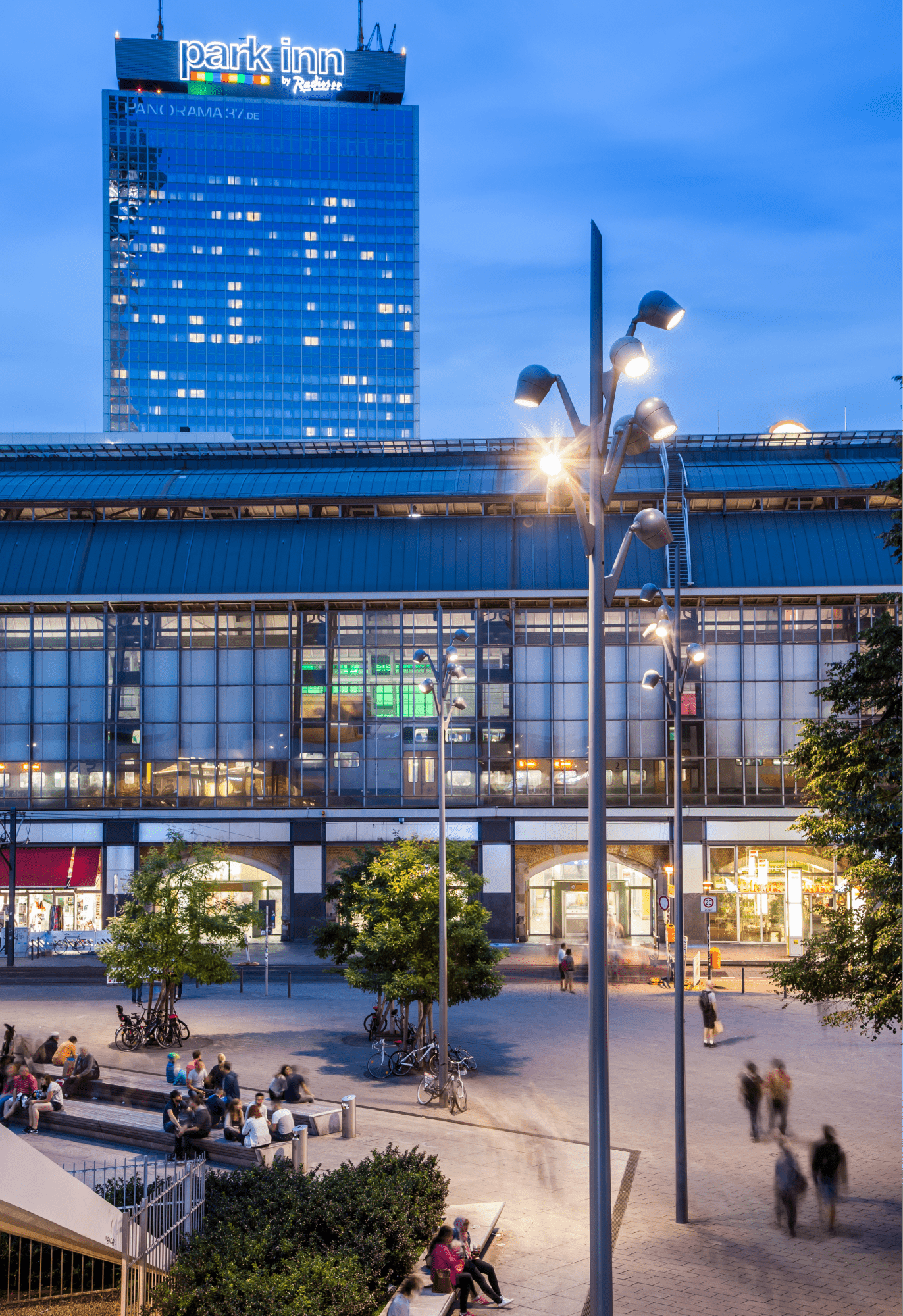 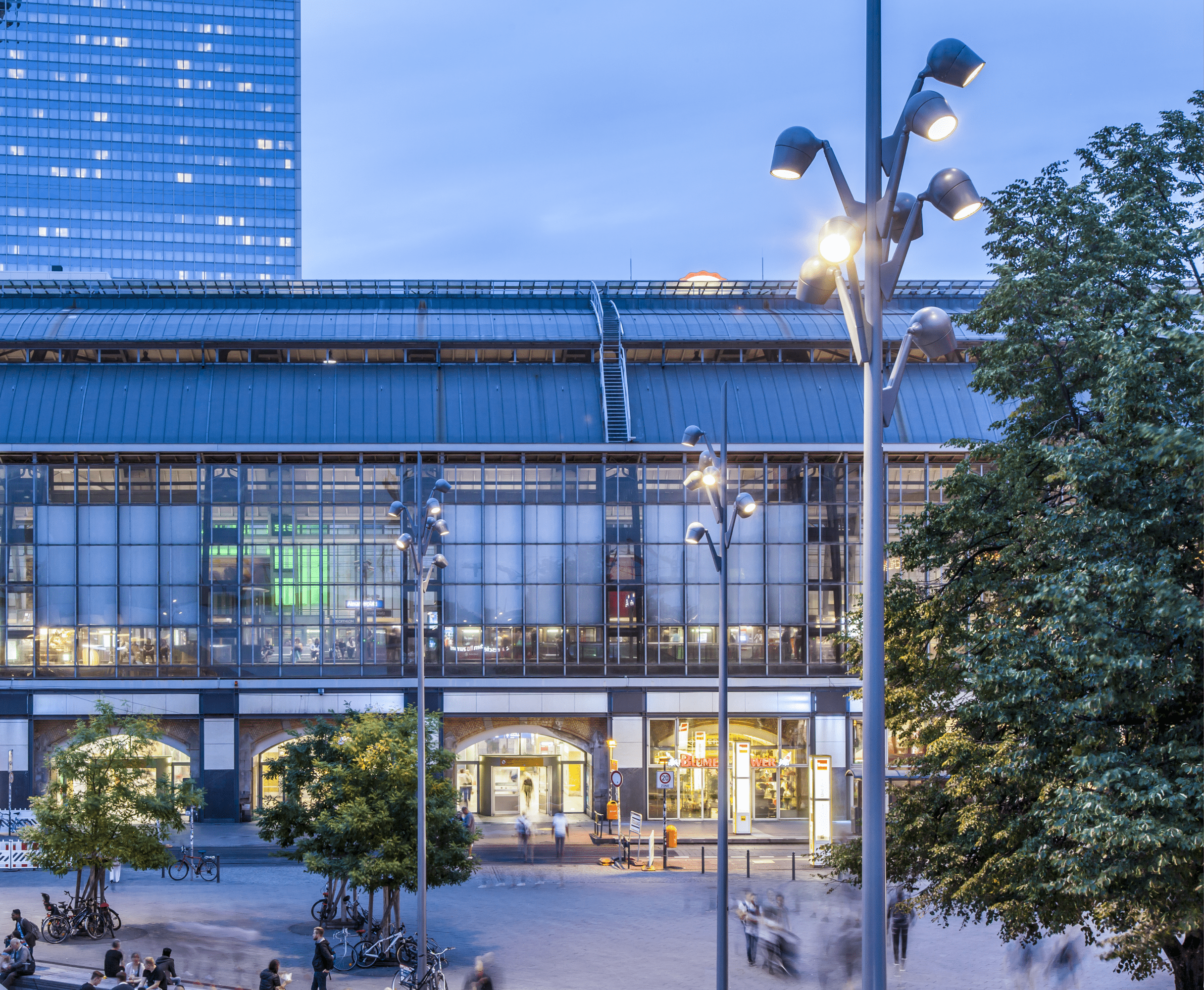 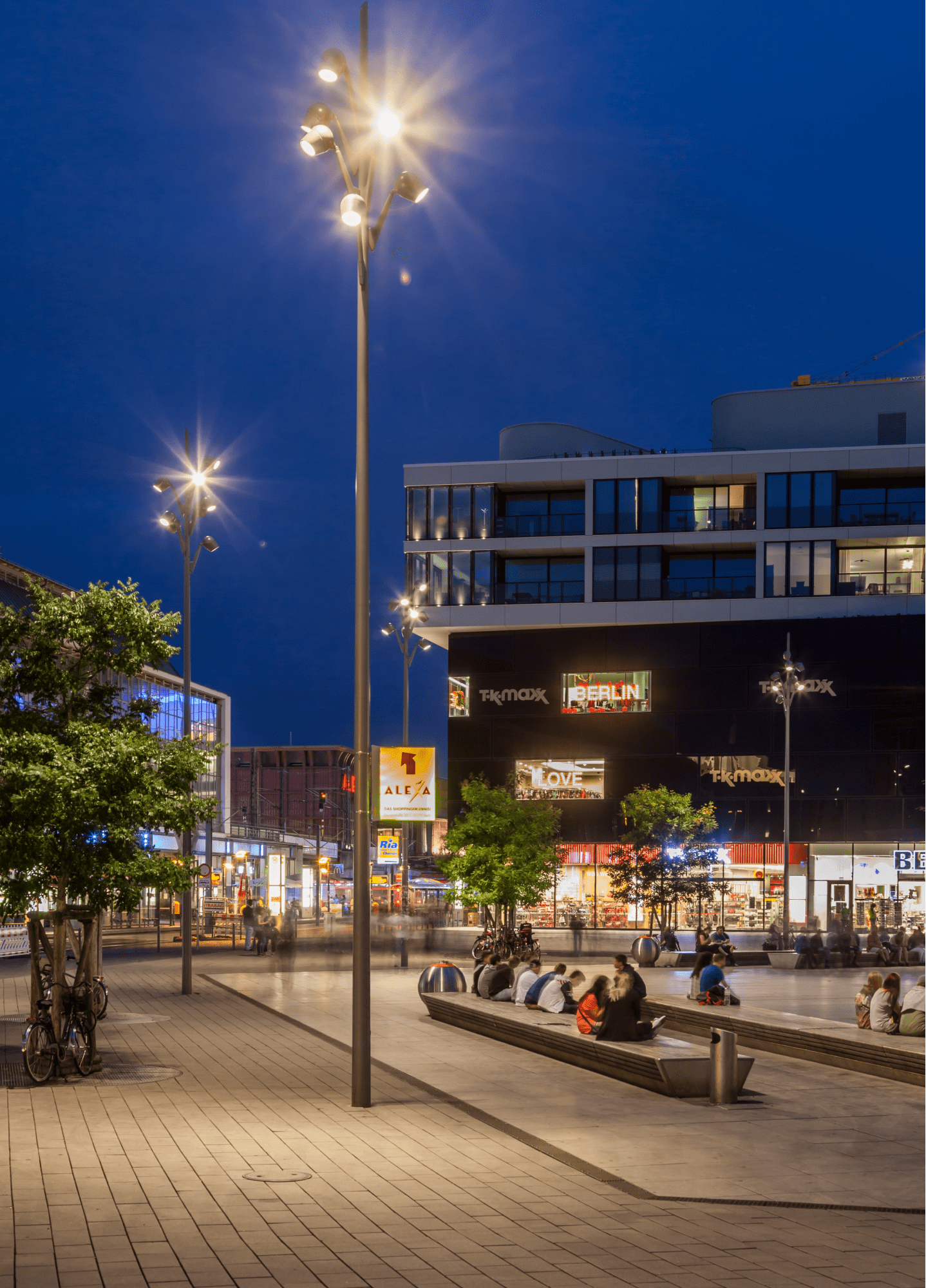 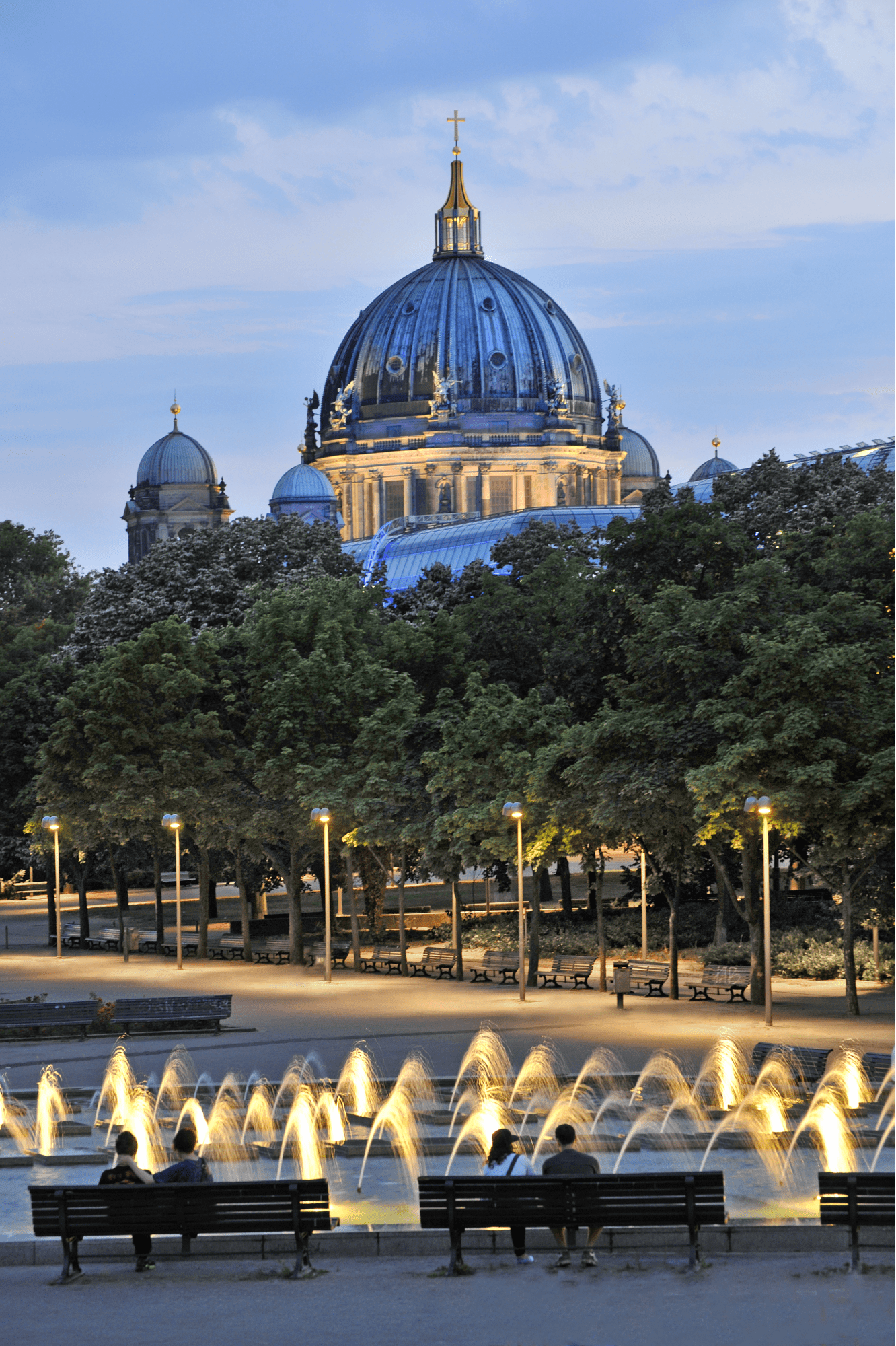 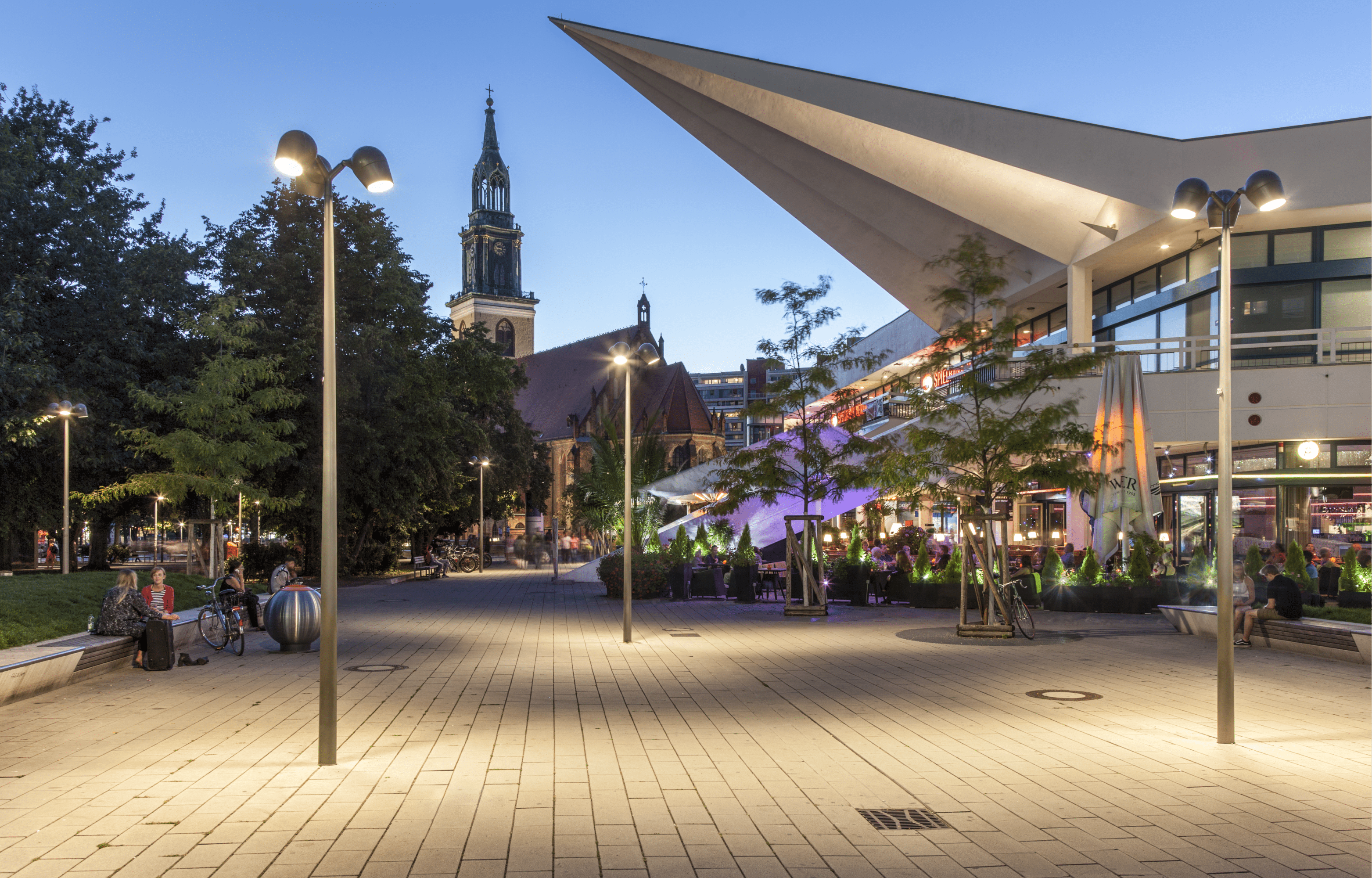 The landscape architects have defined three area typologies which are individually emphasized by their lighting. The area in direct proximity to the television tower is the so-called “town square” with an airy, open character. The area between Spandauer Strasse, Karl-Liebknecht-Strasse and the television tower is called “city garden,” which connects the Neptune Fountain with the cascade fountain through its main axis. This area has an ordered character with its raised garden beds and two rows of trees. In contrast, the area between Spandauer Strasse, Karl-Liebknecht-Strasse, and the river Spree is defined as a “city park” with more natural vegetation.

The lighting concept’s dramatic composition reflects these three defined area typologies by increasing illuminance levels to emphasize the transition from vegetation to built-up space; from low light levels and more natural vegetation along the Spree promenade, towards higher illumination levels at the built-up urban area at the train station.

The leitmotif for the lighting concept is, on one hand, the well-being and safety for the users alongside a clear orientation and indication of prominent points during the evening hours. On the other hand, the reality that green areas are generally not highly illuminated in Berlin has been taken into account – as the areas “city park” and “city garden” are both defined as green areas. For all remaining areas, well-shielded fixtures with directional light define the nighttime image while circumventing disturbing sources of glare. Furthermore, the entire site is connected through a consistent luminaire design vocabulary, thereby avoiding a wide diversity of luminaire and lamp types.